The WSJ op-ed page is not for the faint or sound of heart, but its confusing defense of News Corp. is plain embarrassing. 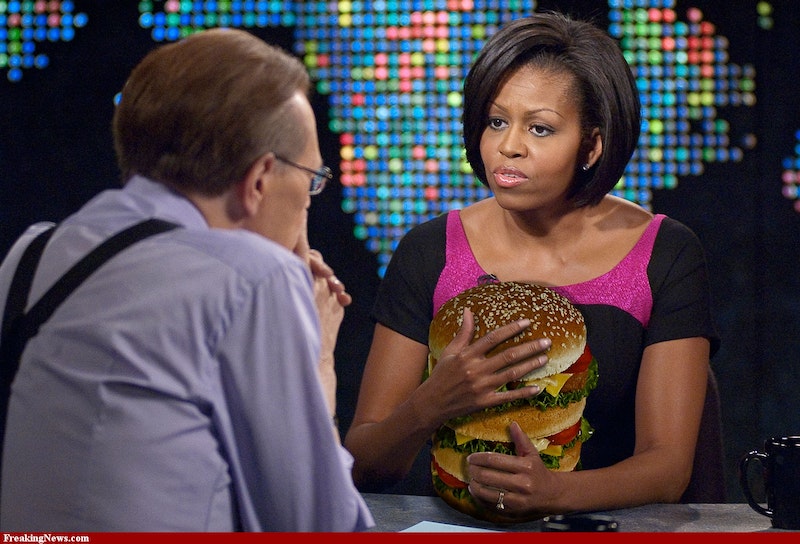 The only media item that might—might—hold its own against The Washington Post’s “news and policy” article enlightening us to the fact that Michelle Obama ate a fucking cheeseburger, is the still-evolving ridiculousness that is the curt end to the British weekly rag, News of the World, and the subsequent scandals surrounding its parent company, News Corp, and its patriarch, Rupert Murdoch. It collapsed under the weight of its unsettling journalistic tendencies—namely, hacking the phones of kidnapped/murdered children, bribing police officers, and other schemes.

In the United States, allegations that News Corp. hacked the phones of 9/11 victims cuts as close to the bone as is possible in the American zeitgeist. And for media junkies and political partisans, there is the hope that Murdoch’s crown jewel—The Wall Street Journal—will escape unblemished (ignoring, for the moment, that the paper’s publisher has resigned and facing the heat in London for his actions from several years ago) and that, maybe, Murdoch’s workhorse, Fox, will experience some second-hand humility from the whole affair. That last sentiment is mostly my own. The network’s faults, failures, and lunacies are too numerous to name here; my thoughts toward potential Fox fallout follow my reaction to utterly unsubstantiated rumors concerning the Ohio State University basketball program getting down with some point-shaving. I’m a Michigan man; I’m happy to see Jim Tressel gone and the program shamed for its idiotic disregard for basic ethical dicta; and I sincerely hope there’s nothing behind the point-shaving rumors. It would be bad for all of college basketball. I think Fox News is about as bad an outlet for news as World Net Daily, but I don’t hope the network is guilty of terrible and odious bouts of corruption.

But my hackles are up. They shouldn’t be, but there they are, flaring like my ulnar neuropathy. Fox is News Corp.’s breadwinner; it has achieved this status through Murdoch’s moguldom and a near-perfect mixture of pandering, fear mongering, and bullshit. Two words: Glenn Beck. Two more: Sean Hannity. Fox is a lovely realization of media manipulation, vague populist rage, and crass politics. The Wall Street Journal, on the other hand, is a crown jewel because it’s the flagship daily for the world of finance. Its news staff is top notch, despite the slew of defections that greeted the Murdoch takeover. (It’s attempt to compete with The New York Times in local coverage failed, for the most part; its arts coverage is quaint, but can’t hold a candle to the NYT.) Thing is, most days you’ll find no better examples of the Right’s echo chamber than on the spittle-flecked back pages of the WSJ. So, I’m happy to ignore its shrieking, umbrage-filled editorial page in light of its positives.

It’s funny and depressing to watch Fox anchors attempt to define News Corp. as the victim in the phone-hacking scandal. That’s what Fox News anchors do. But a recent editorial in the WSJ throws to the wind any hope that the opinion section of such a vaunted newspaper has the ability to self-reflect without a. getting defensive or b. looking like an idiot.

It is also worth noting the irony of so much moral outrage devoted to a single media company, when British tabloids have been known for decades for buying scoops and digging up dirt on the famous. Fleet Street in general has long had a well-earned global reputation for the blind-quote, single-sourced story that may or may not be true. The understandable outrage in this case stems from the hacking of a noncelebrity, the murder victim Milly Dowler.

You see? Other people did bad things, so stop bringing the noise to our parent company. No matter that this “single media company” owns enough “media” to influence (somewhat) elections and reverse-engineer public opinion to its lowest common denominator. But the cake of the Journal’s blinkered defensiveness is here:

We also trust that readers can see through the commercial and ideological motives of our competitor-critics. The Schadenfreude is so thick you can't cut it with a chainsaw. Especially redolent are lectures about journalistic standards from publications that give Julian Assange and WikiLeaks their moral imprimatur. They want their readers to believe, based on no evidence, that the tabloid excesses of one publication somehow tarnish thousands of other News Corp. journalists across the world.

Oh ho, NYT scribes, ya’ll published some WikiLeaks, so, like, yeah, shut the hell up. (Also, someone with half a BA in English Lit. should serve as the paper’s Ombudsman of Outrageously Stupid Metaphors to save the Journal’s op-ed page from itself.)

The credit Murdoch received for quickly shuttering the offending newspaper was quickly shadowed by the sense that this is only the beginning of long and painful process. Testifying in front of Parliament as I type this, Murdoch looks at times muddled, confused, and aging. To his rescue came his son and his wife (the latter giving a much-, much-deserved slap to the face of a dumbass comedian who shoved a pie in Murdoch the Elder’s face).

It’s depressing to see the WSJ resort to the same level as its Fox kin; it’s how it goes, though, but I refuse to end on a sour note. My favorite blogger, Ta-Nihisi Coates at The Atlantic, reminds us that, years before Fox et al screamed to high heaven at the thought of a black rapper being invited to the White House, Murdoch the Younger nourished some pretty astonishly awesome rappers:

Murdoch invested in Rawkus Records, helping to launch the label and thus Soundbombing, Soundbombing II, Black on Both Sides, and Black Star. Listing the albums doesn't really capture the amount of good Murdoch did for the world of hip-hop. For me, Rawkus was always post-internet music company. It's the individual tracks I remember best--"Weight," "The Fire In Which You Burn," "Holy Water," "Fortified Live," "Patriotism," "Any Man," "Two Thousand Seasons," "Arabian Nights."

On a serious note, the phone-hacking scandal and the tsk-tsking of media critics and the “You can’t see me if my eyes are closed” arguments from Fox and the WSJ is all part of a depressing lack of relativity: the fact that the US is hacking phones left and right, and US courts are OKing these hacks with increasing frequency, all in the name of … the failed-many-times-over Drug War … counter terrorism?

Doesn’t matter. Did you see that crazy Newsweek cover with a digitally aged Princess Diana?