The gap between fundamentalist and fascist is narrowing. 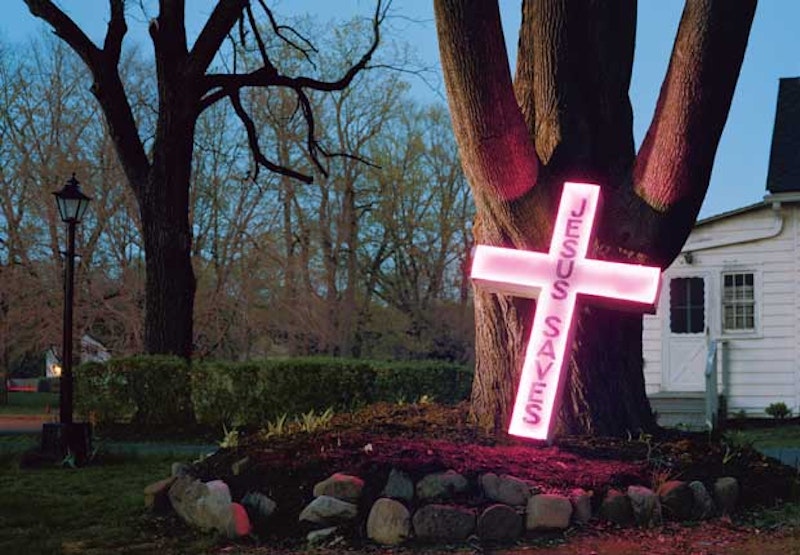 The Christian Right’s assault on America is frightening, and, as someone who grew up in a world of religious fanaticism, my personal experience gives me a sharp sense of where this is heading. In his 2007 book, American Fascists, the Christian Right and the War on America, Chris Hedges describes what America would look like if evangelicals, or dominionists, complete their takeover of the American political system

“America becomes, in this militant Biblicism, an agent of god, and all political and intellectual opponents of America’s Christian leaders are viewed, quite simply, as agents of Satan. Under Christian dominion, America will be no longer a sinful and fallen nation but one in which the 10 Commandments form the basis of our legal system, creationism and ‘Christian values’ form the basis of our educational system, and the media and government proclaim the Good News to one and all. Labor unions, civil rights laws and public schools will be abolished. Women will be removed from the workforce to stay at home, and all those deemed insufficiently Christian will be denied citizenship. Aside from its proselytizing mandate, the federal government will be reduced to the protection of property rights and ‘homeland security…’ The only legitimate voices in this state will be Christian. All others will be silenced.”

The takeover is well underway. As of 2007 Christian fundamentalists held “a majority of seats in 36 percent of all Republican party state committees, or 18 of 50 states, along with large minorities in remaining states.” Furthermore, “Forty-five senators and 186 members of the House of Representatives earned approval ratings of 80 to 100 percent from the three most influential Christian advocacy groups: the Christian Coalition, Eagle Forum, and Family Resource Council.” And, of course, the Bush administration “diverted billions of dollars of taxpayer money from secular and governmental social service organizations to faith-based organizations, bankrolling Churches and organizations that seek to dismantle American democracy and create a theocratic state.”

Some ominous statistics: “In fiscal year 2003, faith-based organizations received 8.1 percent of the competitive social-service grant budget. In fiscal year 2004, faith-based organizations received $2.005 billion in funding—10.3 percent of federal competitive service grants,” and by the 2005 the total was 11 percent. In addition, “the Bush administration has spent more than $1 billion on chastity programs alone,” and “thirty percent of American schools with sex education programs teach abstinence-only.” Matters have gotten far worse since the Republicans took over the House last November, with savage attacks on Planned Parenting and abortions rights.

The similarities between this movement and Islamic fundamentalism are striking. According to Hedges both “do not tolerate other forms of belief or disbelief. They are at war with artistic and cultural expression. They seek to silence the media. They call for the subjugation of women. They promote severe sexual repression, and they seek to express themselves through violence.”

This explains why the dominionists are taking over the military. Mike Farrell, who works on the advisory board for the Military Religious Freedom Foundation (MRFF) recently described how MRFF combats “everyday verbal and written assaults” on non-believers, such as “kike,” “grind yourself into dust against the wave of Christianity that is sweeping this nations,” and “you and your atheist comrade days are running out.”

This trend is terrifying, considering that these fundamentalists by and large cling to fantasies about the Rapture as a salvation from the misery of unfettered capitalism. Hedges describes how many Americans are susceptible to Christian extremism because their lives and communities have been destroyed by the disappearance of manufacturing jobs, which now account for less than nine percent of all jobs, compared to 53 percent in 1965. Real wages for most Americans have either remained stagnant or decreased for the overwhelming majority of the population during the past few decades, and the federal government has abandoned them by abolishing labor protection laws and dramatically cutting basic assistance programs, such as unemployment and Head Start. Hedges writes, “The rusting hulks of old plants loom like giant, rusted dinosaurs along the roadsides. The labor and pain and sacrifice of a lifetime of toil have left workers bereft, impoverished and living in urban squalor and neglect. The world has crashed and burned for them. Another apocalypse, one that will lift Christians out of this morass, seems a welcome relief.”

And evangelical recruiters capitalize on this culture of despair. Hedges describes when he attended a recruitment training program he was taught how to sell Christianity through deception. Recruiters are taught to fabricate personal stories to persuade their prey that accepting Jesus as their savior will bring happiness and fulfillment. All the big questions of life are neatly answered. Converts find a new community, one that promises freedom and liberty, but is ultimately totalitarian.

Followers are required to relinquish moral autonomy and blindly obey the commands of their leaders, figures who have anointed themselves the mouthpieces of god, such as Jerry Falwell and Pat Robertson. These leaders embody a perverse marriage between capitalism and Christianity. Their vast wealth and celebrity status are wielded as signs that god grants prosperity to the blessed, the sanctified. The ethic of capitalism, that the pursuit of greed and social status is the greatest good, replaces the ethic of Christianity. The spirit of Jesus, fighting for the poor and abandoned, is discarded and manipulated.

The movement is not concerned with personal salvation. Rather, it is strongly committed to transforming America into a Christian nation. Everything it does serves a political purpose. This is a fight between good and evil, with the Christian right opposing godless humanism, i.e., everyone who does not meet their standards of Christian piety. It perceives itself as under siege. Preachers tell their flock that gays are using same-sex marriage to destroy America, Muslims aim to do the same with Sharia law, and liberals have marshaled the pernicious forces of “secular humanism” to abolish Christianity. The Christian Right calls for the abolition of federal programs and a Christian takeover of all institutions, extreme sexual repression, criminalizing abortion, and at first intolerance and eventually the destruction of gays, Muslims, liberals and ultimately all non-believers.

Many radicals have resorted to outright terrorism. MSNBC’s documentary The Assassination of Dr. Tiller describes how militant anti-abortion groups terrorize abortion clinics by relentlessly and ruthlessly harassing doctors, nurses and patients. The hate rhetoric inspires murder. And many, like Dr. Tiller, have been killed.  Over the past few decades, roughly 200 abortion clinics have been subjected to terrorism tactics, largely bombings. This is a war, of which the abortion fight is only one battleground.
The broader war is one of ideas. Hedges describes how the movement has launched a “war on truth.” It is designed to make facts and reality irrelevant and subservient to dominionism. Only that which reinforces the truth of their beliefs is allowed, all other facts, such as those confirming the realities of global warming, must be dismissed as opinion. Hedges visited a creationist museum, where he saw exhibits, watched films and was handed literature “debunking” evolution and proving that dinosaurs lived in the Garden of Eden with Adam and Eve.

The Christian Right is strikingly similar to the right-wing strands of the orthodox Jewish community in which I was raised (which is very different from the broader American Jewish community). Although the latter do not seek to turn America into a Jewish nation, they apply most of the same control mechanisms. One must hand over moral choice and lifestyle habits to rabbinical authorities—if one ever has a shaila, or ethical question, it is up to the local rabbi to decide what must be done. They have launched a similar war on truth, stereotyping the rest of the world as inferior goyim and teaching students in yeshiva that dinosaurs never existed. Boys aren’t allowed to touch girls until they get married, and everyone’s daily habits are subservient to hashem and thus must be dictated to them—from what time men must wake up to pray to what foods they can and cannot eat.
Gays are considered feigilas and all Muslims, especially the Palestinians, are beyond all consideration—they deserve to be subjugated, and the ideal solution to the Muslim question would be to drop a nuclear bomb on the entire Middle East except Israel. The fixation with Palestinians is decisive. They are depicted as a modern incarnation of amaleik, an eternal satanic nation that seeks the destruction of the Jewish people that has manifested itself in the shape of Nazism and now Islam.

It’s no coincidence that the hard-right orthodox has forged an alliance with the Christian Right over their support for Israel. Relatives of mine attend AIPAC conferences and various other seminars where figures such as Pastor John Hagee come to trash Muslims and liberals. My relatives tell me that their Christian brethren make them feel like they’re not alone, that not everyone is an anti-Semitic Israel basher.

Preachers like Hagee either avoid the question of what lies in store for Jews during the Rapture or when challenged dismiss all such objections as nonsense, saying they love Israel simply because the Bible tells them to. Hagee won’t share his conspiracy theories about how the Rothschild family uses the Federal Reserve to debase the American currency and trash the global economy. He won’t mention that he thinks the anti-Christ will be half-Jewish, “as was Marx and Hitler.” And he won’t discuss his view that Hitler was doing god’s will by punishing the Jews for not moving to Israel, where they belong.

Jews who support this movement do so at their own peril. Anyone who cares about freedom, multiculturalism, tolerance and democracy must take the Christian Right seriously. It is dangerous to encourage or passively tolerate this movement’s assault on America. Just like radical Muslims, there is no negotiating with them; they have no interest in dialogue. It is a binary world of good and evil, the saved and the damned. And in a time of institutional failure, with over 16 percent real unemployment, mass poverty, and especially in the event of another massive terrorist attack, the United States is vulnerable to a fascist takeover.

—Marc Adler can also be found at thebloodycrossroads.com