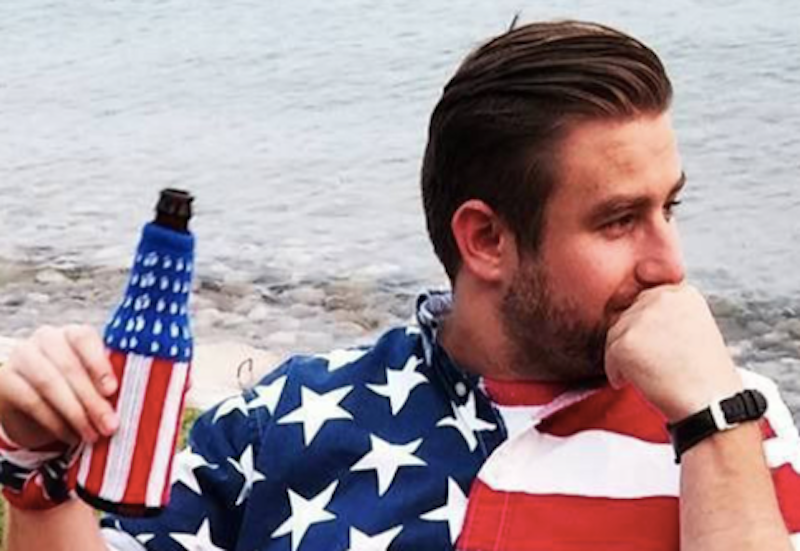 Many conspiracy theorists have pondered the odd timing of the death and his connections or lack thereof to Hillary Clinton. What haunts me most about the unfortunate death, though, is the strange column John Podhoretz wrote about it in May 2017. Were it not for JPod, I confess I might’ve forgotten the tragedy by now.

The typical conspiracy theorist’s take on Rich’s death is that, although the DC area has one of the highest murder rates in the U.S. (as if that city weren’t evil enough in other ways), it’s odd that the hypothetical street criminal(s) who murdered Rich didn’t take his valuables, and it’s convenient for the Clinton machine that Rich, an ardent Bernie Sanders supporter tasked with watching for election irregularities, died during the 2016 election campaign, just two weeks before Clinton was scheduled to be anointed the Democrats’ presidential nominee at their convention—after a few months of the Democratic National Committee stacking the deck in Clinton’s favor, as Rich was no doubt painfully aware.

In an added twist, the conspiracy theorists will note that someone notoriously leaked DNC e-mails to Wikileaks during the campaign, possibly determining the outcome of the subsequent election, and if that leaker was Rich, that would surely give his enemies an incentive for vengeance.

But that was all speculation, and being a cautious, skeptical person, I’m almost always inclined to set speculation aside, calmly, until someone comes back with hard evidence. You’d go crazy otherwise.

But prominent people, not just obscure conspiracy theorists, kept having such strange reactions to the death, you had to wonder whether there was something more there than a random, oddly non-lucrative mugging—and I think it’s still fair to wonder, despite that Podhoretz column a year ago telling people not to, which I’ll get back to in a moment.

Naturally, Snopes has dismissed all the conspiracy-theorizing as nonsense, as you’ll notice that site most reliably does when conspiracy theories make the Democrats look bad.

New Zealand hacker-activist Kimdotcom, by contrast, has flat-out asserted that he knows Rich to have been the DNC leaker—but hacker-activists say a lot of odd things, especially when facing great legal pressures, so I won’t pretend he’s the final authority. (Hacker Gary McKinnon was very nearly extradited from the UK to the U.S. over a decade ago for hacking into NASA computers and claimed at that time that he’d seen evidence the agency was concealing UFOs. I wouldn’t make up bizarre, inflammatory things if already facing immense legal troubles, but maybe I have a different take on what constitutes good courtroom strategy than some people.)

Slightly more credible—but still notoriously weird—is Julian Assange, who in a deliberately cryptic fashion said in a TV interview that Wikileaks never reveals its sources but is conscious of the fact that something like the Seth Rich murder probably makes potential Wikileaks sources more nervous about coming forward with information. Pressed to clarify if he was suggesting Rich was the leaker, Assange would only say Wikileaks doesn’t reveal its sources. If Rich wasn’t the Wikileaks leaker, Assange would almost have to be a sociopath to hint so heavily that Rich was—but then, Assange might be a sociopath, and he’s clearly a calculating manipulator of information and an adept self-promoter.

But then there’s disgruntled former Clinton ally Donna Brazile, who became acting chair of the DNC during that same 2016 convention. I would never have been so paranoid or brazen as to press her about whether she though the Rich murder was political in nature—but then she admitted in her memoir that she indeed suspected as much, saying she was afraid to get near her windows in the days after Rich was gunned down, worrying about who the next target might be. If it’s reasonable for someone as close to the situation as Brazile to suspect homicidal political intrigue, isn’t it fair for the rest of us to wonder?

Brazile hasn’t totally abandoned the recent establishment narrative about things, though, claiming she feared “the Russians” had killed Rich. I mean, anything’s possible, since the case still hasn’t been solved—and if it was random, perhaps it never will be—but why would she leap to thinking it was Russians? What would be their motive if Rich were cooperatively leaking to them? Cover their tracks? Seems counterproductive and melodramatic. Do we even really believe Brazile suspected them, or is she just feinting to send the message that she’d never, never in a million years suspect her friends the Clintons or her own DNC colleagues?

A Democrat-allied lawyer appointed to help Rich’s family also turned out to be a gung-ho advocate of the “Russians” explanation, though it’s not clear why. At this point, a reasonable, skeptical person who started out with zero interest in the topic might fairly start to worry there’s some sort of misdirection going on, though it could all be nothing.

Meanwhile, Seth Rich’s brother Aaron found the time to sue media outlets for repeating the conspiracy theorists’ claims that Aaron, using his expertise in cyber-security as an employee of defense contractor Northrup Grumman, helped his brother hack the DNC (though Wikileaks and Kimdotcom have claimed no computer expertise was necessary, for what that’s worth).

And then there’s the bizarre Podhoretz column, which may be the most baffling artifact in the whole story, and that’s saying something.

JPod argued in a column a year ago that conspiracy theorists should stop all their fevered speculations about Rich’s death. Okay, maybe. Why exactly, though? Get this: JPod reveals that Rich was his kids’ camp counselor at one point and was such a profoundly good and patriotic American that it is inconceivable he would ever leak information to Wikileaks—not even if Rich was an angry Bernie bro aware of Clinton wrongdoing, mind you—because Wikileaks is, per JPod, an anti-American Russian front organization. No decent person would cooperate with Wikileaks, thus Rich cannot have been the Wikileaks collaborator, thus no political motive to murder him. QED. Furthermore, it’s an insult to the man’s memory to keep talking about him as if he may have been a Wikileaks collaborator.

And, JPod assures us, it’s even more depraved to think Brazile’s DNC predecessor, Debbie Wasserman Schultz, could have been involved in the murder (which hadn’t really crossed my mind until he brought it up).

The column may not sound like much, but this remains one of the most bizarre, convoluted, presumptuous, sentiment-fueled, narcissistic, irrational arguments I’ve seen in print in three decades of writing about politics, even though I have slowly come to see politics as nearly 100 percent b.s. To sum up: people are dishonoring JPod’s kids’ camp counselor’s memory if they think Rich, a Sanders-supporting leftist, might not have shared JPod’s view that Wikileaks is a bunch of treasonous scum?

The only other comparably irrational eruption of personal sentiment into a debate with international political implications that springs to my mind was, as it happens, the time JPod was moderating a panel discussion about the War on Terror, and after about an hour of the panel agreeing with each other and taking a fairly neoconservative view of things, just as one panelist began to acknowledge that the Iraq War had gone badly, JPod walked in front of the panel, abruptly raised his eyes sentimentally upward, and urged all of us in the audience to remember how unified we felt the day after 9/11.

It was like one of those old comedy scenes in which a hypnotist suddenly starts swinging the stopwatch frantically because his target is waking up from his stupor, but the hypnotist is inadvertently causing more alertness than he’s alleviating.

So, as we end year two of wondering who killed Seth Rich, many of us who never wanted to be conspiracy theorists owe our continued curiosity about the matter to a politically-eclectic array of commenters like Brazile, Assange, and Podhoretz and their odd reactions to it all. Maybe one or more of them knows something. Maybe no one does, about much of anything.