The Unforgiving Panopticon of Political Affiliation in the Online Age 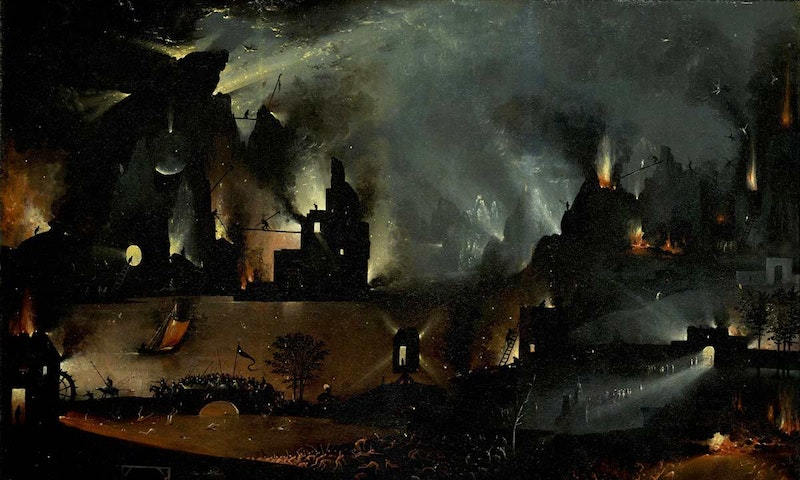 “Tell me who your enemy is, and I will tell you who are.”—Carl Schmitt

In 1990, a Presbyterian minister could be a quiet subscriber to the New Left Review, ruminating on the merits of its Marxist-themed articles—and even engaging with its authors—in splendid isolation. The reverse was also true; an adjunct professor of French existentialism could flip through the pages of First Things, share her surprisingly sympathetic thoughts on what she read at an academic seminar, and move on with her life with her political reputation largely intact.

That kind of decentralized, polite, and iterated intellectual cross-examination has become nearly impossible. Social media has facilitated a national political brawl that takes place in a centralized panopticon—namely Twitter and YouTube—where everything anyone says and does is visible to everyone else. The ramifications for this, where self-censorship, intellectual growth and freedom to affiliate are concerned, are massive. Where once people could dip their feet into the pool of rival (or near-rival) worldviews without being forced to swim to the bottom, we’re increasingly locked into our respective camps by the easy, and rapid-fire, refereeing that the panopticon affords.

Some recent casualties and examples of this affiliative straitjacketing include:

Nina Power. The feminist author of One Dimensional Woman and former contributor to The Guardian was let go by music magazine The Wire after it was discovered she appeared on YouTube with rogue academic and “libertarian communist Catholic” Justin Murphy, along with a writer named DC Miller. According to a witness to the decision by the UK publication: “It would seem that for the foreseeable future you have indeed been dropped as a writer as a consequence of your appearance in that YouTube video. Everyone involved in the discussion, which was basically the entire editorial staff as I understand it, were apparently of the same opinion: to have your byline continue to appear in the magazine would be inappropriate.”

Elizabeth Warren. Presidential candidate Warren has refused to appear on the conservative cable news network Fox, as it would allow company executives to, in Warren’s words, “raise money off my name.” This makes her a hot commodity at Fox (as does her presidential run in general), which allows them to make money off her name anyway. What some have called the “transitive property” of political cooties is on full display here.

Steve Bannon. The populist right-wing firebrand’s invitation to appear at an event hosted by The Economist magazine late last year prompted the other invitees to boycott in response. The event, dubbed “Open Future,” was these folks’ chance to protest, and they chose not to. But in the words of the magazine itself, “The future of open societies will not be secured by like-minded people speaking to each other in an echo chamber, but by subjecting ideas and individuals from all sides to rigorous questioning and debate.” Indeed.

It’s dismal, this kind of high school cafeteria-style censure, coinciding with the dissemination of greater epistemological and ontological awareness than has ever been available in history. The time has never been better, in the words of 1980s AT&T, to reach out and touch someone. But for the inquisitive among us, that comes at a cost, with both the mundanities of techno-commercial architecture and “epistemic closure” to blame.

In the social media panopticon, people wear their affiliations—even unsolicited ones (Twitter follows/shoutouts)—on their sleeves, and that’s begun to erode the power of the explicated worldview to define one’s tribal placement. Who opts to link to your articles, appear on your podcast, or share a seat at a roundtable discussion with you is at least as informative of your moral and intellectual credibility as what you actually say.

At the dawn of the 2020s, the illiberalism of the fascist theorist Carl Schmitt is on the march, even if we’d be loathe to be seen marching with him.