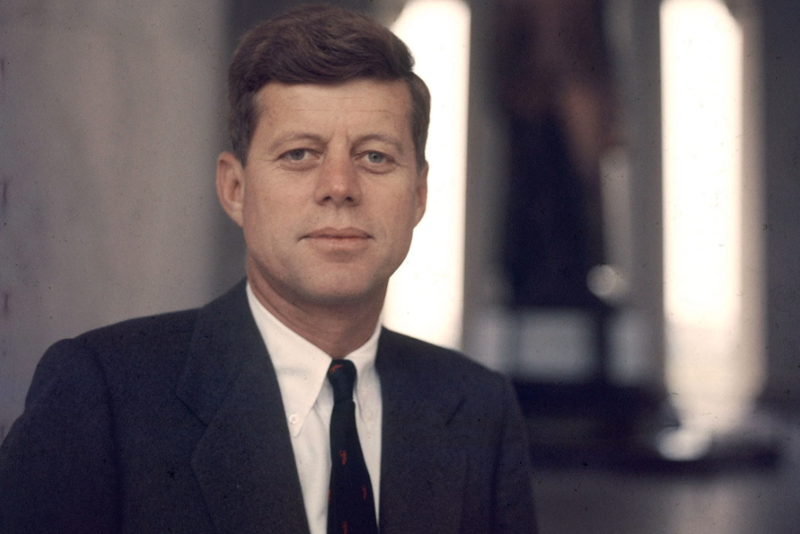 Conservatives and liberals are both wrong about John F. Kennedy. Although he died more than 50 years ago, errors about JFK reveal central problems in America’s modern political life.

To the left, Kennedy was a martyr to civil rights and a forward-thinking progressive who was murdered by right-wing hate in Dallas. To the right, the 35th president is an example of celebrity overriding moral sense, as JFK’s charisma and charm obscured his sexual trysts, prescription painkiller use, and dangerous military adventures.

Fascination with Kennedy endures because, unlike any president since, he had a well-integrated psyche. In Jungian terms, Kennedy was masculine but with the right touch of anima, or female energy. Jung believed that healthy integrated men needed both. Kennedy also did not reject the shadow, or dark, part of his psyche, something frequently done to disastrous effect by modern conservatives. Kennedy had the fierceness of a war hero, was a brilliant speaker and a good athlete (and yes, he was a womanizer); he also had the femininity of an artist and a poet. Despite his medical ailments, he looked comfortable in his own skin, from his pink golf pants to the soft cool of his Brooks Brothers suits. Having been close to death several times, including the famous PT-109 incident in World War II, Kennedy was comfortable talking about dark subjects. He reminded us that “life is not fair” and that “we are mortal.” No one since has come close to this combination of magnetic sexiness, feminine grace, and dark soul.

In his brilliant book Camelot and the Cultural Revolution, James Piereson argues that Kennedy’s death shattered American liberalism. Unable to face the fact that Kennedy was murdered by a communist, liberals became intolerant, prone to hysteria and conspiracy theories, and intent on punishing America for the sins of its past. Feminism transformed from a quest for quality to hating men, particularly the darker impulses of men. For fifty years conservatives have fought against this hostile cultural takeover by the left. But the right has also accepted a central premise of liberalism, which is the religion of progress. While liberals believe that happiness lies in ever-expanding rights, total sexual freedom, and the eradication of tradition, conservatives claim that if taxes are cut low enough consumption will increase and the economy will expand indefinitely. Ultimately, everyone—or at least most people—will be rich. When told that Richard Nixon argued that the West would win the Cold War because we had more color televisions, Kennedy replied that he “would prefer to have his TV be black and white.” We’re more than consumers. Difficult to imagine President Trump making the same argument.

In his book The True and Only Heaven: Progress and It’s Critics, Christopher Lasch noted that the fact that both left and right believe in the idea that societies move towards perfection would have been considered bizarre to the ancients. He also argued that people need more than progress. ”If humanity thrives on peace and prosperity," Lasch wrote, "it also needs an occasional taste of battle. Men and women need to believe that 'life is a critical affair,' in Reinhold Niebuhr's words.”

These words are an echo of Jung’s belief that to feel whole men need to feel that they are partaking in a “cosmic destiny.” To be equipped to partake in that destiny, men need to be not just procreators and providers, but warriors, poets and artists. They need to be empathetic, well-spoken, and wise leaders. They can't just preach virtue and cut taxes. That have to be in touch with their shadow. Conservatives, while doing the long and hard work of beating back the punitive left and tying to maintain the institutions that had made civilization possible, and with the possible exception of Ronald Reagan, never really spoke to America’s soul. On the right there is a demand for a kind of plutonic perfection in men, who are expected to got to school, work, raise a family, then die. Any manifestations of the shadow, of lust, anger, and dangerous risk-taking that has been a part of the male psyche for millennia, and that was so much a part of Kennedy, is rejected. (An exception might be the alt-right, although theirs is a celebration rather than an acceptance of the shadow, resulting in screeds that lack Kennedy’s wit.) Conservatives often partake in what Jung called “shadow projection,” condemning another for your own darkness. Thus it was no surprise when several of the men who were leading the 1998 impeachment of President Bill Clinton wound up being guilty of sexual misconduct. Sen. Robert Livingston and Newt Gingrich had extramarital affairs, and Speaker Dennis Hastert was found to be a "serial child molestor." Shortly after, William Bennett, Dr. Virtue himself, got busted for a gambling problem.

Since Kennedy’s death the left has been angry and antagonistic towards American institutions, but more than conservatives they have kept connected to that nocturnal, subterranean America that Kennedy knew well—the shadow country that Norman Mailer recognized in his essay about Kennedy. “Since the First World War Americans have been leading a double life,” Mailer wrote in Esquire in 1960, “and our history has moved on two rivers, one visible, the other underground; there has been the history of politics which is concrete, factual, practical, and unbelievably dull if not for the consequences of the actions of some of these men; and there is a subterranean river of untapped, ferocious, lonely and romantic desires, that concentration of ecstasy and violence which is the dream life of the nation.”

That dream life, of course, carried on after Kennedy. It’s found in jazz, spy novels, David Bowie, Black Sabbath, and punk rock. It’s in the movies of Martin Scorsese and the journalism of people like Hunter Thompson, Norman Mailer, and Joan Didion. It’s found in the better video games and in works of science fiction and fantasy. Sensing that the shadow is vital to psychic health but that they lack it proper integration, the right lashes out at it’s manifestations in films, comics, video games, and television. Mirroring the punitive liberalism of left, they are social justice warriors in all but name.

In October 1963, Kennedy gave a speech in praise of the poet Robert Frost, who had just passed away. In one section of the draft speech, the president said the following:

We take great comfort in our nuclear stockpiles, our gross national product, our scientific and technological achievement, our industrial might — and, up to a point, we are right to do so. But physical power by itself solves no problems and secures no victories. What counts is the way power is used — whether with swagger and contempt, or with prudence, discipline and magnanimity. What counts is the purpose for which power is used — whether for aggrandizement or for liberation. “It is excellent,” Shakespeare said, “to have a giant’s strength; but it is tyrannous to use it like a giant.”

For more than half a century, both sides have tried to use political power like a tyrant. Liberals use the media to attempt to shame America and to hammer through social engineering that most people don’t want. The right monitors the media for any expression of the country’s shadow, which must be stamped out at all costs. The reason why the nation still mourns Kennedy is that when he died, the national psyche split in two. With our endless culture wars, our communists and right-wingers, we’re still like a stunned Jackie Kennedy in the motorcade, trying to put the pieces back together.