Truth comes out at strange times. 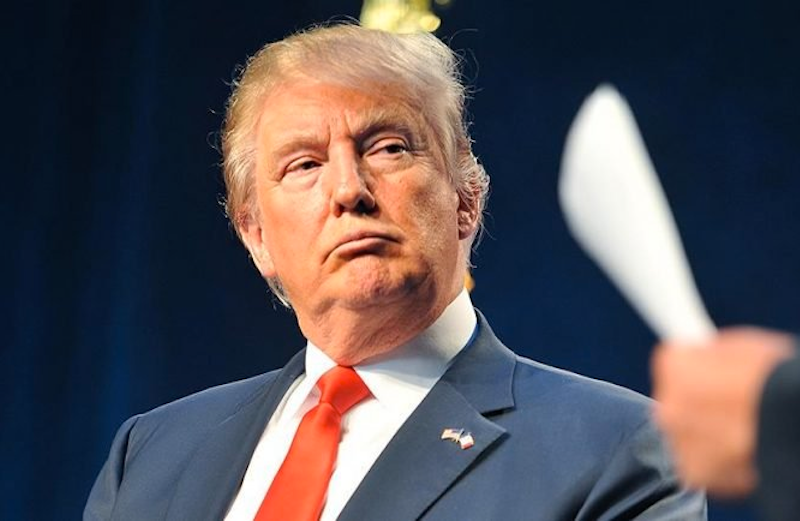 “Ryan should amend his bill to, among other things, get the coverage numbers up,” suggests Rich Lowry. That’s like re-cutting Citizen Kane to show off the color—you don’t have much to work with. Lowry’s suggestion can be found at Politico in the article headlined “How the GOP Crackup Happens.” In my view, the crackup happens 20 months too late. The GOP should have done American history a favor by refusing to nominate Trump. That would’ve kept the White House safe and permanently crippled the Republican Party. Instead Republicans went along. Only clowns would accept such a clown, and it shows when they govern.

Health care has been the Trump GOP’s latest and biggest pain in the neck. Lowry predicts that tax reform will be just as much fun. For one thing, he says, populists will feel let down “when it emerges that the Republican template for reform cuts taxes for the rich without a lot of thought about working-class voters.” I should point out that Lowry uses the words “It, too” when referring to the hypothetical tax bill: “It, too, will disappoint populists when,” etc. That is, the tax bill will flop in the same way as Ryancare and for the same reason: the GOP “template” stiffs the non-rich.

Remember that Lowry’s the editor of National Review, the op-ed page of the Republican establishment. But, looking at the lay of the political land, he figures a big obstacle facing the party is the way it bleeds the workers. The party he likes is handicapped by being exactly the way its opponents say it is. That’s a hell of a thing for a man of 48 to notice. On the other hand, he also thinks Ryancare can be finagled into giving people coverage instead of taking it away. The mind faces up to things gradually, in jerks and starts.

Tucker Carlson, 47, has been juggling the same sort of truth bomb. Talking with Donald Trump, the Fox host returned a few times to the problem of old, poor hay-seeds getting shredded under Ryancare. “I know, I know,” Trump sighed, not loud but emphatic, musically inflecting the Carlson spiel. Then he launched into how there’d be negotiation and don’t worry.

Carlson’s interview with the chief executive brought home that Trump isn’t getting any larger. The act stays the same. Mr. Dynamic is a driveler. That’s his gift, to be a motor-mouth. Because he’s big and needy, his habit of high-energy verbal expulsion strikes dim people as personal force. Their mistake. Meanwhile, they and we are trapped. That fire hydrant of a mouth will be wheezing out yellow water until his heart gives.

The health care plan, says a wondering Tucker, the hit working-class people will be taking… isn’t this at odds with the themes of your campaign? Trump’s mouth opens, words follow. Believers are being shown what the rest of us knew, that he’s a con man. The twist is that he’s a con man who’s too lazy to come up with his own gold brick. He left that to Paul Ryan.