The Tribalism of David Brooks 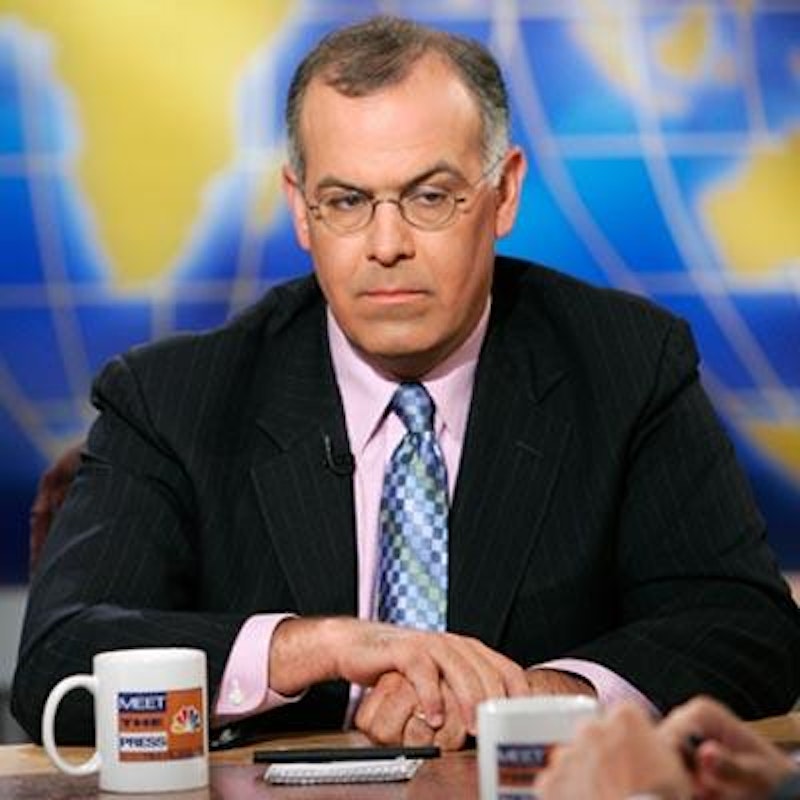 In his recent op-ed for The New York Times, David Brooks makes a convoluted argument for voting Romney. This argument rests on the basic point that Democrats in Congress are more reasonable than Republicans. Therefore, Romney will find more Democratic support for his agenda than Obama found Republican support for his. If you want big things done, you should pull the lever for Romney.

Admittedly, Brooks tries to fudge his stance by suggesting that Romney is "more of a flexible flip-flopper" than Obama, and that Obama is not a "master legislative craftsman" like Lyndon Johnson. But really, the reasoning boils down to, "vote for the party that is more unreasonable." Or as Kevin Drum acidly put it, "Shorter shorter David Brooks: the only way to deal with terrorists is to give them what they want."

I don't disagree with Drum… but what's maybe most interesting about Brooks' column is the way that his chain of logic seems, when you look closely, to have little to do with his actual conclusions. Yes, he basically says that we should elect Romney because the House Republicans are intransigent. But his real reasons for wanting Romney boil down to the fact that Brooks prefers Romney's policies—or rather, the policies that he believes Romney should or will have. Brooks dislikes the (remnants of the) welfare state and union collective bargaining rights. He thinks tax and regulatory confusion are stifling growth, rather than thinking that, say, growth was stifled by a massive financial meltdown precipitated by government deregulation of the financial services industry and elite malpractice. So Brooks wants Romney because he believes in Romney's agenda, rather than because of these supposedly-smart-but-actually-ridiculous pragmatic considerations.

So why even bother with the pragmatic consideration? Presumably in part because it allows Brooks to think that he's being bipartisan and clever. But also because the cloud of insidery, blustery pseudo-wonkery conceals the fact that the Romney that Brooks imagines he sees moderately and reasonably deregulating with Democratic help is largely a figment. Sure, it's possible that Romney will govern from the center, like a Massachusetts moderate, giving and getting and balancing budgets. But it's also possible that he'll be more like that other compassionate conservative—you know, that guy who promised massive tax cuts (like Romney), and agitated for war in the Middle East (as Romney has on and off.) Based on Romney's promises, we're as likely to get gargantuan deficits and imperial overreach as we are to get bipartisan compromise.

In this, Brooks is actually like most Americans. According to political science professor Gabriel Lenz:

In deciding between Barack Obama and Mitt Romney, we hope that voters are choosing between candidates based in part on candidates’ policy stances, such as their positions on taxes and war. In a book I have coming out this month, Follow the Leader, I find surprisingly little evidence that policy stances matter to voters. Specifically, I find that voters’ prior policy views rarely lead them to change votes or even approval of candidates during campaigns. Instead, voters usually choose candidates for some other reason, such as the election-year economy, and then follow their preferred candidate on policy issues, adopting that candidate’s stances as their own. Rather than leading politicians on policy, voters mostly follow.

Lenz found that people who are pro-life tended to disproportionately say that Romney cared about the poor, while those who are pro-choice disproportionately approve of Obama's foreign policy. There's no real connection between Romney's pro-life stance and his support (or lack thereof) for the poor, just as there's no real connection between being pro-choice and grinding on in Afghanistan. Nor is there any particular reason to think that the pro-choice came before the foreign policy rather than the other way around. Lenz's conclusion is that people adopt the policies of the candidate they like because of the economy, or because of longtime party identification, rather than picking candidates based on policy.

You might think that the algorithm candidate-before-policy would apply only to low-information voters, not to New York Times columnists like Brooks. But I think evidence suggests otherwise. Bush didn't adopt torture as a policy because there was a huge Republican consensus behind torture; rather, that consensus coalesced after Bush made torture his policy. Similarly, you'd think Ben Bernanke, the man who was in charge of the economy when it collapsed, would not be a popular figure. But Obama re-appointed him, and any political possibility of holding him accountable evaporated. Where the leader leads, whether to medieval barbarism or rule by financial oligarchy, the people follow.

And so it is that Brooks, a longtime Republican, devises an elaborate fantasy in which Mitt Romney will do just what Brooks would have him do, and then smirks at having rationally arrived at the decision he was going to make all along.  And if Romney wins and adds trillions to the deficit and launches a war against Iran and generally does things Brooks hates, will he vote against him four years from now? Or will he find some complicated reason why Romney would be better than Democratic Candidate X in a second term? Like I said, you can't predict the future… but some things are still a pretty sure bet.