When your opponent uses numbers, refute them. 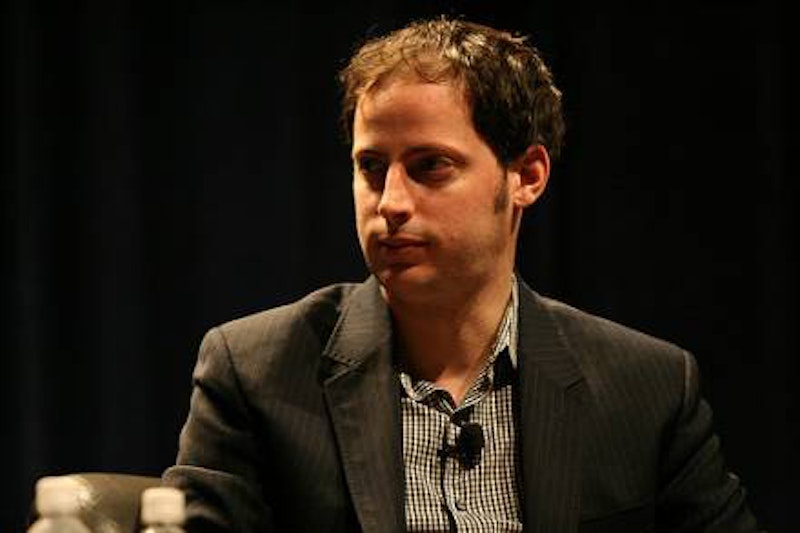 Brad DeLong rounded up the fomenting “backlash” against The New York Times’ Nate Silver here, and one thing is clear: conservative commentators are taking umbrage that Silver would dare peg an Obama reelection at a 75 percent probability. If you told me I had a one-in-four chance of becoming president, I’d feel pretty good. Probability is only a number. You don’t shoot the baseball statistician if the Triple Crown winner strikes out.

What amazes me about this conservative outrage is that it means they view politics as poetry, as something to intuited, divined, felt. It’s not about averages and weighted data and state polls. You don’t use cold hard formulas and probability to tell me a Frank O’Hara poem is awesome. It’s about intangible momentum, about a feeling in your gut. You’ve got to listen in on some mid-level strategy meeting in the Romney campaign. They’re feeling confident. Gallup puts Romney up five points nationally (pre-Sandy). Clearly you know something, you’re plugged in, your echo chamber is more real than that asshole with the numbers and averages and the hedges and the caveats. Here’s professional “I know things!” blowhard Mark Halperin:

I’m going to take a risk here and peel back the curtain to tell you what insiders are thinking. This is not my opinion and this is not a projection of who’s going to win but insiders in both parties look at the last few days of swing state polls and say, “The President may have this.” […] Right now, there’s a danger for Governor Romney that elites are starting to think, in the last 24 hours, that these leads are, as the Obama campaign has said for a long time, small but persistent and consistent. And, I think, it may not affect the coverage that much but there’s a bit of a tipping point here. Romney needs to go into the weekend, for his own sake, with the race tied in the conventional wisdom rather than what some people are now thinking, that these polls suggest the President will win this with the Electoral College dominance that he’s had.

The outcome of an election is a gut thing; it’s about a couple of elites shaping coverage in such a way that millions of votes magically change in a day or two. Silver has listed any number of ways that Romney could win the presidency. But when poll after poll shows Obama with a two- to three-point lead in Ohio (his electoral college firewall), it does really matter if that outlying Gallup poll shows Romney up five points nationally. Ask Al Gore how he feels about the popular vote.

It’s not all politics-as-poetry, this backlash. Everyone wants their guy to win; everyone is going to reach out and look for any possible way to spin bad news. A friend of mine was so downhearted about the media’s concentration on Obama’s freefall after the first debate, that he was skeptical if Hurricane Sandy was a big deal or not. That’s how it goes. But I shake my head again, seeing how much weight is given to some blogger (Silver) for the liberal rag of record; it’s as if—wait for it—the liberal rag of record is of some import to the wider populace. Astonishing, really, that such a liberal rag could divert the river of a presidential election simply by printing the average of state and national polling.

But, to get to my own prognostication: let’s say Obama wins reelection but loses the national vote, a la Al Gore but without the transparently partisan judicial process. I’d be firmly in favor of using such a moment to abolish the Electoral College, though who knows that would mean for prognosticators and armchair pundits everywhere.