The Tragedy of Big Pharma

The legal drug pushers aren't only at the top. 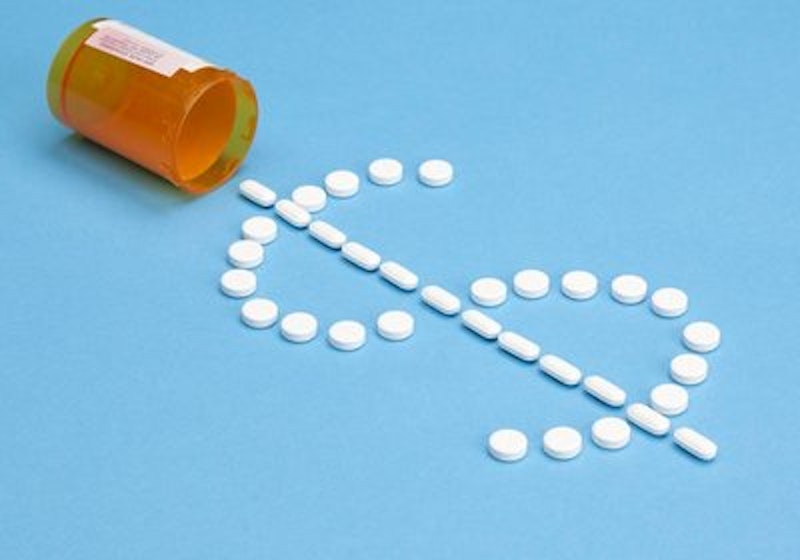 Modern medicine’s been a boon to mankind. Diseases like chicken pox, diphtheria, measles, malaria, HIV, and polio—all but eradicated in the past century by pharmaceuticals. So what went wrong? The USA’s drug industry is the product of the country’s culture. As the cultural outlook changed, so did the industry. Consumers are addicted to quick fixes, and Big Pharma is addicted to major quick profits. In the past, drug companies were often led by medical scientists. Expected profit margins were around 10 percent, with a singular brand new drug rolled out each year. But then the culture shifted. Businessmen took the place of scientists, and marketing and advertising took the place of actual medical research. Profit became one-dimensional, seen only as money costs vs. money gains. The most important ratio of all, human costs vs. human gains was ignored or, in some cases, intentionally trampled.

The case of Pfizer, in 2009, comes to mind. The company paid $2.3 billion, the largest health care fraud settlement in the Justice Department’s history. That sounds punitive, but not when you factor in a company profit of over $8 billion for that same year. It’s a slap on the wrist, one that comes with no jail time. Bayer in the early 1980s is another example. When Bayer's Cutter Laboratories realized some of their blood products were contaminated with HIV, the money investment was considered too great to destroy the inventory. Cutter misrepresented the results of its own research and sold the inventory to overseas markets in Asia and Latin America. Consequently, hemophiliacs who infused the HIV-contaminated Factor VIII and IX tested positive for HIV and developed AIDS.

Unfortunately, the FDA didn’t have an explicit policy regarding direct-to-consumer-advertising (DTCA), because in 1969 there had been no mass media advertisements for prescription drugs. They supported the concept of DTCA, confident the existing regulations for promotion to physicians would prevent any misleading ads aimed at consumers. In 1983, the FDA began to voice serious concerns. Commissioner Arthur Hull Hayes asked the pharmaceutical industry to stop advertising drugs to the public. The fears were many: patients will pressure physicians to prescribe unnecessary drugs; ads will confuse patients by leading them to believe some minor difference in products represents a major therapeutic advantage; DTCA will increase the price of drugs—encourage the use of brand name products over cheaper, equivalent generic drugs, and exacerbate the problem of an already narcotized population/

Nowadays, to get a drug approved by the FDA, a company has to submit just two tests, showing that the product works better than a placebo. The legislation is so lax that the government allows drug companies to submit whatever tests they want. For example, a company may commission 20 clinical trials for its drug. Eighteen may prove the drug is harmful or inefficient, but as long as two positive studies are produced, the drug gets FDA approval. The real business magic of the industry no longer lies with the pursuit of science, but in hiding the bad studies.

Research in the effectiveness of drugs is left to the corporate sector. The federal government doesn’t fund this activity, despite it falling under the public purpose and general welfare. Going back to the shrewd practice of hiding bad data, how many negative studies are published in scientific journals? Publication bias doesn’t contain itself solely to the realm of usual politics—MSNBC vs. Fox News, Breitbart vs. BuzzFeed, etc. Cartel is the right name for it.

What are the results of the so-called war on drugs? A system based on greed, corruption, and addiction. A propitious environment for legal drug pushers. A frightening incarceration rate, the highest of any country in the world. Huge numbers of addicts and addiction-related illnesses. A culture obsessed with quick and temporary fixes, in which normality is deemed insufficient. And a booming drug industry with vast leverage over the political process.

1992 is a testament to Big Pharma’s powers of persuasion. That year Congress passed the Drug User Fee Act, which allows Pharma companies to pay a fast-track fee to the FDA of up to $350,000 per drug in order to speed up the approval process. This is called “pay to win.” It’s not democratic, and has nothing to do with efficient or fair market practices. It’s political rent-seeking.

The legal drug pushers aren't only at the top, waiting for the end of fiscal years to tally up net profits. Crooked physicians are in on it too. They handle patients directly and keep them coming by prescribing street-legal dope when it’s not really needed, except they don’t call it heroin or meth, but Codeine and Adderall. Take drug A to manage condition 1. Then take drug B to manage condition 2, induced by drug A. Then take drug C to manage drug B. In the words of former Pharma rep. Gwen Olsen, “The pharmaceutical industry is no longer in the business of health and healing, it’s in the business of disease management and symptoms maintenance.”