Former TV Star Is Against Getting Facts Wrong 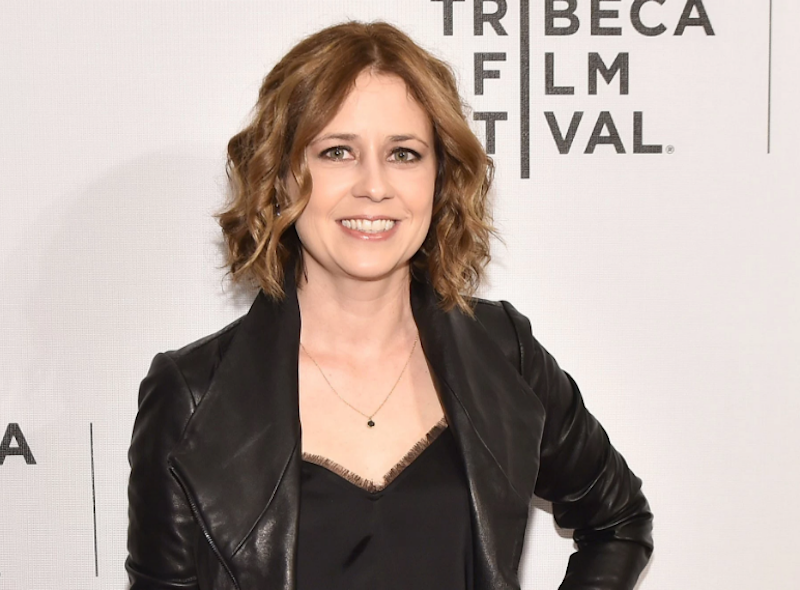 Jenna Fischer has apologized. At length. You can read the text of her apology here, along with some highly representative praise for its excellence. What had Fischer done? She tweeted about the new tax legislation and how awful it was, specifically because it removed the deduction for teachers who buy school supplies. Little did she know that the bill did no such thing. It used to, back when the House voted for it and 227 GOP congressmen signed off on screwing teachers. But then a fuss arose and the measure got kicked out of the bill’s final version. Fischer had no idea; hence her embarrassment.

Who is Jenna Fischer? That’s her right there. Lovely woman. She used to play Pam on the U.S. version of The Office. When I first read her apology, I thought she was Jenna Johnson, who covers national news for The Washington Post. Even then I thought the apology was decidedly much. Now I think Fischer should have a mineral water and get someone to massage her shoulders. On and on her apology goes. Seven paragraphs! Twenty-three sentences! Two hundred and seventy words! An interior drama is replayed (“For a minute I thought, ‘Maybe I don’t need to delete my tweet because it started a great dialogue about how teachers shouldn’t have to go out of pocket to pay for school supplies!’”). A philosophy is laid out (“In fact, what I treasure most about our democracy is,” etc.). An ethic is proclaimed (“I was taught that taking responsibility is the right thing to do.”). Teachers are thanked (“Thank you to our teachers who do so much,” etc.).

All right, I don’t mind the bit about the teachers. That they have to pay for supplies is lamentable, and it’s outrageous that the GOP wanted to shaft them. But the Fischer apology could have dropped everything between “So, I’ve deleted the tweet” and the teachers bit. That would have killed 150 words of Jenna Fischer discoursing on her state of mind. She sounds like Sarah Palin recalling the moments before she decided not to abort Trig. Don’t think I sneered at Palin just then. I do usually, but Palin faced a dreadful decision and took the hard way out. Fischer just had to delete a tweet and admit she lags behind current events. Colleges see worse things happen in small-group discussion.

“Jenna Fischer Shows Us All How to Do a Good Apology,” says the headline above her reprinted statement. No, she didn’t. She showed us how to make a big noise about very little. That gift has already been mastered by most of the U.S. population, which may explain the praise she’s been receiving. “Dialogue,” as she calls it, isn’t a chance to hash out issues. It should be, and people tell themselves it is, but our choices demonstrate otherwise. Like our presidential debates, “dialogue” is a chance to generate moments, brief pinpoints of drama. Candidates star in the debate moments, lucky citizens star in the dialogue moments. Let a citizen screw up a fact, and nobody thinks it strange for the citizen to take center stage and orate. Instead they think it’s admirable. They think we’re lucky to hear her talk about herself. It isn’t, we aren’t, and the hot air gets me down.