The Neoliberal Revolution of Individual Buying 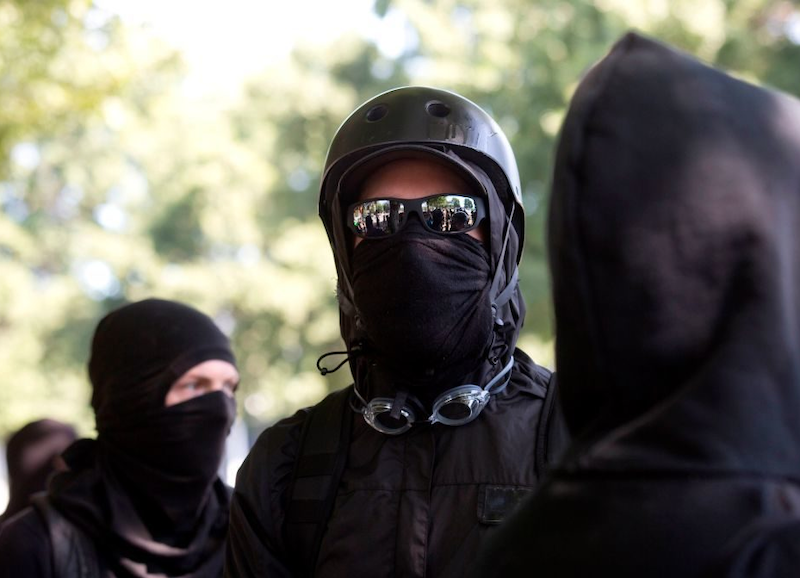 The recent news that a department store is selling an Antifa jacket generated plentiful mocking online. After all, no serious anarchist would buy their clothes in a department store—people buying it were just trying to have a new, pricey Halloween costume. But shortly after, The New York Times published a piece on Antifa Fashion in which anarchists explain why the aesthetics of revolt were important for them as well.

In the UK, you can get a credit card that says, “Anarchy in UK,” from the The Sex Pistols song. Che Guevara t-shirts are everywhere, and other far-left paraphernalia is sold by mainstream brands. Supply and demand works––even for radicals. Corporations have learned that making ads with revolutionary slogans is profitable. Veganism, once embraced by rebels influenced by Eastern Mysticism, has now become standard fare at some fast food companies.

But why? Neoliberalism may be the answer. Neoliberalism is an ideology which includes ideas like privatization, austerity, deregulation, free trade, and reductions in government spending. But according to historian Andrew Hartman, the key to understanding neoliberalism is its connection with the counterculture. The generation of the anti-war, civil rights, and second-wave feminist movements in the 1960s was born out of opposition to the corporate state capitalism of the day. People of the 1960s sought radical individualism as they attempted to overthrow capitalism, but instead the consumer society became a central part of American and global identity. Individuality through the market became the norm.

Last April, there was an outcry over a Pepsi ad featuring Kendall Jenner joining a vaguely positive protest, and sharing a soda with cops and activists. The ad was pulled after activists accused it of trivializing Black Lives Matter, and radicalism in general. However, according to Samuel Hammond, a policy analyst at the neoliberal think tank the Niskanen Center, this was a mistake because Pepsi, like any successful corporation, wants to sell everywhere to everyone, so having them as allies would be a benefit to activists. Neoliberalism doesn’t go in search of social justice, but because it’s economically profitable to sell to women and minorities, it makes sense for corporations to champion their rights. Apple’s known for leading the way in ecological innovation, Disney’s supported gay rights for decades, and several corporations opposed President Trump’s immigration ban.

The question is whether neoliberals have co-opted symbols of rebellion to make them capitalist-friendly, or if neoliberals, in fact, became the rebels. The answer goes both ways. Neoliberalism loves to be edgy because that sells, but it’s also rebellious because it wants radical transformations. Corporations have created products that are connecting the world. The globalization that was born out of market reforms has done much to weaken nationalist arguments, to the point that conservatives are becoming more critical of neoliberalism than the left. While the New Left dreamt of revolt in  the 1960s, few would had imagined that it would lead to a Neoliberal Revolution––and this neoliberalism includes both counter-cultural sensibilities and concerns with populations on the margins.

In the end, it was individualistic hedonism that beat collectivist idealism.