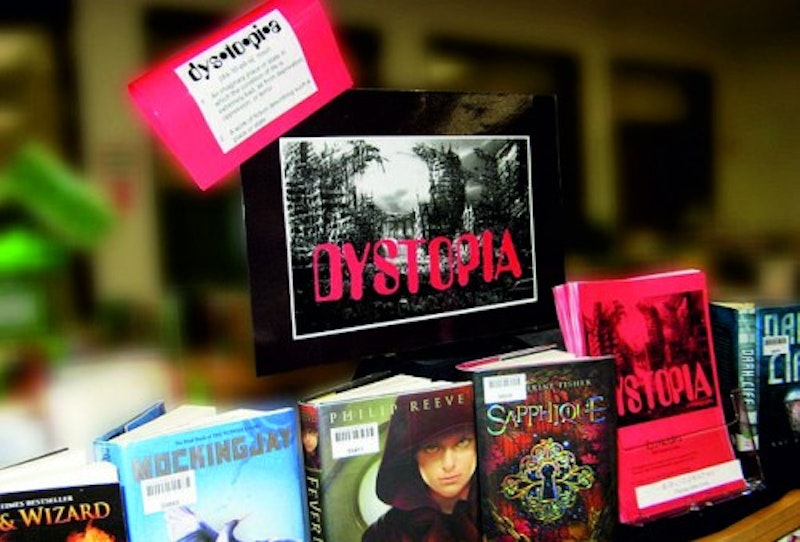 “Do you ever feel a lack of freedom, here in America?,” said a friend of mine who is also Bosnian-American. “Like you can't tell a joke or say what you'd like to say because someone will somehow get offended? Isn't it weird to be feeling this, especially in America?”

I laughed at first to signal the obviousness of such a feeling. I could relate completely. But my laughter quickly dissipated and turned into a serious analysis of political correctness in America.

These days, you don't have to look too hard to find another example of PC culture. Most recently, The New York Times published an article about so-called “sensitivity readers.” Apparently, regular editors of fiction books for children and young adults are not sufficient. They require a brigade of people “who provide feedback on issues like race, religion, gender, sexuality, chronic illness and physical disabilities.”

The New York Times takes a milquetoast and supposedly neutral view of whether such a “service”  has a good outcome for the readers or whether this is indeed censorship. I am not as confused or neutral as The New York Times. Censorship comes in different forms, especially in euphemistic ones, and this certainly is a case of censorship. Even calling them “sensitivity readers” sounds so rounded, soft, and morally good. But to me, they are nothing more than PC Stasi, or globalist aparatchiks set on creating sameness and unnatural equality.

The censorship in this case is two-fold. First, it censors writers. They are not allowed to fully be themselves and as such, their expression on paper will be stilted and inauthentic. A writer cannot be encumbered with the phony baggage of identity politics. The reason is quite simple: it kills art. This whole enterprise sounds as if a “sensitivity reader” is hovering above writers as their typing, saying “good” or “bad” as each word appears. This is quite sad and contra naturam of what the essence of a writer ought to be, namely that they are free; unconcerned with social mores (real or manufactured) and able to portray reality as they choose.

Call it what you want, but being a “sensitivity reader” is not like being a fact checker or even someone who looks for authenticity in the presentation of characters. When I attended a creative writing class, I wrote a short story that involved an elaborate dialogue amongst professors in a faculty lounge. My professor who taught the class said to me that the dialogue was stilted because it wasn't convincing. There was no moral judgment because art more often than not escapes such a thing, especially in its inception and creation. It was both an aesthetic and technical judgment.

That is not the case here. The judgments here are based on some perceived offenses against groups of people that are considered marginalized by the intelligentsia. And if indeed the books which are being edited are offensive, then they have to be left alone in that form.

The second layer of this particular censorship involves the readers: children and young adults. This is just another extension of the indoctrination that is already happening in schools, in which good little global citizens are created, ready to deliver and regurgitate the message of globalist ideology. The earlier the indoctrination, the harder it'll be for children to become truly free human beings. And an ideologue has a particular disdain for freedom of any kind.

This truly looks like a dystopian nightmare. Just like in Philip K. Dick's short story “Minority Report,” where the so-called pre-cogs instruct the Precrime Division to arrest any suspects before they have enacted any harm to society, so do “sensitivity readers” participate in a version (albeit milder) of such a role. They are the policemen and the judges who facilitate both indoctrination and censorship all in one simple action.

We rarely talk about the psychological effects of this bizarre behavior and imposition. Both the writer and the reader have been forced into an existential mold of dread and anxiety. They will always be looking over their shoulder, correcting themselves in every step, in every word they utter in a constant and empty effort to not offend or trigger a firework that's in any case a dud. This only has one result: collective paranoia. It may not be as visible, strong, or obvious as it is in "Minority Report." After all, any novelist exaggerates the political and spiritual causes and symptoms of the ailing society in order to make his point clear. But just because we are not living in a sci-fi story, doesn't mean that there are no dystopian, ideological, and totalitarian structures that attempt, at any opportunity, to turn us into chained people who have lost our individual consciousness.