The Times didn’t "legitimize" Tom Cotton's views—it exposed and documented them, the way a news organization should. 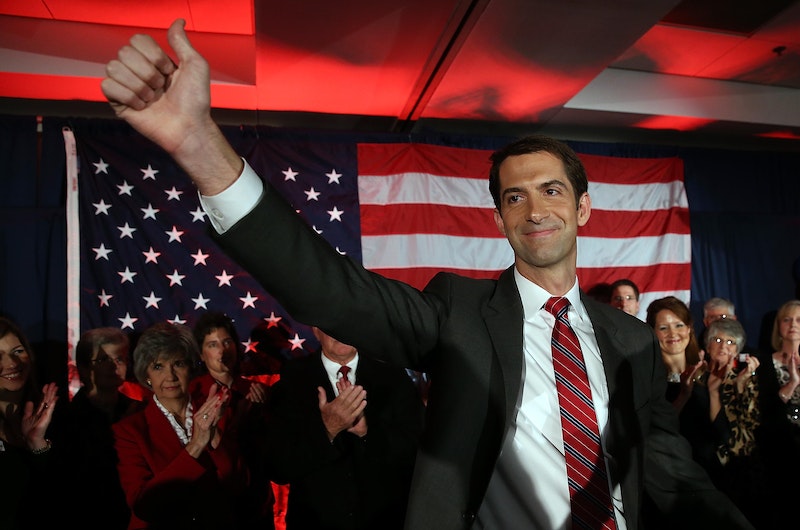 Throughout nationwide protests last week, President Trump pushed for using the U.S. military, under the authority of the Insurrection Act, to quell demonstrations in major cities, particularly Washington, D.C. He was fortunately rebuffed by his own military advisers. His most public supporter, however, was Sen. Tom Cotton (R-AR), who, now notoriously, wrote an op-ed for The New York Times headlined “Send in the Troops.”

The Times and The Washington Post are the last papers where the publication of an op-ed has a shot at reaching a national audience and so people of all political view are keenly interested in what these papers choose to publish or to ignore. In many cases, these pages help define what’s reasonable to debate—do we cut or expand Social Security? Invade Iraq or continue with sanctions? But that’s not all they do.

Publishing Cotton’s inflammatory op-ed was wise and James Bennet, who was forced to resign because of the internal revolt at his paper, was wrongly pilloried. Cotton’s op-ed puts a sitting senator on the record for advocating using military force to silence people petitioning their government to change police procedures. Not only did the op-ed seem insane the day it was published—it aged badly. Protests continued throughout the week but grew increasingly peaceful. New York City lifted its evening curfew a day early, a decision to de-escalate that should have been made earlier.

Throughout Trump’s term in office, Republicans in the House and Senate have been comically ineffective at restraining or moderating the President’s impulses. Had Trump surrounded himself with other generals, tanks might’ve rolled through D.C. We know from experience that most Republicans in both chambers would have squirmed for a way to avoid confronting Trump while also not explicitly advocating for anything the military brought to the streets.

Cotton can wear this op-ed around his neck for the rest of his career. The Times didn’t legitimize his point of view, it exposed and documented it, the way a news organization should. If Cotton were just a think tank provocateur trying to make the idea of military confrontation with civilians palatable to either advance his career or the agenda of his organizations donors, then the Times would have been wrong to publish the essay But Cotton’s a senator, already empowered by the state of Arkansas to influence exactly these decisions.

That the Times doesn’t publish op-eds by every sitting Congressmembers from all parties is not valid criticism of this decision. Cotton decided to jump into the discussion at a sensitive time, while Trump and his generals were already debating. It may well be that the viscerally strong negative reaction to Cotton’s public argument helped convince Secretary of Defense Mark Esper and Joint Chiefs Chairman Gen. Michael Milley to make a stand on this issue. One imagines that anyone advising Trump spends a lot of time trying to decide which battles are worth it. Cotton’s op-ed may have helped clarify things.

There’s plenty to beef about, when it comes to the Times and its choices. But it helps to think beyond “they’re publishing what I like or agree with” and to realize that the paper can have a complex role to play. I’m glad Cotton has revealed himself in coarse and direct language. Rather than be mad at the Times or, worse, happy to see an editor lose his job, energies would be better focused on making Cotton live with those 800 words, and making that life unbearable, for the rest of his career.