The Strange Journey of Clock Boy 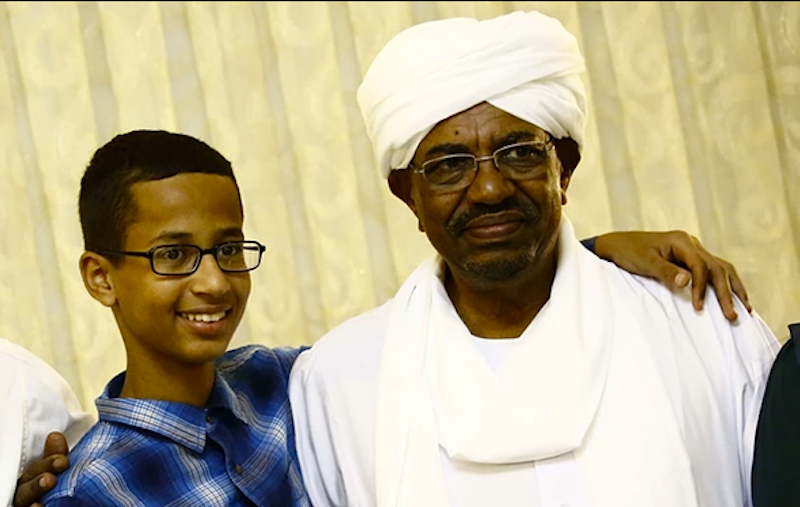 Ahmed Mohamed's life has been a whirlwind of activity since that day he brought his homemade clock to school in Texas and ended up escorted out in handcuffs, on his way to the police station. His arrest quickly became a cause célèbre for those convinced it represented the anti-Muslim prejudice rampant in the United States. President Obama hosted the young man at the White House. It looked like his future was bright in this country—his celebrity status as a 14-year-old has few precedents—but his family recently announced they were moving to Qatar.

The media never actually covered the real story of "Clock Boy," as Mohamed has come to be called. The narrative was set early, not based on factual reporting, by such figures as Glenn Greenwald, and it reverberated throughout the mainstream media, which followed its talking points slavishly.

Greenwald wrote about the clock incident for The Intercept soon after it was reported, and his version of the events in Texas that day was as predictable as a Japanese shinkansen train arriving on time. Writing from his home in Brazil, Greenwald characterized the story as "highly illustrative of the rotted fruit of this sustained climate of cultivated fear and demonization [of Muslims].” Pretty overheated prose, all without any actual evidence that a non-Muslim who brought a device looking a lot like a movie bomb to school would be treated differently.

Maybe Greenwald, who hasn’t lived in the United States for some time, isn’t aware that the tense atmosphere in today's schools has nothing to with fear of Muslims. Mohamed's English teacher, who called the principal when she found the device, was only doing her job. It’s important to note that Greenwald is not a journalist, despite his claims to the contrary. Ironically, he refers to "polemicists who build their public platforms by demonizing Muslims," when "polemicist" is exactly what he is. Greenwald constructs arguments rather than objectively reporting facts, and is unable to write anything that doesn't express hostility towards some individual or group.

The earnest fans of Greenwald take him at his word now that his celebrated release of the Snowden documents—which were dropped in his lap due to his political beliefs—has granted him iconic status. They hang on his every word, unaware—or simply not caring—that he's not reporting factually.

Greenwald wasn’t the only one failing to scrutinize this story properly. No member of the mainstream media did either. The White House didn't do its due diligence. "In this instance, it's clear that at least some of Ahmed's teachers failed him," stated White House spokesman Josh Earnest, appearing unfamiliar with the facts of the case. Some teachers? Only one teacher called the principal after seeing his device. "That's too bad," Earnest continued. "This episode is a good illustration of how pernicious stereotypes can prevent even good-hearted people who have dedicated their lives to educating young people from doing the good work they set out to do."

Now there's some silly editorializing. The White House unfairly sent out the message that teachers doing their jobs are "failing" their students and promoting pernicious stereotypes, and Mohamed got a big photo-op of a hug from the President. I wonder what Obama thought when he saw Clock Boy's next photo-op, when he posed with a big smile and with his arm around accused war criminal and Sudanese dictator Omar Hassan al-Bashir in Khartoum. The teen told reporters that he was "extremely delighted" to meet Bashir, who has an outstanding arrest warrant from the International Criminal Court on genocide charges and who harbored bin Laden in Sudan for five years prior to the 9-11 attack.

It's hard to avoid the conclusion that, in a final goodbye gesture, Clock Boy was giving the finger to the country that had embraced him after his arrest. Qatar is a nation living under severe sharia law whose official faith—like Saudi Arabia—is the radical Salafi version of the Sunni version of Islam. If Clock Boy decides to take a drink of alcohol in Qatar he can expect a lashing. If it turns out that he's gay, he could get the death penalty.

Playing the victim card gets you a long way in this country. If you identify as a victim—as Clock Boy does—the political left bestows tremendous power on you. One has to wonder what the left thinks about the Clock Boy story now, but it's not too hard to figure out. He'll be seen as a very talented youth driven out of this country by its bigotry. But he's safe from all that now. Living in the bastion of freedom known as Qatar, he may eventually be able to put all the memories of Texan tyranny behind him.