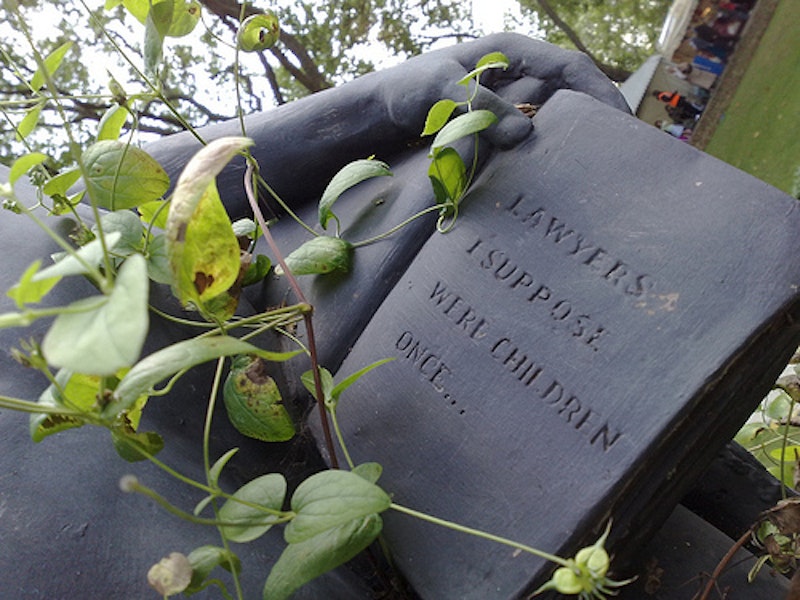 There’s no question that lawyers have done plenty of damage to civilization, often by encouraging arcane rules only they can navigate. They deserve at least some of the hatred and jokes thrown their way. I must confess, though, that several of my favorite people are lawyers (as were some of the Founders) and that for all their crimes, lawyers are a rational bunch. You may not like their arguments, but at least they have some and are willing to discuss them, carefully and analytically (like some of us former philosophy majors).

So when we find ourselves living in a world full of almost delusionally-detached sociology, literature, and grievance-studies majors trying to tell us what the shifting, vague, and internally-contradictory rules of etiquette, speech, law, and campus life are supposed to be, sometimes it’s the mind of a lawyer that’s best suited to cut through the fog. They can help remind everyone which rules are coherent and which are P.C. nonsense-talk.

New Cornell University president Elizabeth Garrett, bucking the appease-everyone-always trend at the nation’s institutions of higher learning, said earlier this month she “would never” require trigger warnings on controversial course materials and that she is an “avid supporter of free speech” (as noted in this article brought to my attention by John Althouse Cohen). “We’re about reason, rationality, debate. So if you disagree with someone, the answer isn’t to shout them down,” she added.

Remember the day before yesterday when that idea still seemed like obvious common sense? If we disagree, let’s openly debate? If we are offended, look away, let bolder souls carry on, and rationally counter the offending ideas at a later time? I’ve long thought that basic idea that we should hear everyone out, then debate, was one that nearly all Americans, across the political spectrum, agreed upon, but I’ve been known to give the human race more credit than it deserves on occasion.

Naturally, I’m inclined to think the censorship impulse of recent decades is largely born of left-liberal hypersensitivity, without for a moment excusing the more ancient conservative impulse to censor blasphemy or silence people in the name of national security. One leftist to whom I spoke about the problem thinks at least some of the impulse to shout down the opponent, especially among college students, may trace back to customs as stupid as sports fans shouting their derision for the other team as an impromptu chorus.

I won’t deny there’s plenty of stupid to go around. Those lawyers, by contrast, are pretty polite and reasonable most of the time, with their speeches and their cross-examination and their carefully footnoted documents. Cornell, and the rest of us, could learn from them. The unpredictable waves of Twitter outrage and new calls for censorship, by contrast, look to me as though they presage not so much rule of law as a dawning era of constant, savage conflict.