Why can’t Michael Kinsley figure that out? 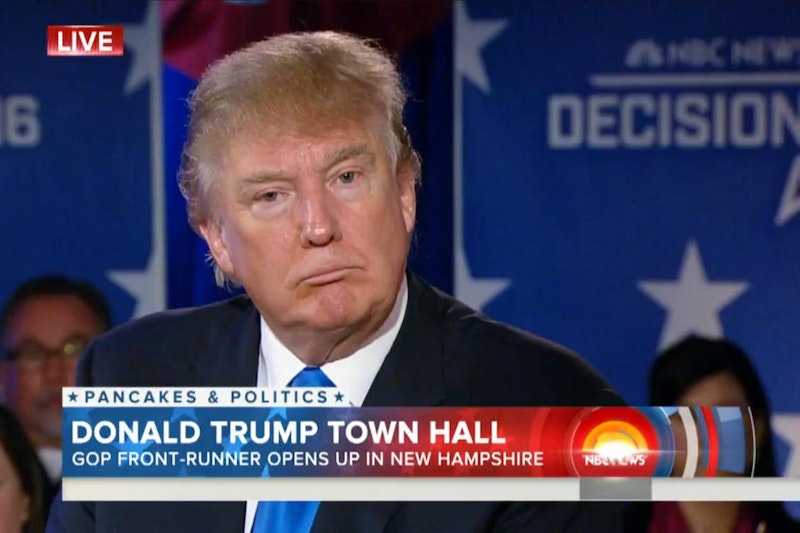 Oh dear. This is not going to end well. I’m fear that Vanity Fair columnist Michael Kinsley is yelling at himself to get off his own damn lawn. And, smh, that’s no Kinsley Gaffe. I mean, the calcified writer—seriously, back in the day, 1920 or so, he made a super, if self-satisfied, point or three—on occasion uses the pages the equally-calcified VF to prove he’s not just a trophy writer on a sinecure. In the November issue, really, he had me just by saying that Donald Trump is a buffoon. But you know, Kinsley just had one job… and he blew it. The column was not a hot take about party actors; he didn’t double down; it was Not The Onion; it didn’t even talk about haters or trolls and failed to give a single h/t to anyone! As Bert Lahr famously said in The Wizard of Oz, back in the day, “The noive!”

Is this problematic? I don’t think so. BOOM! Mike (we don’t know each other, not even virtually, but I’d like to think we can share teachable moments) makes tons, really tons, maybe a bazillion tons, of smart observations about The Donald, but at the end of the day, misses the big picture. That’s just not the journey that was promised: thought he was going to go all Teddy White—like Michael Wolff once ribbed party actor/journo Jonathan Alter about—but falls a c-hair short of the big bonanza. (Oh no. Over the line. I must retreat to my safe space, my comfort zone, and wear the hairshirt for that misogynistic, fucking-with-feminism off-the-cuff slur.)

Anyhoo, here’s the good takeaway from Mike’s column (dessert before lima beans, dears): “All [Trump] brings to the table is a lot of money and a talent for publicity… But where’s the wisdom? Where’s the gravitas? Trump’s self-designated role in our culture has been the clown who, because he doesn’t give a damn, will say anything, including truths that more serious people will not utter. That’s fine. I wouldn’t mind having that job [You do, Mike! You invented the Kinsley Gaffe!]. But Trump is apparently tired of playing the Fool. He wants to be King Lear.”

I liked that, and if it makes me a Boomer anti-Millennial, mea culpa, that’s one me! So there’s that. But then Mike gets all screwy, all tied up in integrity, when he writes, “The press is so hostile to Trump that it has broken new ground in what reporters are allowed to say in ostensibly ‘objective’ news articles and broadcasts… But every insult from the hated media just makes Trump stronger.”

Here’s a tip, Mike: you snooze, you lose. I mean, this ain’t no disco, this ain’t no Mudd Club, this ain’t no Baby Hitler. What gives you the daft idea that the media is hostile to Trump? They love—lurve—the big galoot, not only because his whirlwind of appearances are like, a blast and a half to cover, and so much more entertaining than listening to Marco Rubio talk about taxes, and is the gift that keeps on giving now that all those hot takes about how Hillary smoked the GOP in the Benghazi uber-inquisition are done. Trump’s every speech brings a rainstorm of fucking great quotes. It’s almost like Watergate for the kid journos who missed all those hot takes in ’73 and ’74.

Here’s the thing, Mike (and like, I’m really embarrassed that this needs 2 b spelled out): The media wants Trump to win. You could stay inside and play games, idk, but after the funfest is over, when Hillary is nominated, what could be better than if the modern Horatio Alger, who got a “small” loan of $1 million from old man to start out in building a trazillion Xanadus, actually wins the GOP nomination. The House is, probs, out of reach, but we’re talking Democratic landslide, not only for the White House, but the Senate as well. And since most reporters are on the dark side, and vote/report Democratic, they don’t have to eat any vegetables! That’s how the media rolls!

So wrap that around your head, Mike. C’mon dude, wasn’t the tip-off about your colleagues’ love of Trump right in the same issue of VF when former rock star editor Graydon Carter bragged about The Donald still being ticked off over that “short-fingered vulgarian” back in the day at Spy? Get. With. The. Program.