The Rise Of The Conservative "Grifter" 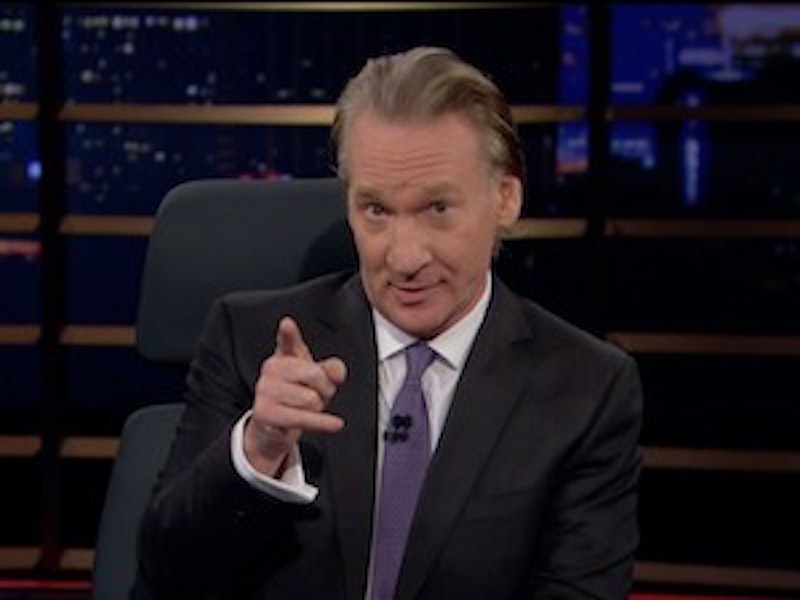 Andrew Kimmel, a blue-checked Twitter pundit, tweeted this earlier this year: "Today's lesson in grifting... presented by two of America's biggest grifters, @Liz_Wheeler and @benshapiro." He was referencing a video he'd included that showed Shapiro interviewing fellow conservative, Liz Wheeler, and then cutting abruptly to a commercial that he read for Helix Sleep Mattresses. Was Kimmel suggesting that, once you pay for the expensive mattress, Helix will ship you one purchased at a Goodwill and give the right-wing inciter a cut of the action? No, the implication's that merely reading advertisements on your podcast makes you a con man, even though that's long been a staple of the podcast business, and the radio business before that.

Podcast royalty Marc Maron's been doing the same thing for years on his show with a variety of products, but Kimmel would never call him a grifter because Maron’s a fellow liberal. "Grifter" is today's pejorative of choice for left-leaners seeking to discredit a small group of prominent conservatives who are making money outside of the MSM, an accomplishment that, for the most part, eludes lefties.

Grifters are cheaters. They're short-change artists. Shapiro and his fellow conservative "grifters" are selling opinions, but they're the "wrong" opinions, so they must be tricksters working the long grift. A grift, however, requires a "mark." Who's Shapiro's mark? His fans get his podcast for free, and the sponsors who pay him get access to millions of consumers for their money. It's called advertising.

Mari Uyehara, in her GQ article, "The Free Speech Grifters," provides a nearly complete compendium of all the alleged right-wing con artists, although she focuses on their ideas and arguments as the grift, not their income schemes. "Grifter" has become an all-purpose slur.

Uyehara presents her targets as frauds because they push the "incorrect" narrative that college campuses are morphing into "no-free-speech" zones under the pressure of leftist ideology. The opposition, on the other hand, which argues that the right wing is the real anti-free speech culprit, doesn’t resemble a fake Nigerian prince with an email account. These clear-thinking citizens use pure reasoning, employing fractals, syllogisms, matrices, and mathematics to take them to their conclusions without allowing even a hint of their own political leanings to seep into their thought process.

Uyehara cites Adam Serwer of The Atlantic and Times columnist Jamelle Bouie as two such Aristotelian thinkers who've laid waste to the grifter theory of campus illiberalism towards speech. Both of these writers, however, happen to be progressive ideologues who never veer even slightly into heterodox territory. How about a neutral party's observations for an objective point of view?

Is it possible that this campus free speech issue's a legitimate topic of debate in which neither side's seen as the intellectual equivalent of a three-card monte dealer? The $836,421 that UC Berkeley spent to maintain order when Shapiro—who some progressive ignoramuses call "alt-right" despite the fact that he hires security to protect him from that very group—spoke there in 2017 tells me that the answer's "yes," but maybe just thinking that means I'm a grifter.

Word's out that podcaster/comedian Joe Rogan and psychologist/self-help guru Jordan Peterson are grifters too. They're said to have taken on the surrogate Internet daddy role for disaffected young white male incels so they can gateway them into misogyny, transphobia, and the alt-right, all for a big profit. Maybe, as Ilhan Omar said of Israel, they've hypnotized the world.

Rogan, like Shapiro and fellow grifter Dave Rubin, gives away his podcasts for free, while taking money from advertisers in a standard business transaction. Peterson makes $80,000 per month from his Patreon alone. People who like what he has to say pay him voluntarily on a monthly basis. Grifters, on the other hand, have no repeat customers, which is why they're constantly on the prowl for the next mark.

That Andy Ngo, an independent journalist from Portland, is a grifter's axiomatic on the Left at this point. He's also "not a real journalist," something I've heard dozens of times, even though he's written for publications like The Wall Street Journal and New York Post, and despite the fact that he's on the ground covering antifa's violence, which once put him in the hospital with a brain hemorrhage. Ngo's a fake journalist but Don Lemon's a real journalist because he has the correct opinions.

Mari Uyehara writes, "It is easier to mock microaggressions and trigger warnings than to grapple with serious social-justice concepts." Also: "In America, there's always been a contemptuous crowd thirsty to pick off the extremists in and caricature movements for social change." Has she ever considered the possibility that she and her like-minded progressives are caricaturing conservatives and taking the easy way out by mocking them as grifters instead of debating their ideas?