Jonathan Franzen Can’t Solve Climate Change for Anyone Who Matters

Writing for your demographic. 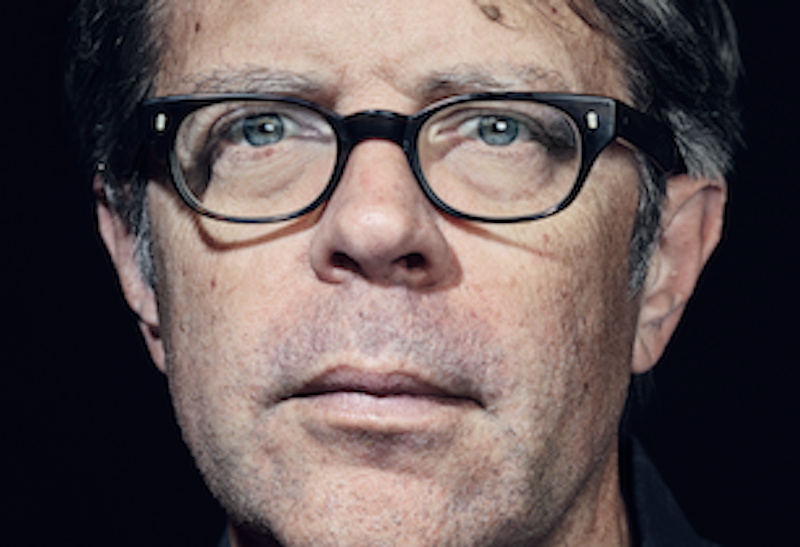 Jonathan Franzen’s current New Yorker op-ed, “What if We Stopped Pretending,” is a mournful capitulation to the inevitability of a climate change apocalypse. He suggests that we become more realistic in order to make the best of things going forward. Unfortunately, Franzen’s suggestions are aimed at the same audience he’s always had, which is to say, an audience largely identical to that of The New Yorker. He’s nothing if not consistent.

Franzen proposes that the reader “rethink what it means to have hope,” even though “things will get very bad.” And he recommends “a more balanced portfolio of hopes,” in which we focus on positive improvements in our immediate vicinity: “Keep doing the right thing for the planet, yes, but also keep trying to save what you love specifically—a community, an institution, a wild place, a species that’s in trouble—and take heart in your small successes.”

He thinks we should do this even if, from the vantage point of the Franzen’s ideal reader, the world doesn’t seem like it will be imploding tomorrow: “The planet, too, is still marvellously intact, still basically normal—seasons changing, another election year coming, new comedies on Netflix—and its impending collapse is even harder to wrap my mind around than death.” What honesty. What radical candor. What a clear-eyed understanding of normalcy.

There’s ethnic cleansing taking place in China, over 300 active public execution sites in North Korea, mass public shootings on an almost weekly basis in the US, and migrants held in concentration camps, but the present moment can seem so seductively normal to Franzen that it’s hard for him to understand death. I wonder how hard it is for 13.5 million Syrian refugees currently in urgent need of humanitarian assistance. I wonder if five minutes reading Human Rights Watch would help him process what normal means.

Still, Franzen is trying hard to write something admirable. And I’d agree wholeheartedly with him if I lived in a gated enclave, had pet projects like the “Homeless Garden Project” he supports, and had The New Yorker delivered to my door so that I didn’t have to risk my life walking down the street to buy it. The planet is warming and all the art galleries and wine bars and community gardens will soon catch fire, but one does what one can. After all, it’s important to keep busy, to maintain one’s philanthropic interests, even with the end times bearing down.

He adds, “In the summer, as a member of [the Garden Project’s] program, I enjoy its kale and strawberries, and in the fall, because the soil is alive and uncontaminated, small migratory birds find sustenance in its furrows.” That sounds lovely. Let’s enjoy all the Netflix and the kale. The quail-egg-and-ceviche breakfast burritos at Whole Foods must be great right now. Woe is us. Hand me that croissant.

I’m not angry at Franzen. I’m angry at the cultural myopia on display in his piece. It takes me back to graduate school, before constantly thinking about death was more of an option than a requirement.

When The Corrections came out, I was in an MFA program and Franzen was the acceptable alternative to Alice Munro if you didn’t want to take a beating. You could sit with The Corrections in a local café or bar without worrying that one of your fellow writing students would notice and bring it up the next day in workshop. And if you tried to imitate Franzen in a workshop story, there wasn’t much to be gained by criticizing you because, let’s face it, he was An Important Writer.

I went to a prestigious, competitive, and highly neurotic writing program full of gifted rich kids, where Important Writers were everything. Not Iowa, but close enough. Where a small group of New Yorker fiction writers were worshipped as much for their success and status as for their work. Maybe it’s that way everywhere, but there was no question that Saint Munro was the ultimate in this, beyond all reproach. Once you brought Alice Munro up in a critique, it was like quoting from the Koran.

Then there was Franzen and writers like Michael Chabon, David Foster Wallace, Lori Moore, Jeffrey Eugenides, and Annie Proulx. They all had one thing in common: they were marketed to the same sorts of readers and hyped in the same sorts of magazines, a who’s who of Best American Short Stories monotony with The New Yorker down in front.

Others came and went, but Franzen stayed in the number two untouchable spot behind Munro throughout my graduate years. If you wanted to be safe, if you wanted to guard against the particular workshop attack that shamed you for your reading material and, in a broader sense, insinuated that your taste was of the peasantry, you held up Franzen or Munro.

Maybe you reinforced your bulkheads with Infinite Jest and referenced Middlesex now and then as a precautionary fusillade. Then no one would be able to take you out, at least during those critical zen-inquisition workshop moments when your fiction (and your identity as an artist) was put to the question. Those were the times you needed the canonized saints of privileged, lily white, creative writing to work for you, not against you. But these may not be the ones who will save the planet.

I think of this when Franzen says, “A project like the Homeless Garden offers me the hope that the future, while undoubtedly worse than the present, might also, in some ways, be better.” And I think, wow, he really isn’t writing to those unfortunate Syrians, is he? Things probably aren’t going to get better for them as a result of climate change.

Back in those heady, hyper-competitive MFA program days, you could even say, “I wrote this under the influence of such-and-such Munro story” and there would be a certain reverent silence. Sure, everyone in the room might despise you because you just got published in Lost Nose Journal (or just on principle). But they’d have to let at least some of their venom drain back into the poison gland that MFA students develop as a result of the workshops, breakdowns, readings, and overdoses that come to define their lives. Still, I wonder what the influence of writers like Franzen can do for the burning Amazon. Surely, he can exert his powers in some manner beyond placing a depressed column in The New Yorker.

It’s not that I dislike Franzen’s work or even that I dislike his present op-ed dirge. I’ve liked something from every one of the writers I’ve mentioned here. But I’ve always hated how often their work was targeted to a slick magazine/NPR demographic, a kind of Manhattan provincialism that seems like publishing industry branding. It’s commodifying and cynical when it treats the subject of climate change. And one gets sick of that quickly if one hasn’t grown up with a trust fund and a second home in the Hamptons.

Trouble was, many of my fellow writing students were part of that demographic and actually did have trust funds and houses in the Hamptons. They approached the MFA partly as a cultural finishing school, a stepping stone to becoming the editor of a magazine with a glossy cover, and/or as a masters program that could work around their skiing itinerary. Several of them went to work for the Big Six or publications like The New Yorker.

Whenever possible, they read the right books and voiced the right thoughts, much like the part where Franzen complains that “Unlike the political right, the left prides itself on listening to climate scientists, who do indeed allow that catastrophe is theoretically avertable. But not everyone seems to be listening carefully.” Everyone being Those Who Matter. Those who don’t matter may be listening carefully, but Franzen isn’t concerned with how they seem (granted, they may be currently bundled away in an ICE concentration camp in the desert).

Aside from going broke, my fellow students’ unifying fear was being called out as frauds under the workshop interrogation light. And Franzen’s fiction was a big help in allaying that—right up there with hard drugs, road trips to the AWP Conference, and in-class gang-ups. In spite of all the money and privilege, there was a fair amount of substance abuse and mental illness. There was also talent, but it wasn’t the first thing you noticed.

Very little intellectual or artistic exploration seemed to be taking place. No one had time, what with all the talking to agents, flying to New York for the right parties, and hoarding cocaine for those difficult moments at the end of every semester. One thing was certain: none of those MFA students was ever going to solve the conundrum of climate change. But many of them are no doubt teaching The Corrections to rooms of college freshmen. And perhaps some of them will write op-ed pieces if there are any high-status post-apocalyptic culture magazines.

There was a point where I gave up on Franzen. It coincided with the realization that slick magazine fiction is not something in which I’m very interested. For writers, interest and capacity need to run together. And you don’t develop the ability to regularly produce a certain kind of work unless adrenaline can attach to a voice or an image. Textures and shapes have to stimulate you. Otherwise, it’s like taking bad medicine. You’re miserable, trying to write something at odds with who you are.

Giving up on the should to find one’s true subject matter is an important step for a writer no longer intimidated by publishing status or the need to have a particular kind of career. But some writers never get there, particularly those trapped by their own celebrity and the efficacy of their personal brand. I think Franzen might be like this. No matter how sincere he seems arguing, essentially, that we should think globally and act locally (an idea that’s been around in social activism at least since 1915), he’s merely offering up a unoriginal set of talking points to a privileged readership. Like any good writer, he’s keeping his audience firmly in mind.

I think I’d like Franzen if I met him in person. He seems like a sensitive, caring individual, someone I might briefly greet while trying to find the side door at a dreadful MFA party; though, his values seem very much part of an elite vision of America that recognizes two coasts and a whistling void in the middle.

Regardless of his fiction being set in the Midwest, I can’t help but wonder whether, amid all the community gardening, kale eating, and doomsaying, Franzen ever takes time to imagine who might be in that neglected middle—a middle that hasn’t been healthy or happy or taken seriously by the costal smart set in a very long time. No doubt many of Franzen’s readers are still wondering how a buffoon like Trump could come to power with so many quality people in California and New York.

It’s hard to write about someone you can’t imagine anymore. And it’s especially hard to stop wringing your hands when it seems like the good times are soon to be gone forever. Will climate change take it all away? What about the community garden? What about the strawberries? I read last week that ICE is keeping migrant children in wire cages. But there’s a new comedy on Netflix. Watch it while you can and be sure to act locally.