RINO is a Meaningless Label

In the age of Trump, old slang just slips away. 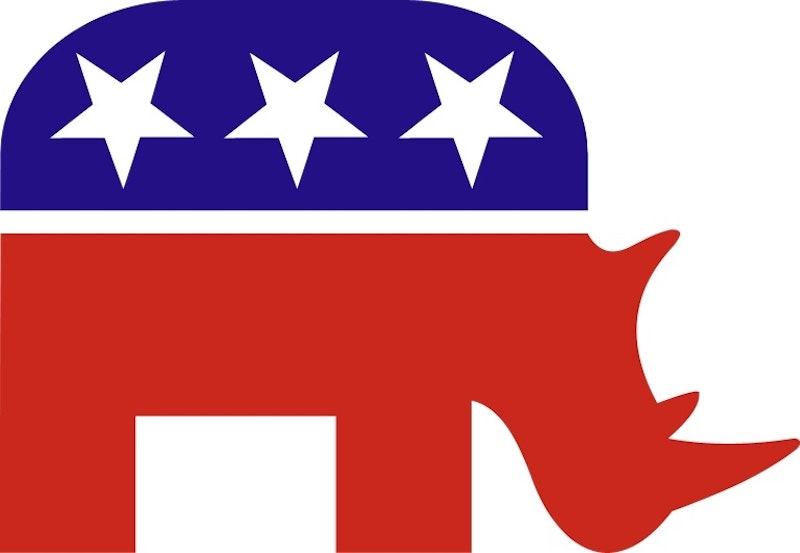 Among right-wingers, RINO (Republican in Name Only) is a common insult, but it’s a label with little meaning in 2020. Originally, it was meant to describe Republicans who aren’t conservative. The terms Rockefeller Republican and Gypsy moth Republican have also been used to describe these kinds of people. The Party’s a somewhat large tent, so there’s plenty of disagreement among its members. That said, who defines what a RINO is?

Some say that anyone who’s disloyal to President Donald Trump is a RINO. That would put the 2012 Republican Party’s presidential ticket—Mitt Romney, and Paul Ryan—in the category. The same goes for the 2008 candidate John McCain, and the Bushes. But if every Republican presidential nominee between Ronald Reagan and Trump was a RINO, except Bob Dole, that’s probably a bad way of defining it. Trump, after all, was donating money to Chuck Schumer while George W. Bush erected a fence along the Southern border.

Meanwhile, Rep. Jeff Van Drew from New Jersey, who joined the Republican Party in December after years of being a Democrat, is largely safe from the label. That’s the case even though Van Drew has voted with Trump less than Alexandria Ocasio-Cortez and initially backed Cory Booker for president. But since he said he’s loyal to Trump, his voting record doesn’t matter. That’s not to say voting with Trump is the only way to escape the RINO label. But when one votes with the Republican president less than a democratic socialist does, there’s a good chance that person is not right-wing. But Van Drew’s switch puts Nancy Pelosi one seat closer to losing her House speakership.

If it’s about ideas it makes more sense, but in a two-party system in a large country, there has to be room for disagreement. People shouldn’t vote for someone because they have an R or D next to their name and what it takes to win an election in Alabama is not the same as in Massachusetts. And there are some Republicans in Massachusetts who are atrocious (for expanding occupational licensing and the surveillance state, raising taxes, opposing school choice, voting in favor of creepy middle school sex education mandates, etc.), but a hardcore conservative isn’t going to win a senate seat in a liberal state.

If calling out RINOs has to do with the party’s effectiveness, then maybe the liberal Republicans should get a break and the real RINOs are on the far right. Bill Weld cut taxes in Massachusetts and balanced the budget, after all. Meanwhile, people like Iowa Rep. Steve King and Trump senior advisor Stephen Miller are extremely detrimental to the team. Elected in 2002, King has never gotten a meaningful piece of legislation passed. He got a post office renamed once, but for the roughly $3 million he’s made in Congress, that’s a terrible track record. He’s more known for his connections to white nationalism than for getting that post office renamed.

The same goes for Miller. He convinced Trump to walk away from an immigration deal that included $25 billion in border funding and a long-term pathway to citizenship for DACA recipients. Miller also crafted the child separation policy at the border and manufactured the migrant caravan crisis before the 2018 midterm election that cost the GOP seats. By all means, have an effective immigration policy, but the Party might regret their connections to King and Miller in eight years when demographic change in the southwest makes it tough for them to win national elections.

What any political party should be looking for are people with unique ideas who want to help their constituents. And politicians shouldn’t base their positions on what some committee put in their platform. If they think people shouldn’t go bankrupt from medical bills, the troops should come home and opioid addiction is a public health issue not a crime, then that’s what they should run on.