The Re-Education of Michael Moynihan 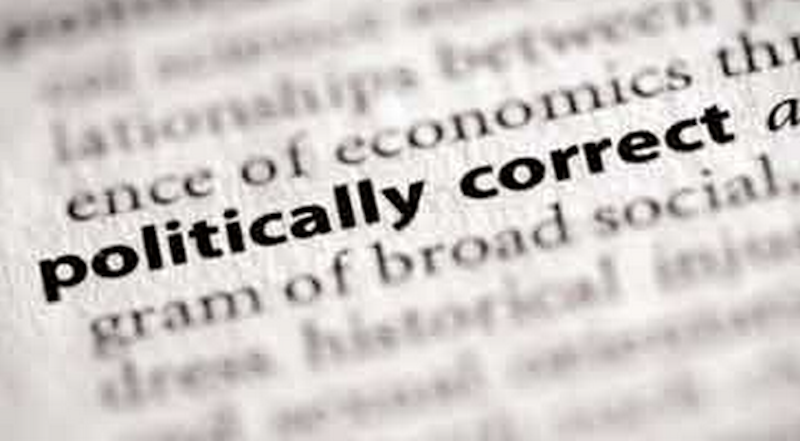 I had a chuckle this morning upon reading Michael Moynihan’s entirely sensible Daily Beast article “Warning: This Column Will Offend You,” perhaps because it was reassuring that, as a fellow “boring white guy,” Moynihan shares my disgust at the linguistic recalibration that’s taking place on college campuses and in the media. Moynihan, the cultural editor at that largely unreadable site (sharing space with the likes of Michael Tomasky, David Frum and Eleanor Clift), and one of today’s few remaining quality journalists, has a lark poking holes in the argument that one has to be extraordinarily careful in choosing words lest he or she be ostracized for embracing insensitive stereotypes. Moynihan writes, in running down a list of ridiculous but au courant phrases such as “slut shaming” and “mansplaining,” that it’s due to the “the daily horror of Twitter” that he’s now up to snuff: “Floating in the fog of privilege, all sorts of voguish developments in language control bypassed me.”

I hadn’t taken the time to understand the fuss about “trigger warnings” that you see on Twitter or other social media, but Moynihan cleared it all up:

Being so behind the times, I only just discovered the neutron bomb of censorious masquerading as concern: the “trigger warning.” This is, roughly, a label that would accompany an article, film, song, book, or piece of art warning potential viewers that the content might make them upset or uncomfortable (often the point of art) and thus trigger memories of a traumatic event.

Christ—and I apologize for possibly offending the religious, although that’s probably okay with the garden-variety liberal—I’m in the same sinking dinghy as Moynihan, for all this nonsense makes me want to read nothing but sports stories by regular Joe (oops!) beat reporters. Doesn’t this all make the phrase “politically correct,” which spread on college campuses and throughout “progressive” circles like a wildfire in the late-1980s, seem rather quaint? As does the usage of “person of color” (rather than black, Hispanic, etc.) or describing someone as a “spokesperson,” even when a writer specifically quotes a man or woman. I may be brought before a tribunal for admitting that I’ve used the word “niggardly” in articles countless times in the past decade, never mind that the derivation of the word has nothing to do with the racial slur. If you’re not careful, the current climate of “language-shaming,” even in an era when simpleton websites like BuzzFeed or The Huffington Post rot brains, can result in antagonistic stalemates with friends.

I had a glimmer of the coming nonsense back in 2009 when a colleague of mine at Splice Today, listening to the music on my iPod, asked me to play a certain song over again since he thought it sounded quite wonderful. It was Bob Wills’ “Take Me Back to Tulsa,” a 1940 tune that, to his horror, after close attention, contained the lyrics, “Darkie picks the cotton/Rich man makes the money.” He said, “Uh-oh, that’s trouble!” implying that he couldn’t countenance such supposed racism even if the song was popular in an entirely different America.

I just finished Robert Greenfield’s upcoming book Ain’t It Time We Said Goodbye, a breezy and entertaining account of the Rolling Stones’ last British tour before leaving the country to avoid the penurious taxes at the time. It’s 1971; Greenfield accompanies the Stones on the road, and is privy to the laborious re-mixing of the band’s Sticky Fingers. As he writes, the hit single from that album, “Brown Sugar,” was originally titled “Black Pussy.” It didn’t make the cut, but in thinking about the Stones, I wonder if any “trigger warnings” are affixed to their catalog of classics that Baby Boomers love to sing along with at arena concerts. Maybe the intoxication of seeing Mick & Keith live lets them forget songs like “Stupid Girl,” “Sweet Black Angel” (including the words “Ten little niggers”), “Under My Thumb,” “One Hit (To The Body),” “19th Nervous Breakdown” and “Midnight Rambler,” that, if hypocrisy didn’t abide, wouldn’t be allowed to foul the ears of any progressive, let alone “the children.”

I’m dismayed to realize that a current “word-discouragement” campaign at Duke University isn’t the last straw. Among the offending phrases is “man up,” which apparently is hurtful to certain individuals. It’s true that “man up,” is insulting, but only because it’ a hoary cliché that ought to be shunned for that reason alone.

In honesty, I can’t say I’m surprised by all this uproar, all these idiotic “trigger warnings,” but it’s perplexing nonetheless. Now, you’ll excuse me as I attempt to work out a past trauma jogged in my memory from reading the word “lockbox.”