Democrats obsess over Trumpism while blind to their own potential to wreck society. 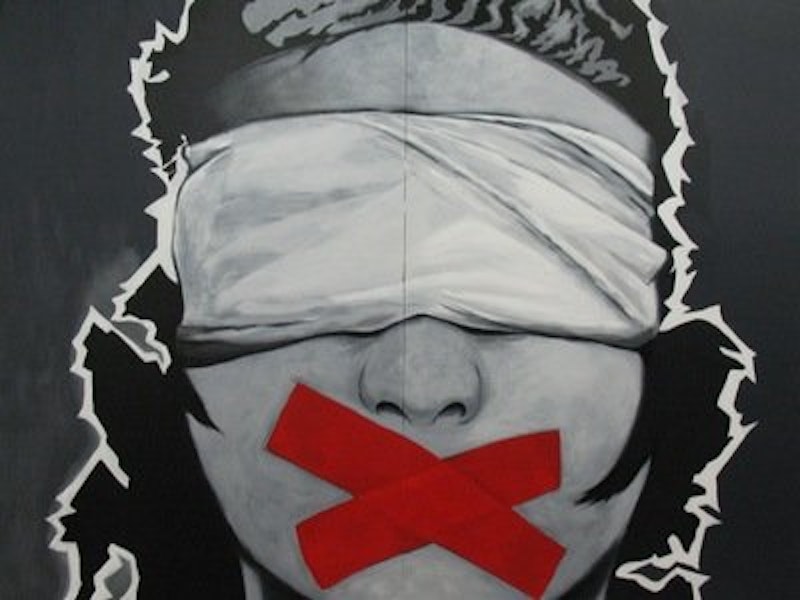 There's a near unanimous consensus among Democrats and leftists, plus a sizable contingent of conservatives, that the racially-tinged nationalism that Donald Trump espouses is taking the United States down the road to ruin. There's a feeling that eight years of this president in the White House could damage the nation irreparably. Why Trump got elected and how he got away with so much bad behavior during his campaign is still a total mystery to his detractors. Lacking insight into the opposition's mentality, they fall back on the lazy and self-destructive consolation that the Trump phenomenon is rooted only in “white supremacy” and “white nationalism.” Addicted to their intersectionality politics, they're unable to see that ideas exist independently of identity.

Nationalism became associated with fascism in 20th century Europe, so now it makes people uneasy when certain conditions cause it to resurface, as it has under Trump. It grows in response to perceived “outside” threats—currently globalism and moral relativism—which the Right sees as threatening Western values. Trump spelled this out in his July speech in Poland, and the contrasting reactions were telling. To the Left, the speech signaled the racial and religious paranoia they find so repulsive, while the Right thought it was a remarkable affirmation of the need to continue to fight for Western principles. It was if they'd heard two different speeches.

The Left isn’t interested in this fight because it cares little for Western values, which it would prefer to discard and replace with those of Marxism and postmodernism. The Democrats’ dirty secret is that many on the Left hate the U.S. They’re unable to forgive the nation for its original sin of slavery and a host of other perceived failures.

Democrats obsess over Steve Bannon’s envisioned ethnonationalist state while remaining blind to their own party’s potential for harm if they don't check some excesses. They've become too comfortable with the smug feeling that they're on the right side of history to grasp how easily that could change. Specifically, where it could go wrong for them is the trend on the Left of playing down the importance of free speech, which is the one right that has allowed Western democracies to flourish. Mention “Western” culture to a Bernie Sanders supporter, however, and you're likely to get a lecture on the racial and religious undertones that invoking “the West” brings.

Freedom of speech is now being tested on the American college campus. Strange things are happening in the war of ideas that’s now transcended the political and the philosophical on the way to becoming an evangelical movement in which you either have faith or you don't. Heretics are dealt with without mercy, as in the case of Evergreen State's Bret Weinstein, the progressive professor who bucked the leftist mob and soon found his physical safety compromised. How it plays out on the campuses will eventually make its way into the general population, as it always does, so everyone should pay attention. At stake is the place of the individual in society. Campus leftists give little credence to the concept of the individual having free will and a discernable identity distinct from the group. The vital lessons of the Enlightenment are lost on them, although they can quote Foucault.

Trump attracts attention by denigrating the media and periodically suggesting that the government intervene on behalf of “the truth,” but the Left shares this tendency, with less fanfare. People are self-censoring now. The media doesn't write about self-censorship like it does about Trump’s constant campaign against “fake news" because it can't see it. To suggest that Islam might be more violent than other religions based on what's being taught in madrassas and even mosques, or that Caitlyn Jenner isn't a real woman because she has a “y” chromosome would provoke such a vicious response that people suppress themselves. Under such conditions, people end up settling for dogma instead of arriving at the truth through a dialectical process where flawed ideas are challenged and then adjusted. It's so Soviet.

The Left, in achieving its state of self-censorship, has managed to do something more damaging to the human psyche than having the government control what can be spoken or written down. The ultimate state of subjugation exists when people voluntarily shut up to protect themselves or those close to themselves. The next step is controlling your thoughts so that there's less temptation to speak up. That's total submission.

People with classical liberal values and those who don't accept the spinelessness of moral relativism or social justice being favored over objective justice find themselves marginalized on the left. They don't want to submit to the degradation self-censorship because they have some idea what it was like to live under the boot of the Stasi in communist East Germany. The level of repression in East Germany before the Berlin Wall came down took years to put into place. The American Left is tightening that same screw now.