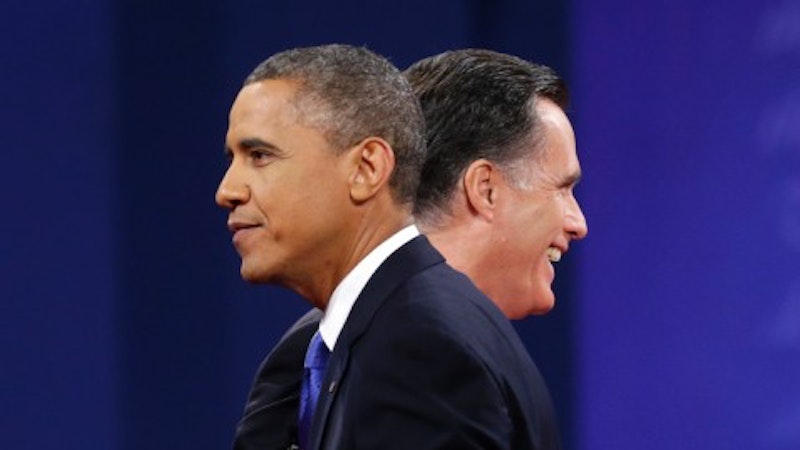 “In the weeks ahead, I also look forward to sitting down with Gov. Romney to talk about where we can work together to move this country forward.” –President Barack Obama, during his re-election speech on Election Night, 2012

Mitt Romney devotes much of November to arranging jobs for campaign staffers and coordinating the annual Romney family Thanksgiving bash, but realizes, on Thanksgiving evening, that he has yet to receive an invitation to the White House from President Obama. Still reeling and slaphappy from a fourth serving of turkey, Romney texts ex-campaign manager Matt Rhoades, requesting an update: “whrz my golden ticket mattt-money?!? is POTUS this stingy with the cranberry sauce# lolz.”

Then, for a long, fateful interval, Romney’s attention wavered between the impassive face of his Blackberry and the flames roaring before him on the hearth. The heat causes the Christmas stockings affixed to the mantle to sway invitingly. From the great room behind him comes laughter, whoops of delight; someone’s tuning a lute, someone else is doling out slices of homemade pie, the grandkids are bragging about what Santa Claus has in store for them.

Romney fells a strange, beguiling calm fall over him—and then the Blackberry buzzed sharply, a cryptic, context-free text from Rhoades: a YouTube link to a blurry, obtuse Seinfeld episode Romney isn’t familiar with and is never quite able to decode.

Rolling Stone asks the president whether he’s reached out to Romney, to which the president chuckles in response: “It’s on my ‘to-do’ list.”

Through various high-placed intermediaries and via cocktail-party chatter, Romney intimates that he is interested in an audience with the President “maybe close to Christmas, early next year if he’s amenable to that—let’s sit down at the table, maybe an oak or birch table.” In an interview with Dateline, Romney has nothing but praise for the Obama Administration’s efforts to unite the country behind a solution to the fiscal cliff crisis, and teases a “secret plan” for “closing the deal” that he’ll unveil “once that engraved summons arrives from 1600 Pennsylvania Avenue.”

A week later, an autographed photograph of the president and the vice-president and their families celebrating on Election Night arrives at the Romney ranch, with a “1600 Pennsylvania Avenue” return address and postage due.

Romney somehow circumnavigates the White House switchboard and is connected to the president, whence the two men engage in an awkward exchange of niceties divorced from political actualities. Conversation turns to particulars of Stephen Spielberg’s Lincoln; after 20 minutes, it becomes clear that Romney didn’t actually watch the movie, but is gleaning talking points from reviews linked on Metacritic. The President makes up an excuse to end the conversation early. Unaware that Obama is no longer on, Romney enthuses about Daniel Day-Lewis’ portrayal of the 16th president of the United States using superlatives borrowed from A.O. Scott, Armond White, and Roger Ebert to a dead phone line for five minutes.

The President grudgingly accepts Romney’s offer to play a round of one-on-one at a YMCA in Boston, and as a result, the YMCA is cordoned off so that the two men can palaver on bleachers while underlings spar, tie-free, on the basketball court. Romney looks deep into the president’s eyes and says “Mr. President, trickle-down economics works, I’ve piloted it in my own extended family, and today I’ve brought along a study that presents my findings in four vivid colors, with the high-level takeaways broken down into bullet points” with a seriousness so disarmingly sincere that in spite of himself the President is compelled to reply “I’ll think on this deeply, Governor,” before adding “I’m glad we were able to get together to have this frank discussion about the future of the two-party system in America,” even though the entire conversation consisted of vague generalities.

“The president and I broke bread last month, and we white-boarded several policy prescriptions of mine,” Romney crows on Face The Nation. “He asked for several weeks to consider these ideas, then he’ll have me back.”

After months of radio silence, unreturned phone calls and letters, and political turmoil, Romney receives a telegram from the White House, inviting him to an emergency luncheon with the President. A few days later, Romney is ushered into a large, lushly appointed reception space, full of well-dressed, well-heeled men like himself. Shrimp and steak overflow from banquet trays, and the guests are asked to help themselves.  Twenty minutes pass, then 50, and then press secretary Robert Gibbs emerges to apologize on the President’s behalf, explaining that due to a matter of national security he will be standing in for Obama, before delivering a perfunctory speech thanking the attendees for their generous contributions to the 2012 campaign.

Confused, Romney asks another man what just happened. “Well, the president just blew us off again,” the stranger explains. “But that’s par for the course; I guess this is better than nothing. Millions can’t buy anybody access anymore.” The stranger squints at Romney, as if trying to place him. “Hey, do I know you from somewhere? I’m George Soros.”