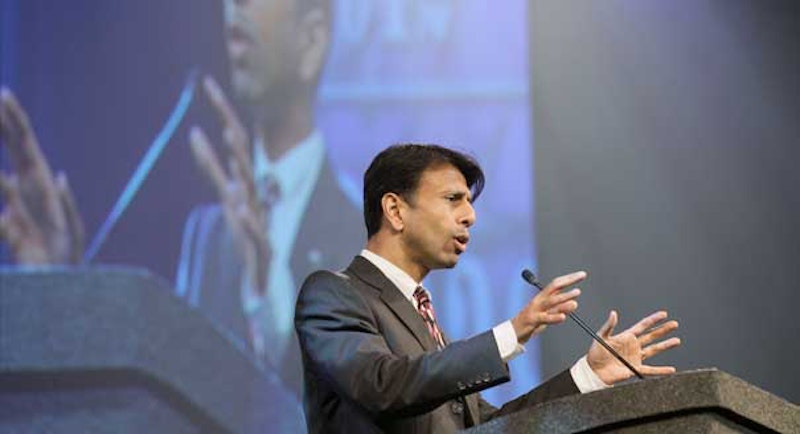 A few days before the election, Joe Ura, a political science professor at Texas A&M, predicted that conservatives would not be dissuaded by a Romney loss.

The conservative movement, including the Tea Party, will conclude that Romney's loss was a result of his failure to forcefully articulate a clear and consistent conservative vision. Had Romney been a true Reagan conservative, it will reason, he could have easily driven Barack Obama from office in the midst of a slow and uncertain economic recovery in the same way that the Great Reagan himself defeated Jimmy Carter in 1980.

Instead, they will reason that the Republican Party lost a winnable election because the country club establishment pushed the great moderate from Massachusetts on them. As a result, they will say that RomneyCare took ObamaCare off the table as an issue, that Romney put too much distance between himself and Paul Ryan's original budget roadmap (and corrupted Paul Ryan in the process), that he failed hit the president on Benghazi, and that he was soft on abortion. In short, the movement will blame Romney's defeat on every way he diverged from its ideal rather than any way in which he embraced it.

Based on everything I've seen of the Tea Party and the current Republican Party, this is a convincing analysis. In recent years, the GOP has chosen ideological purity over common sense, not to mention common decency. A party willing to wreck the US over idiotic budget technicalities, and/or to jettison a sure seat in Indiana for the hell of it, is a party not operating with the usual brakes.

And yet, here we are, after the election, and I'm damned if there doesn't appear to be signs of life among those rare, endangered beasties we used to call "Republican moderates." As I noted in a recent post, many Republican commentators have reversed themselves on immigration. This is a no-brainer given the thumping Romney took among Hispanics—but, as I said, Republicans have spent the last few years earnestly attempting to demonstrate that they, in fact, have no brain. The sudden post-election revelation of the occasional functional synapse is decidedly startling—like hearing an errant cluck from your morning scrambled eggs.

But what's even harder to credit is that immigration doesn't appear to be the end of it. Here for example, is former Bush adviser Karen Hughes in a blistering op-ed for Politico:

And if another Republican man says anything about rape other than it is a horrific, violent crime, I want to personally cut out his tongue. The college-age daughters of many of my friends voted for Obama because they were completely turned off by Neanderthal comments like the suggestion of “legitimate rape.” We have to explain our conservative philosophy in a forward-looking way that appeals to the diverse constituencies that make up our country. And we need to make a special effort to listen to and better understand what resonates with younger voters.

And then there's Louisiana Governor Bobby Jindal, a likely candidate for the 2016 Republican nomination.  In response to Romney's classy claim that Obama won by giving "gifts" to groups like Hispanics and young people, Jindal responded in about as violent a fashion as he could without actually cussing out the former nominee. "I absolutely reject that notion, that description," he said.  "I think that's absolutely wrong." And he added:

If we’re going to continue to be a competitive party and win elections on the national stage and continue to fight for our conservative principles, we need two messages to get out loudly and clearly: One, we are fighting for 100 percent of the votes, and secondly, our policies benefit every American who wants to pursue the American dream. Period. No exceptions.”

In other remarks he said that Republicans had to cease the "dumbed-down conservatism… trust the intelligence of the American people and …stop insulting the intelligence of the voters." And in the most jaw-dropping moment, he insisted that "We cannot be, we must not be, the party that simply protects the rich so they get to keep their toys.” That sounds like Chris Hedges, not a Republican governor from the Deep South.

Matt Yglesias argues that Jindal's rhetoric is just rhetoric without any real policy substance—the Governor, he insists, is not actually suggesting that we raise taxes on the wealthy. He's asking for Republicans to sell their bad ideas better, rather than getting new ones. Similarly, you could argue that Karen Hughes isn't asking for Republican repositioning on abortion in cases of rape. She's just telling (or threatening) Republican men not to talk about abortion in cases of rape.

With politicians, skepticism is always warranted. But, on the other hand, while talk is cheap, it isn't nothing. Jindal, for example, just signaled pretty unambiguously to House Republicans that some party leaders really, really don't want to be seen as going to the mat for the rich right now—a signal which could conceivably have some effect on the ongoing budget negotiations. Similarly, it is hard to make the case for abortion in cases of rape if you are worried that someone will rip your tongue out for mentioning it. A GOP that isn't constantly rhetorically kowtowing to the rich and/or a GOP which is able to think sympathetically about women's experiences while talking about abortion would be a significantly different GOP.

None of this means that the GOP is going to become a better party. The Tea Party nutballs are still out there, and they won't go down easy. But there's little doubt that, against all expectations, the election loss seems to have empowered moderate Republicans for the first time in years. I don't know why exactly this has happened—perhaps the demographic data and the Akin/Mourdock debacle is simply too hard to ignore; perhaps Obama's portrait of Mitt Romney as sneering plutocrat was sufficiently convincing that even the normally shameless right-wingers felt a little embarrassed. But whatever the reason, the Republicans have abruptly grown moderate wing. That's hope and change I honestly hadn't believed in.