“Reporter” Hannah Dreier won’t say whether her reporting from Venezuela is fact or fiction. 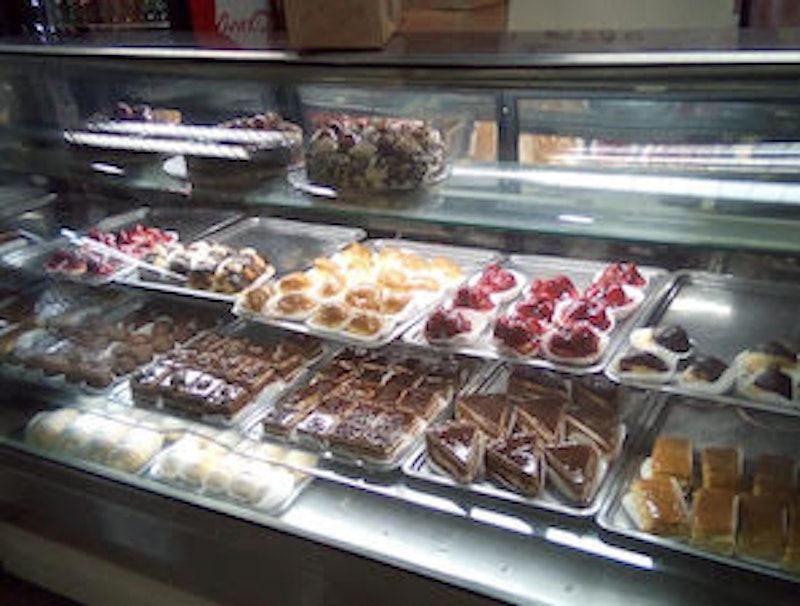 There are a lot of terrible U.S. reporters writing terrible stories for terrible publications but when it comes to coverage of Venezuela, Hannah Dreier, currently with ProPublica and previously with Associated Press, is something else. Meanwhile, neither Dreier—nor her arrogant and unaccountable previous and current employer—deigned to reply to a simple question: Does Dreier have any evidence to support her reporting in 2016 about Venezuelan mothers killing their own children to prevent them from starving to death, and if not, why should we trust any of her previous or current work?

There’s plenty of competition for the title of Worst Foreign Correspondent Writing About Venezuela in a Supporting Role. For example, there’s the egregious propagandist Andres Oppenheimer, a columnist for the Miami Herald and anchor of "Oppenheimer Presenta" on CNN En Español.

But Dreier is far worse than Oppenheimer because the latter is such a joke and Cold War relic that not even the ghost of Fulgencio Batista believes a word he says. Dreier, on the other hand,  is young and has the imprimatur of award-winning ProPublica and the AP, as well as a number of journalism prizes she received for her coverage of Venezuela.

According to her homepage, Dreier, now an immigration reporter at ProPublica, “spent 2018 investigating the crackdown on the gang MS-13.” Before being hired by ProPublica in 2017, she spent three years in Venezuela for the AP. Her homepage says: She moved to Caracas amid a bloody nationwide protest movement and told the story of the country’s unraveling from hospitals, ports and food lines. Her Venezuela reporting won the Overseas Press Club Hal Boyle Award, a Gerald Loeb Award, and the James Foley Medill Medal for Courage in Journalism. Her 2016 “Venezuela Undone” series was recognized by the Best American Newspaper Narrative Writing Contest and the American Society of Newspaper Editors.

I’m not going to go through Dreier’s ouvre from Venezuela because I’d rather cut off my own tongue with a chainsaw and grill it over hot coals. But in Dreier’s storytelling, everything bad in Venezuela is the fault of President Nicolás Maduro—who I personally dislike intensely even while opposing the Trump administration’s efforts to kill or overthrow him—and only the United States and the wonderful local opposition can make things happy and good again. Maduro’s government “blames the U.S. and right-wing business interests for the [country’s] economic collapse, but most economists say it actually stems from government-imposed price and currency distortions,” she has written.

Any critique of Dreier must begin with her class background, and the fact that a wealthy, credulous, patriotic U.S. citizen may not be the best person to write about a country that’s overwhelmingly poor, and has been on the receiving end of U.S. imperialism for a long time. Dreier graduated from Wesleyan University in Connecticut, where the present annual tuition is $71,764, or the equivalent of minimum wage in Venezuela for about 892 years.

Okay, but maybe she spent a lot of time in Venezuela getting to know poor people. It doesn’t seem that way based on one of her own stories. “My friends were buying apartments and cars and making lofty plans for their careers,” she recounts of her early time as a reporter. “On weekends, we’d go to pristine Caribbean beaches and drink imported whiskey at nightclubs that stayed open until dawn.”

Dreier’s reporting from Venezuela made her a superstar. When she left in 2017 to take her cushy job with ProPublica, multiple media outlets, including AP—as narrated by reporter Hannah Dreier—Columbia Journalism Review and Politico wrote stories praising her courage and truth-telling.

Let’s focus on an August 7, 2016 tweet, which received international coverage. “Seeing more cases of infanticide in Venezuela as birth control disappears at the same time basics like food and diapers become unaffordable,” Dreier wrote. Two days later Vox’s Zack Beauchamp wrote a story that compiled a number of her tweets, highlighting the one about infanticide. “She has turned her Twitter feed into a catalogue of woe, using it to list the indignities and pain she observes during her time in the country,” he explained. “Recently, she’s focused on the country’s health care and child care, explaining the effect that chronic shortages are having on ordinary citizens. It’s terrifying stuff.”

Her sensationalistic tweet also caught my attention, because I’d been to Venezuela twice before, in 1993 and 2004, and have witnessed firsthand just how casually U.S. reporters lie about and misrepresent Venezuela. During my latter visit, I worked for The Los Angeles Times Washington, DC investigative unit and interviewed then-President Hugo Chávez, who was facing a recall election that had been dummied up by the local opposition with huge U.S. government support.

The Times didn't trust me to go alone because I admired Chávez—and still do, considering the now-deceased leader to be the greatest modern Latin American revolutionary with the possible exception of Che Guevara. So the Times sent a babysitter, a Latin American bureau chief named Carol Williams, who openly detested Chávez.

On the day of the vote she wrote a story predicting that Chávez would be trounced, based on her reporting from country clubs and echo chamber dinners with other U.S. reporters. I went to the barrios and predicted Chávez would win in an August 16, 2004 story, "Support for Chavez Unwavering in Slums of Venezuelan Capital." My story spared the Times from ridicule and embarrassment, my editor at the time, Deborah Nelson, told me.

So, as I mentioned, I was very skeptical about Dreier’s tweet about infanticide. It prompted me to write to Dreier in 2016 asking about it. She never replied, nor did the AP, to which I sent the email below, also in 2016:

Hi, I used to work at AP in Brazil, from 1989 to 1993. We couldn't publish extraordinary stories without some factual basis. Times apparently have changed. Hannah Dreier, your correspondent in Caracas reports—mostly tweets—a lot of dubious things. She claims she is witnessing "more" cases of infanticide in Venezuela and this story has gotten wide pickup in the international press. Did anyone at AP ask her for verification of this amazing claim? How many cases has she seen? "More" compared to what? I believe that is a bullshit story and calls into question her other highly dubious and thinly sourced stories. Look forward to your reply. Ken Silverstein.

Even today, long after Jayson Blair of The New York Times and Ruth Shalit of The New Republic, to name just two of many serial fabricators, some people don’t believe that reporters make stories up. I’ve known it since my first job in journalism, at the AP in Brazil. Journalists and the media in general are totally unaccountable. The only thing that keeps reporters being honest is self-regulation. Journalists routinely call sources and demand verification of facts and love to say their target had “no comment,” even if they can’t prove the allegation they are making. But they hate being asked to provide verification of their own sensational claims. Which brings me back to Dreier. I don’t know for sure if her story about infanticide and other tales of misery in Venezuela are lies, but I suspect so. There are many reasons for that but chief among them is that I just returned from Venezuela.

The situation there is difficult, but I didn’t see people starving, as I wrote here. In fact, in one poor barrio, La Vega, I had a meal at the home of a resident. She cooked me blood sausage, rice and chicken liver, and Pasta Bolognese. Of course, there are a lot of poor people in Venezuela, as Dreier “exposed.” You could find poverty as bad or worse in any Third World country, for example in Cúcuta, the Colombian border town the U.S. is using as a base to try to overthrow Maduro. (Warning: That link leads to a story from teleSur, which receives a lot of funding from the Venezuelan government, so it can’t be trusted like Dreier and AP.) You can also easily find poverty in the United States, from urban homelessness to decrepit industrial towns to rural misery and despair.

As noted above, Dreier didn’t reply to a request for comment I sent two days ago, other than to email back, “When I worked for AP, the policy was that comments about our Venezuela coverage had to be cleared through the communications department. I'd invite you to reach out to them if you want more on this (mediarelations@ap.org).”

The AP didn’t reply to a request for comment. Neither did Stephen Engelberg, editor-in-chief of ProPublica, who makes about $440,000 per year. He’s previously a Pulitzer Prize-winning New York Times reporter.