The Pitter Patter of Maryland Environmentalists

The dream of a wind farm bill. 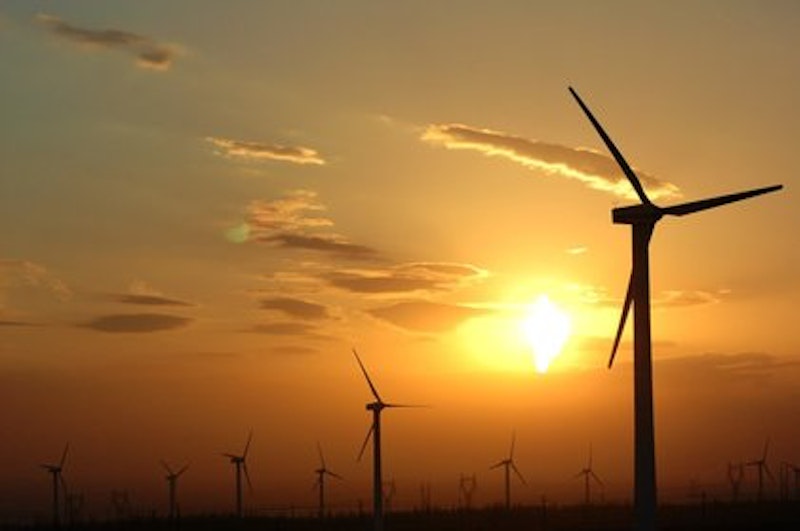 In Annapolis, if at first you don’t succeed then rig the system and try again. Chances are you’ll get what you want. That’s exactly what Gov. Martin O’Malley (D) and Senate President Thomas V. Mike Miller (D-Calvert/Prince George’s) connived to dislodge the vaunted wind farm bill from a reluctant Senate Committee. To ease the way for the legislation the third time around, Miller shuffled two committee seats, and they now have 24 sponsors, the bare minimum of votes needed to pass the Senate. A similar bill passed the House last year.

Both O’Malley and Miller, and virtually everyone else in the State House, agree that the wind farm bill will become law this year. But what happens after the celebratory bill-signing is really a mystery. The only reason Maryland is rushing headlong into the unknown is O’Malley’s desire to claim bragging rights for being first.

O’Malley talks vaguely about partnerships with other states and the federal government “that’s going to be a tough deal to put together, frankly.” Miller, with his usual bluster and bombast, is discussing selling off state assets, especially in the area of transportation, as well as a local gas tax which would destroy the intent of the state’s unified transportation fund. And Maryland’s lieutenant governor, Anthony Brown, is busy drumming up P-3’s—public-private partnerships—risky propositions that have failed in many cases and many states where they’ve been tried, leaving states stuck with billions in debt and bad bills.

One thing is clear. O’Malley’s taking on big issues with national implications to heighten his image among progressive Democrats and to establish his bona fides as a national candidate as he considers a resume upgrade to president. In many cases, O’Malley is mimicking President Obama’s ambitious second-term agenda.

Wind energy is one example. The issue makes environmentalist’s hearts go pitter-patter and gets organized labor salivating over jobs. O’Malley’s Department of Business and Economic Development estimates that a windmill farm off the Ocean City coastline will, directly and indirectly, create an estimated 6000 jobs. O’Malley even has black legislators in line with the lure of financial grants and minority contracts.

Pair that with gun control legislation and the end of the death penalty in Maryland, two more buzz-topic issues on O’Malley’s agenda this year, and they create a ready made political platform for a young hot-shot on the make.

But Marylanders have other ideas about their governor: Take the gold watch at the end of his final term and fade away into a law firm. In the latest Gonzales Research & Marketing Strategies political survey, 58 percent of O’Malley’s constituents say he should not run for president while only 25 percent support the idea.

The problem with the massive wind turbine farms is that they just can’t get started, even with federal tax credits, subsidies and presidential encouragement. Private industry has been largely unable to secure financing for the projects because they are risky and untested so they are relying on government to be the risk-taker of first resort, as is often the case. (This gives lie to the free market notion that capital follows opportunity.)

The ministers of influence tell us that the wind farm project will be subsidized by ratepayers to the tune of $1.50 a month tacked onto their electric bills beginning in 2017. But that surcharge covers only the construction part of the undertaking and is a con job about future costs. Wind-generated energy is much more expensive to produce than conventional methods. Only four percent of the nation’s energy is now produced by wind. O’Malley’s plan would generate only one percent of Maryland’s needs.

Once the juice is flowing, electricity supply companies will be compelled by law to purchase the energy. And to do that, they must pay for access to the grid, the complex network of production and supply that represents all states in the Northeast consortium. And add to that the distribution costs for companies to deliver power from their generators to the socket in your wall and there’s no telling how much it eventually will cost to click on the television set.

Nobody ever said that Democracy in Action comes cheap. In the end, the $1.50 a month surcharge will be remembered only as a distant wish. The folks who control the grid and the companies that deliver the power will establish the cost of the electricity that lights up your house and not the windbags in Annapolis. And you can bet your kilowatts that energy will cost a lot more than it does now because of one man’s ambition.

In Washington, survival of the fittest has its limits. And it usually comes pre-packaged in 20-year cycles, the average life-span of a dominant political ideology in their wild swings between a Bermuda High and a Mississippi Low. It’s been a little more than three decades since President Ronald Reagan staked his claim and planted the conservative flag in the nation’s capital. And now it appears time for liberals to reclaim the banner as well as the title of the fittest, at least temporarily.

None other than House Speaker John Boehner (R-Ohio), who can’t even control his own Republican caucus, is accusing President Obama of attempting “to annihilate the Republican party,” according to a report in The Hill.

In a speech to the Rippon Society on the day after Obama’s inauguration, Boehner lamented: “Given what we heard yesterday [Monday, January 21] about the president’s vision for his second term, it’s pretty clear to me that he knows he can’t do any of that as long as the House is controlled by Republicans. So we’re expecting over the next 22 months to be the focus of this administration as they attempt to annihilate the Republican party. And let me tell you, I do believe that is their goal—to just shove us into the dustbin of history.”

Winning is the very quiddity of politics. If it requires annihilation, well, Machiavelli, the world’s foremost political consultant, said that’s okay, too, if necessary. Because that’s exactly what the Republicans tried to do to Democrats when they had the chance.

Senate Minority Leader Mitch McConnell (R-KY) said at the outset of the Obama Administration that the goal of Republicans was to “make certain that [Obama] is a one-term president.” And he’s used the filibuster to paralyze the Senate. When the GOP won control of the House in the 2010 elections, they thwarted Obama’s every move, even to the point of taking the nation to near economic collapse.

Republicans used every underhanded tactic in their political toolkits to suppress the votes of minorities, the young and the elderly with election law changes, requirements for photo IDs, laws to eliminate early voting and even changing and limiting polling places and times.

Republicans now control 30 state houses where gerrymandering of Congressional districts has resulted in the protocol standoff in Washington between the two major parties. The latest example of Republican trickery is occurring in Virginia where the state Senate enacted changes to all 40 Senate districts which would create heavily Republican districts in addition to a new black district. A favorite GOP maneuver is to pack black districts in order to whiten others.

And Virginia is among the swing states—along with Ohio, Michigan and Pennsylvania—where Republicans are attempting to shift presidential electoral votes from winner-take-all to congressional districts in an effort to undercut the strength of urban voting, assigning more importance to geography than people.

Several states under GOP control, prompted and funded by the Koch brothers and other conservative sugar daddies, have enacted union-busting legislation in attempts to dismantle a key Democratic constituency and source of campaign funds.

Despite all of the tricks, deceit and efforts to stack the deck in their favor, Republicans don’t recognize the true nature of their problem: They have failed to adapt to rapidly changing demographics and have difficulty with the fastest growing major voting blocs of women, blacks, Hispanics and Asians. Witness their positions on reproductive rights, immigration reform and voting rights.

But Boehner needn’t worry about Democrats annihilating Republicans. Republicans will, given time, annihilate themselves with their constant leapfrogging, by each new crop of elected officials, to the right-of-the-right until the species will eventually become extinct.

What troubled Boehner was Obama’s inaugural address in which the President laid out a broad liberal agenda for his final four years in office, similar to the way Reagan issued his conservative manifesto in 1981 to change the course of history and the country. Obama’s was simply a message of togetherness and equality and an end to violence and war and the spoiling of the environment. That’s about as American as its gets. And if that’s Boehner’s version of annihilation, off with his well-coiffed head. His cycle of leadership is over.