It's a Mixed Blessing 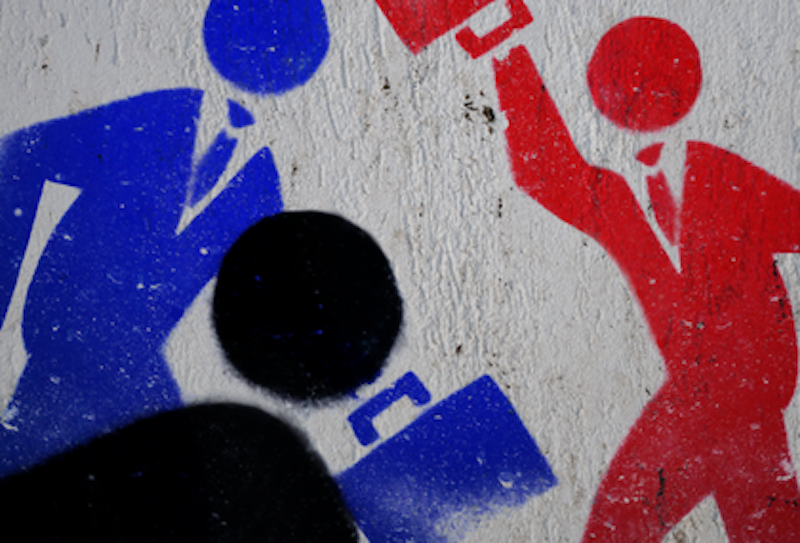 As we move into Barack Obama's second term, Republicans have been showing surprising and somewhat disturbing signs of sanity. First, in early January, after much hemming, hawing, and stumbling, the GOP-led House managed to pass a fiscal cliff deal, raising taxes on those earning more than $400,000 a year and avoiding a slew of other tax increases and spending cuts which most commentators thought would send the US back into a recession. Then, just last week, the House agreed to pass a debt ceiling increase, allowing the US to pay its outstanding bills rather than defaulting on them, and so avoiding a worldwide financial meltdown.

Admittedly, when I refer to "signs of sanity," I'm speaking in relative terms. The House of Representatives passed the fiscal cliff deal with mostly Democratic votes, since many Republicans refused to vote for a compromise that kept taxes low on almost everybody because it raised taxes on the rich, even though the alternative was to allow taxes to go up on everybody, rich and poor alike. And the fact that there was a debt-ceiling showdown was fairly pathological in the first place. No responsible political party would threaten to destroy America's credit rating if their demands for (nebulously defined) spending cuts weren't implemented. Both crises were entirely manufactured by Republicans, and both were entirely unnecessary, risking the American and world economy in the name of ideological purity and Republican terror of right-wing primary challenges.

Still, the fact remains, the economy was not wrecked, and the Republican leadership, if not exactly the Republican rank and file, backed down and behaved like they had at least heard of adulthood even if they were not themselves actually adults.

So, as a Democrat and an American, I'm pleased… sort of.  I don't want the US or world economies to crash. I live in the US and in the world; I'd rather not lose my life's savings. And, from a partisan perspective, the President, coming off his decisive electoral victory, won two battles he shouldn't have had to fight—but better to win than to lose.

Still, I have to admit that seeing the Republicans behave in a semi-lucid manner is in some ways more chilling than if they were actually full-on gibbering and slavering.  Along those lines, this post by Jonathan Bernstein made me feel a little ill:

Suppose the GOP continues more or less as it is, or even gets more dysfunctional; it's easy to imagine it winning big in some election cycle and implementing major changes to the system of some kind. On the other hand, it's possible to imagine a GOP that reforms itself and marginalizes the crazies; that opens up a whole different set of potential coalitions.

Bernstein posits this as an either/or: Republicans could get crazier, win big, and then institute major changes (privatizing social security? elimination of capital gains taxes? Paul Ryan budget?). Or they could get more moderate and we might see reasonable centrist compromises.

But it seems to me that the best chance of Republicans winning big and instituting reforms that I would find anathema is not if they get crazier and crazier. Rather, their best chance comes if they manage to stay just this side of completely batshit insane. The fiscal cliff and the debt ceiling compromises both suggest strongly that Republicans still have some connection to the mainstream of American political life. They can (with some struggle) avoid adopting extreme right-wing policies that would be massively, catastrophically unpopular with the electorate as a whole. They may walk up to the powder keg with a lit match, but they are not actually ready, yet, to perform self-immolation.

In short, the Republicans, for all their dysfunction, are not completely marginalized. And that means that the Republicans, for all their dysfunction, remain a credible contender for political power. As nutty as they may get, they still have mechanisms in place which prevent them from entirely discrediting themselves with the American people. Again, this is a good thing to no small extent—a pathological American party is a terrifying thought. But an almost-pathological political party with a real chance of implementing its programs isn't a whole lot more reassuring.