Which is why they write so badly. 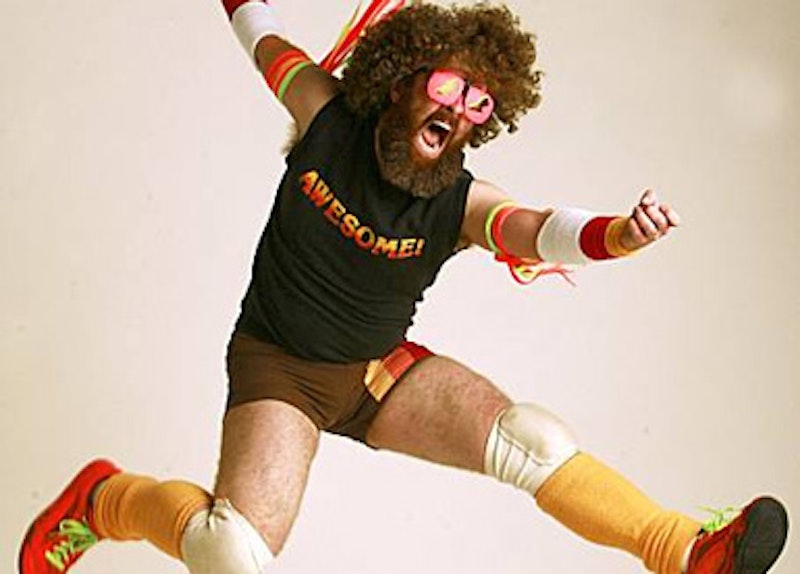 Here is a thought from The American Prospect, a magazine and website that promotes liberal politics. Background to the thought: Sarah Palin just got a chump-change offer from Fox and left the network. Time for a Palin epitaph. At The American Prospect, Paul Waldman wobbled his throat and emitted this: “There are few political figures remotely as interesting as Palin, with her unmatched combination of crazy ideas, absolute confidence despite a level of understanding of public affairs that would embarrass an average seventh-grader, and a nearly inexplicable white-hot charisma.”

That's a bad piece of work. Two rhythm-filler adverbs (“remotely,” ”nearly”) splint either side of the sagging herniated walrus that makes up the middle of the sentence. A stale construction (“There are few”) sets up an empty contention (everyone is fascinated by this has-been whom nobody is paying attention to) embodied by hyperbole that demands dismissal—no, of course he doesn't mean that Barack Obama or Newt Gingrich or Hillary Clinton or Dick Cheney or Jerry Brown isn't “remotely” as interesting as the lady with the runaway jaw. The sentence he wrote is not in the business of meaning.

Here's the target it shoots for: Sarah Palin is such a mouthy ignorant goof that she's a fluke event taking human form, a freak of our political life, a joke. Of course, these are familiar points, which is how we can spot them. If it were up to the sentence, shit-all would be communicated. The sentence is the verbal byproduct of a mental skid, an absence of mind. During that skid, the fellow writing felt like a writer. The faster the keys clacked and the longer the sentence grew, the more he felt the conviction fit itself around him: That he was doing what writers did, whipping the elements into sentence form.

This reminds me very much of air guitar. Air guitar produces no music for the listener; instead it makes the air guitarist feel as if he were producing music, just like a rock star. The typical liberal blogger or liberal commenter on a blog falls into keyboard spasms during which they think they're Michael Chabon or Hunter S. Thompson or some other master of whirlwinds.

The readers, other liberals, accept the fit as being equivalent to production of outstanding prose. The man who wrote the sentence up above was applauded by colleagues on the left. “Paul Waldman gives Sarah Palin the sendoff she has long deserved,” chortled Greg Sargent, over at The Plum Line. Some sendoff.

Conservatives are terrible at appraising facts, but they sure know how to write. Anyone who wants to disagree with that claim can go ahead. I'd like to disagree with it, but I find that it's a reality that won't go away. I'm a liberal and I think that today's conservatives are wrong about everything on which they disagree with liberals. Except this. Conservatives think they are better writers, and in general they are. They're better because they don't lie to themselves about the effects of the words that patter across their brain. Liberals do (by and large) and it's a squalid trait.

A Palin footnote. National Review has a media blogger named Greg Pollowitz. Here's his reaction to the news that Sarah Palin is no longer worth serious money from Fox: “I’m not sure Fox does anything to help her and if she does decide to make a national run in '16, she’ll need to focus on getting candidates elected in '14” and oh God. A “national run.” Somebody still thinks Sarah Palin is a potential president and not a used whoopee cushion.

Sarah Palin has spent the past four years demonstrating that she doesn't want to be president and wouldn't know how. She didn't study up and make speeches at think tanks, as friendly Republican pundits had hoped. She quit as governor so she could go off and sell copies of her book. And that was the first year out of the four. From there she carried on as she began.

Pollowitz raises a small and very particular echo in his post. Back when Palin ditched being governor, she caused a brief but intense bout of pondering by William Kristol, a Palin booster and the dean of conservative flacks. Kristol decided that going ex-gov might be a good idea for Palin, politically speaking. After all, he reasoned, her work in Alaska was done and now she was ready for the nation. This time around Kristol doesn't have much to say about his former star. Instead there's Pollowitz, a mere cadet, taking up the defense. He tries the same spin all over again. “I think it’s a good move for her,” he writes of the Fox breakup. But everyone knows that the move re Fox is not hers. Getting low-balled in your contract negotiations may be a move, but the one making it is the employer.

Pollowitz has nothing to work with. Reality won't give him an inch. At least Kristol could point at a greedy and short-sighted decision made by his favorite politician and pretend that it made sense from a political standpoint. Pollowitz can't even point at a decision—nowadays Palin isn't doing so well that she gets to call the shots regarding her career. He has to point at a mishap, pretend it's a decision and then pretend that it upholds the nonexistent national goals that wiser heads have stopped hoping for in the poor dope who used to have a reality show.

A final thought from Pollowitz. He disdains the idea that Palin's market value is down, as allegedly demonstrated by Fox's tepid interest in keeping her. That claim could only be true, he says, “if Palin actually wanted to continue as a TV pundit. I got the feeling watching her last year that she didn’t.” There you have it. She gives a lousy performance and somehow it becomes evidence that she's in the right. That before and after shows you the quintessential thought process of anyone who dares to love Palin all out, as she deserves to be loved.