The Pitiful Whining Over Cultural Appropriation

Social justice police with nothing else to do. 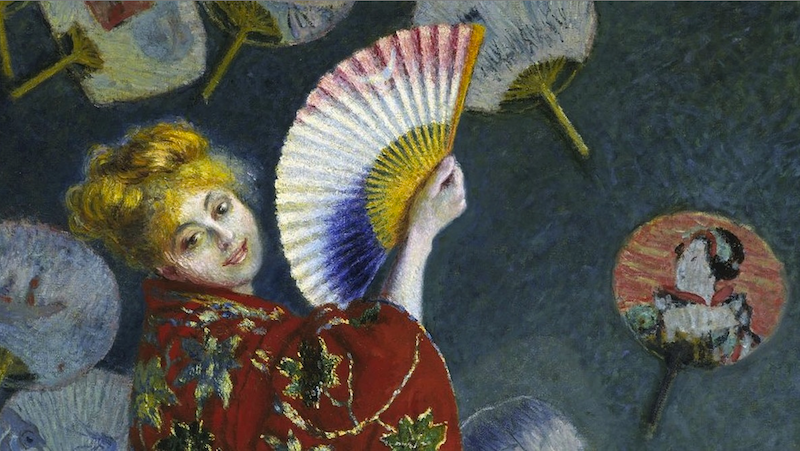 Have you ever enjoyed the cooking of a non-Asian chef who came up with an “Asian-inspired” dish? If so, you may have participated in the new societal horror known as "cultural appropriation." Cultural appropriation is the most absurd notion that busybody social justice warriors have come up with, using it to scold everyone into submission. The concept is based on the premise that cultures are the sole property of those who originate them—especially if those cultures have been oppressed—and anyone borrowing elements is an insensitive thief.

Nobody’s safe from the social justice warrior on a mission to rid the world of cultural appropriation. On that repository of social justice inanities known as Everyday Feminism—you can get a tutorial on how to eat ethnic food the correct way. The article's lede reads, "You don’t have to give up delicious foods from other cultures to avoid appropriation. But here’s how you can get that deliciousness without ordering up a side of oppression."

Your eating habits may have been contributing to oppression, but the writer, Rachel Kuo, wants to gently guide you away from your imperialistic dining habits.  Kuo’s upset that her mother used to make her sushi with lunch meat, but now restaurateurs are making money on such a mix-and-match approach by calling it fusion cuisine. "Stuff like spam fried rice is selling at a hip new restaurant for $16," she bemoans. "It’s frustrating when my culture gets consumed and appropriated as both trend and tourism."

This is whining. How does anyone have time to get bogged down in such minutia? Like this: "Folks might love Mexican food, but not care about different issues such as labor equity and immigration policy that impact members from that community." Or this: "We might not know how kung pao chicken also reflects a story about Chinese immigration or the complex colonial story behind curry and the homogenization of South Asian cultures."

Japan’s the perfect nation to discuss while on the topic of cultural appropriation. Much of Japan's culture is based on this idea, although it's thought of as more like cultural "borrowing." It started many centuries ago with China, from whom they got their written characters (kanji), ideas on government, fashion, the arts, cuisine, and the code of philosophical and ethical teachings known as Confucianism. As it exists today, Japan would be impossible to conceive had China not been a neighboring nation.

Japan's cultural borrowing eventually turned away from China, re-focusing on the West. Japanese chefs travel to France to learn their cuisine, just as they do to Italy, the U.S., and elsewhere. In July, Boston's Museum of Fine Arts cancelled an event they’d called “Kimono Wednesdays, which allowed people to try on kimonos and have their photograph taken, because protesters—heavily influenced by the ideas of Edward Said's book on colonialism, Orientalism—labeled the event cultural appropriation and imperialistic racism. Said's book, however, is not applicable to Japan, which appropriates all kinds of cultures and was never a victim of colonialism. On the contrary, Japan was a colonialist. The Japanese were miffed by the situation, taking no offense whatsoever. Japanese counter protesters even showed up in kimonos.

The International media, including The New York Times, treated the childish protesters with kid gloves, because that's what they do when anyone claims victimhood status. The protesters could’ve at least checked in with a few Japanese, the people they were ostensibly defending, to see if they found Kimono Wednesdays offensive. All it takes is a few loud and confused people these days to ruin perfectly harmless events that many enjoy.

Rachel Kuo: your culture doesn't belong exclusively to you. Just like jazz doesn't belong strictly to Americans because they invented it, and noodles don't belong to the Chinese. Ideas are free, and outsiders are free to experiment with them. The Japanese know this better than anyone else. They've built a sophisticated, important culture around this concept. To them, "cultural appropriation" is the starting point for new creativity.