Not Too Thankful, Turkey

Who gets the credit for WWIII? 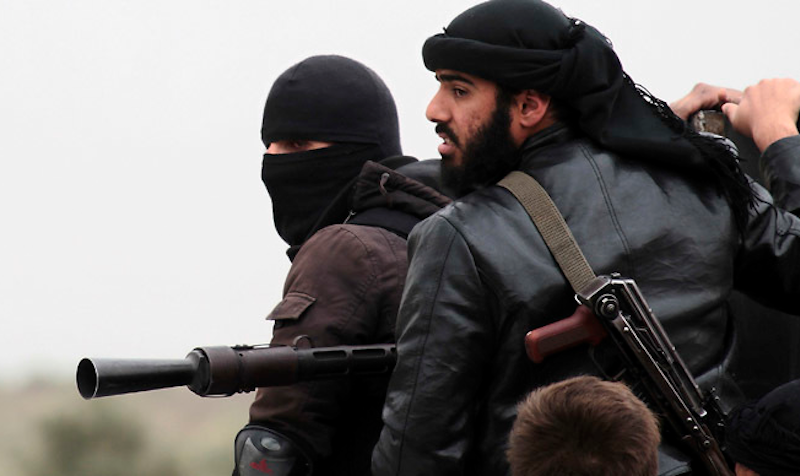 Just hypothetically, what happens if the general populace of the U.S. becomes convinced that its government funds the likes of al Qaeda and ISIS—via allies such as Turkey, who in turn shoot down Russian flights that might harm the jihadists?

”Why would they do such a thing?” asks the average, sane, moral American. And the answer appears to be roughly the same one that produces half the bad ideas in American foreign policy: to make life more difficult for the Russians, who are still perceived as rivals.

As an American, you probably haven’t looked at a map in a long time, but if you do, you’ll notice just how crucial hotspots like Syria and Turkey (and Ukraine and so on and so on) happen to be to either providing or denying Russia access to the Mediterranean, not to mention oil. I don’t mind anyone having access to oil or the sea, but the geniuses who pass for a foreign policy elite prefer to make geopolitical rivals sweat, even if the side effect is arming terrorists who slaughter innocents from time to time.

I’m not claiming to know the facts on the ground any better than you, but it’s at least worth asking what the political ramifications would be if more people started seeing our foreign policy bungles in those terms. One side effect might be heightened credibility for presidential candidate Rand Paul, who warned repeatedly of such outcomes.

A deeper impact might be the realization that on foreign policy, the American right and left are not the see-saw that nearly all the pundits pretend, with good outcomes on one side and bad outcomes on the other. Right/left is more like a Mobius strip, with the left (in the form of politicians like Obama and Clinton, and long before them Carter) hoping to achieve increased global influence at low cost via methods like funding those jihadists—and when that fails, the right essentially bellowing, “We need to do far more of that—with bombs and troops on top of it!”

And the downward spiral accelerates. And neither right nor left as we have known them is a way out.

Through it all, right up to and perhaps beyond the brink of World War III, Obama will subtly change the topic from ISIS (which we‘ve barely dented) to the purported urgency of getting rid of Assad at all costs (even if those costs include attacks in places like Paris). And the right, pretending to be the opposition, will urge Obama to do more and will fantasize about just how much more they’ll do if they control the Oval Office next time around. And that prospect just might encourage people to vote for Hillary Clinton—who laughed when Gaddafi was murdered (not long after he’d reached an accord with the U.S. to get rid of his nukes program) and who helped hand Libya over to still more jihadists.

We need a better escape plan, and it’s not to be found on the usual political spectrum.

If nearly all Americans decided that the right and the left are both our enemies, though, would those teams’ respective pundits even admit on-air and in print that we’d all turned on them, I wonder? Or would they just keep play-fighting each other for as long as possible in hopes we all went back to sleep? Is that already how they see their roles?