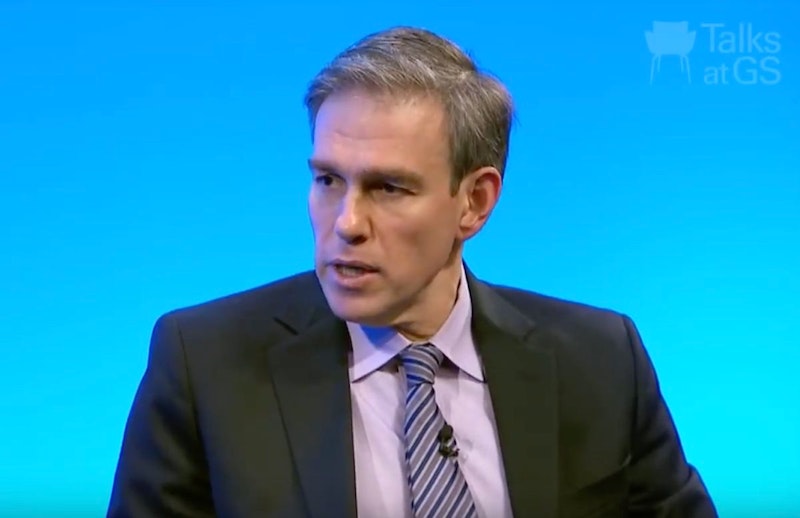 In 1988, Jimmy "the Greek" Snyder was asked to comment on African-American success in sports for Martin Luther King Jr. Day. Snyder responded by launching into a racist soliloquy, arguing that black people had done well in sports because they were bred for strength and size. Snyder thought he was complimenting black people. Everybody else, though, understood that attributing black people's success to white slaveholders was false, ignorant, and disgusting. Snyder was fired, and his name justly became a byword for racism in sports. Supposedly positive stereotypes are still false stereotypes which harm marginalized people. Ethical, informed commentators stay away from them.

Cue Bret Stephens, who has once again taken to the pages of the New York Times to demonstrate that he is neither ethical nor informed. In his latest op-ed, "The Secret of Jewish Genius", Stephens (who is Jewish himself) attempts to explain why Jewish intellectuals have had an outsized influence. Along the way, he argues that Ashkenazi Jews have a high IQ. As evidence, he cites a notorious 2005 paper co-authored by Henry Harpending, who before his death in 2016 spoke at white supremacist conferences and was enthusiastically embraced by Stormfront and the worst of the far right.  Harpending notably claimed in a blog post that racism is a fiction, similar to African beliefs about witchcraft.

After a massive backlash,the editors at the Times removed the reference to the paper and apologized. That's better than nothing, but doesn't erase the fact that he showed incredibly poor judgment in citing the paper to begin with. Nor does it address the rest of the column, which is devoted to vague cultural boosterism about how Jewish intellectual traditions or Jewish persecution has led to high intellectual achievement—as if there's one Jewish intellectual tradition, or as if persecution always leads to high test scores.

The truth is that Jews, like other marginalized people, often are pushed by complex forces of prejudice into particular professions. There have been many Jewish comic book artists; there have been many Jewish bankers. If you're a thoughtful researcher, you look at specific historical and cultural circumstances to try to understand what led particular groups to concentrate in particular professions at particular times (see for example James Loewen's The Mississippi Chinese.) Then you'd find that proscriptions against lending by the Church during the Middle Ages meant that lending was one of the few professions open to Jewish people, or you'd find that Jewish people before World War II were barred from more prestigious writing and art jobs, and so tended to concentrate in the comics industry. Or, alternately, if you are a lazy doofus with a NYT sinecure, you wave your hands vaguely and babble about Jewish essence while citing an honest to god white supremacist.

But why should Jewish people be upset when they're called "smart"? Isn't being smart a good thing?

The answer is that, like most traits, "smart" can be inflected positively or negatively—and when applied to Jewish people it has historically been negative. The Nazis believed that Jewish people were engaged in a vast, complex conspiracy to bring down the noble Aryan race. Alt right neo-Nazis today make the same kind of argument, blaming Jews for over intellectualized Cultural Marxism, and suggesting they are privileged, sneaky, and conniving. To say Jewish people are genetically smart is both to say that Jewish success is due to eugenics, rather than to hard work, and to imply that Jewish people are nothing but smart. To Nazis, we're just decadent, disconnected brains, twisted and vile, plotting the demise of virtue.

"Jewish genius operates differently," Stephens fulminates. "It is prone to question the premise and rethink the concept; to ask why (or why not?) as often as how; to see the absurd in the mundane and the mundane in the absurd." This is all bluster and poppycock, a string of tired clichés about genius which mainly shows that one Jew, at least,is too intellectually moribund to question, rethink, or ask anything except, "when do I get my next paycheck?" James Baldwin was not prone to question the premise? Descartes did not rethink the concept? Jane Austen never saw the absurd in the mundane? Adam Sandler is a penetrating intellect of our time? Jewish people and non-Jewish people can be smart or witheringly foolish or, like most people, both, at various times, in various circumstances. Don't put me in a fucking box just so you can claim to be thinking outside the box.

If only that were the extent of the nonsense, we could just laugh at Stephens and be on our way. Unfortunately, at a time of increasing antisemitism, having Jewish people writing pro-eugenics op-eds in influential venues is actually dangerous. The president of the United States has spread antisemitic conspiracy theories about George Soros—a billionaire who is supposed to be one of those smart Jewish masterminds advancing a conspiratorial leftist agenda. The Pittsburgh synagogue shooter was inspired by those same antisemitic theories.

Stephens could have used his platform to refute this nonsense. Instead, he cosigned it, before backpedaling clumsily. That doesn't show that Jewish people as a group are smart or not smart. It just shows that Bret Stephens is an irresponsible fool who finds racism appealing, and that the New York Times should have sent him the way of Jimmy the Greek long ago.