The “Normality” of Looking the Other Way 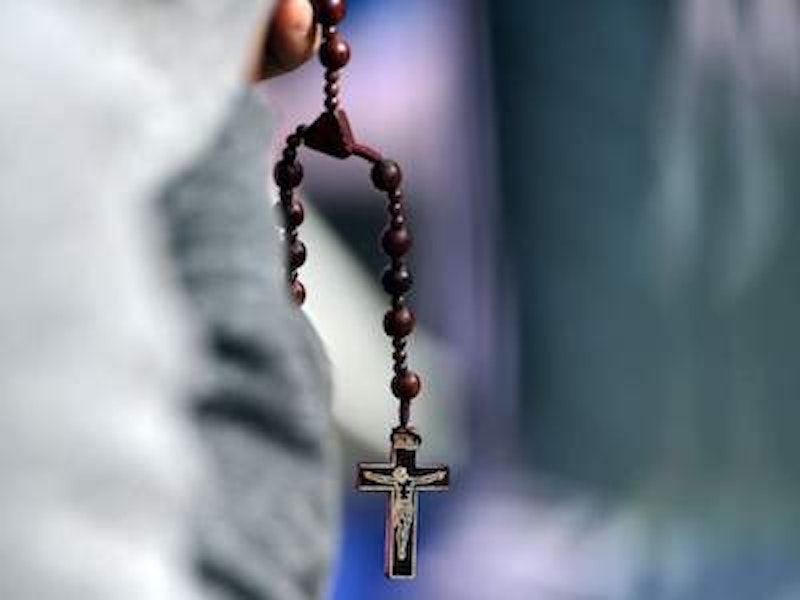 There’s a glitch in the human brain that’s responsible for appalling behavior that often causes great suffering. This flaw is what allows scandals involving the abuse of vulnerable people to continue for many years, even though plenty of “responsible” people know what’s going on. When people are faced with a choice of defending their own institution or standing up for helpless victims they don’t know personally, they often choose loyalty to the in-group. It’s every adult’s moral duty to help remove someone from a situation where a person in a position of power is taking advantage of them. Failure to do so is to be complicit in further abuse, but people regularly find a way to rationalize their silence.

Just the latest example of this phenomenon is the grand jury investigation into sexual abuse by Catholic clergy in Pennsylvania that yielded a 1400-page document of horror implicating 300 "predator priests" throughout the state, over a period of 70 years, who committed "criminal and/or morally reprehensible conduct” and were regularly protected by the hierarchy of the church. More than a thousand children were sexually abused.

The Catholic Church has some built-in problems that contributed to the behavior detailed in the gruesome report and it hasn’t done enough to fix them, but sexual abuse of children and women is a dirty secret in many institutions that haven’t had a grand jury investigate them yet. Those saying that the cover-up of the crimes is unique to one church or a single institution are fooling themselves.

The Catholic elders who ignored accusations or took active measures to sweep them under the rug were acting as members of institutions commonly act. That’s why Dr. Larry Nassar of Michigan State University and the USA Gymnastics national team was able to get away with molesting at least 265 girls over several decades and why over 400 people have contacted a hotline concerning University of Southern California gynecologist Dr. George Tyndall, who’s been accused of acting inappropriately towards his patients throughout his 27-year career. Many supposedly responsible people with children of their own knew what was happening in both these cases, but decided to do nothing.

This is what happened at Penn State when Joe Paterno was head football coach. When Hollywood’s pedophilia problem finally comes to light, it’ll be explosive. If the degree of sexual abuse that’s going on in public schools were publicized, the public would be stunned. People stay quiet when they discover sexual abuse (a term often used to soften what’s actually “rape”) because they’re worried about the damage it’ll do to the institution they’re emotionally, and often financially, dependent upon. Such moral bargaining’s depraved, but the odd thing is that people generally considered decent do it so regularly.

It’s that tribal “bug” in the brain—a blind spot prompted by the sense of safety membership in an in-group provides them with. An adult may see no visible signs of distress from the child taken advantage of, and then rationalize it as consensual, which it isn’t under any circumstances. Since the child “seems” okay with it, it wouldn’t be worth endangering the in-group by reporting it. Once again, this is a reprehensible reaction that’s commonly done by “good” people.

Trevor Noah said recently, “The Catholic Church is like a molesting club with an opening prayer.” That’s kind of funny, but the comedian works in a molesting club of his own—the entertainment industry—which would be revealed if a California grand jury investigated Hollywood going back seven decades like the one in Pennsylvania did to the Catholic Church. Noah conducts himself as if he’s a moral beacon, so perhaps he should take it upon himself to use his platform to shine a light on this issue. There’s a reason Harvey Weinstein got away with so much for so long.

The tribal behavior behind the Catholic Church’s cover-up now manifests itself constantly in today’s politics. Ironically, Noah’s a major participant in creating an atmosphere where the other side’s always perceived as the enemy. When the in-group’s seen as constantly under attack, a war-like mentality takes over—whatever needs to be done is acceptable. Both Democrats and Republicans pile on their political opponents for doing things they regularly ignore when one of their own does them. Republicans chant, “lock her up” about Hillary Clinton, but when Trump’s investigated, it’s a politically-motivated witch hunt. Democrats scream about Trump’s misconduct with women, but they never said anything about Juanita Broaddrick’s credible accusation of rape against Bill Clinton.

The urge to protect an institution causes societal damage by creating an environment where’s no universal set of principles governing behavior. It’s like trying to play a football game with each referee using a different rulebook. In such an atmosphere, individuals get sacrificed for “the greater good.” They’re the equivalent of collateral damage in a “good war”—people wish it didn’t have to happen but they accept it. But you’re not protecting your institution by covering up misconduct—you’re weakening it, as the Catholic Church continues to find out. You’re not helping your political party by applying double standards—you’re hurting it by making it look hypocritical. The “glitch” in the brain causing this can only be countered by having an inner moral compass that isn’t flexible.