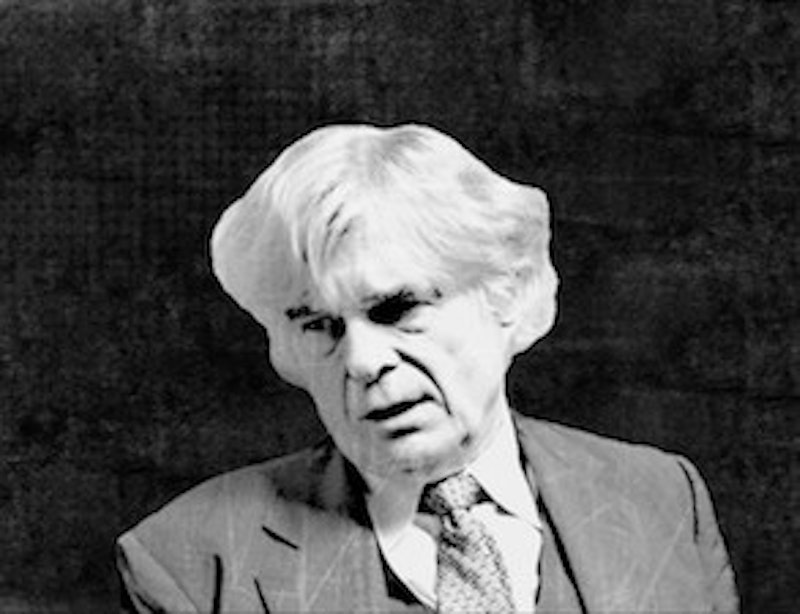 Sen. Ron Wyden (D-OR) managed to take the recent mania for banning purported “hate speech” up a notch, saying he will introduce legislation to shut down people like Alex Jones who ignore common decency, however the hell Wyden plans to define that. Gripe all you like about Trump (who is a loudmouth) or about censorious social media companies (which are stupid), but quiet, bland establishment threats to get government into the mix are the greatest danger to speech. Get government involved, and you can probably forget fine-grained distinctions between noisy populists and real homicidal Nazis, or between Christian broadcasters and bat-wielding gay-bashers.

That’s not to excuse the damage to discourse that private institutions can do to speech if they put their minds to it, especially if very large companies who we hadn’t even thought of as speech-cops suddenly start behaving as such.

Wells Fargo closed the bank account of a Florida Democrat politician running for agriculture commissioner for saying she’d be willing to take donations from pro-medical marijuana organizations. That was apparently enough to put her at odds with corporate partners of the government’s drug warriors, who must think anyone who disagrees with them is a potential launderer of illicit drug money. Opinions, crimes, who cares about the difference anymore, right? Meanwhile, conservative David Horowitz’s organization discovers donors’ credit card companies, under pressure from the leftist Southern Poverty Law Center, will no longer process payments to Horowitz’s group (ah, the companies have just reversed themselves on that decision, apparently).

Given the rapidly widening definitions of “hate” and “extremist,” we’ll all get lumped in eventually. The definition-creep would be annoying if it were merely private social pressure but gets more troubling with people like Wyden waiting in the wings to turn guilt-by-association into real legal consequences. And the standards for proclaiming guilt-by-association are falling rapidly. Take Peter Brimelow.

Look, I’ve actually waved a protest sign at (arguably-racist anti-immigration activist) Brimelow, which is probably more than most who denounce him can say (this world was quite civil just a few short years ago, though, so his response was merely to ask politely what my beef was and follow up by asking suspiciously if I’m Irish).

But if mere association with Brimelow is damning, you can’t just censure a couple Trump advisors who’ve been in the same room with him, as some critics have lately demanded—you’re going to have to get rid of all the people and venues for whom Brimelow has worked over the years. That will include Sen. Orrin Hatch, National Review, Maclean’s magazine, Dow Jones, and many, many more—maybe even me just for having been in the same room with him (and with numerous other strange characters over the years, right and left, I should confess preemptively, not that it will save me).

Brimelow’s not that fringe, at least not in all his views, not enough to make anyone who ever rubbed elbows with him an extremist. And saying so is not, I think, an indictment of the right (if you can even call a multipurpose magazine like Maclean’s or a broad econ-and-more outfit like Dow Jones right-leaning). It’s a reminder how out-of-control and sprawling the attempts at guilt-by-association are getting these days. Once we start down the six-degrees-of-Kevin-Bacon road, I’m sure we’ve all got ties to some criminal, communist, or Nazi somewhere along the way. (Come to think of it, Kevin Bacon himself played a Nazi in X-Men: First Class. Maybe Bacon and all who are even indirectly tied to him should be condemned.)

Ironically, the impulse to cast the widest possible net in order to blame an individual for all the acts of his distant associates is very much like racism, the thing the blame-mongers are usually most incensed about. I mean, isn’t racism at odds with our most basic conceptions of justice precisely because it blames you for what people you’re distantly related to, who you may never have met or condoned, once did? I honestly don’t know whether I’m related to more slave-owners or abolitionists, but I don’t foresee the left forgiving me my ancestors’ sins regardless, just as traditional racists probably wouldn’t much care whether someone were Hutu or Tutsi.

Nothing good happens when people on left or right try replacing individual accountability with group blame and group praise. And in the resulting environment, no matter how hard you try to avoid it, you’ll always hit some group’s tripwire and start a squabble over which tribe’s due for some condemnation.

Are you sticking up for womankind if you mention that Harvey Weinstein reportedly harassed his accusers using former Israeli intelligence experts as P.I.s, or are you stoking anti-Semitism? Should you praise the bravery of his accusers or hesitate because one of the most prominent, Asia Argento, is herself accused of sexually exploiting a minor and being a chronic liar? Do you not care about exploited teens, you monster? Do you not care about women, you fiend? Probably best to take such cases one at a time—and preferably only if you’re a lawyer or juror involved in those cases—instead of trying to turn each into a broad, sloppy social movement.

Punish broad enough swaths of people and you end up with the whole cast of the Guardians of the Galaxy movies now reportedly being let go by Disney because their director tweeted at a pedophile years ago. You end up with Paul Krugman making the surprisingly reckless argument that the whole Supreme Court becomes an illegitimate institution if Brett Kavanaugh gets appointed to it by a president under investigation. You end up with every child in California legally forbidden to order soda in a restaurant even if they’re not all fat (to name just one overly-broad bill already passed and awaiting a gubernatorial signature in our overregulated society).

When individuals no longer think their own thoughts and actions determine the degree to which they’ll be punished or when punishment will be meted out, at some point they simply give up trying to think for themselves or do the right thing. Or they overthrow the system doing the punishing.