Redemption and the #MeToo Movement

The comebacks are on their way, but forgiveness doesn’t come easy. 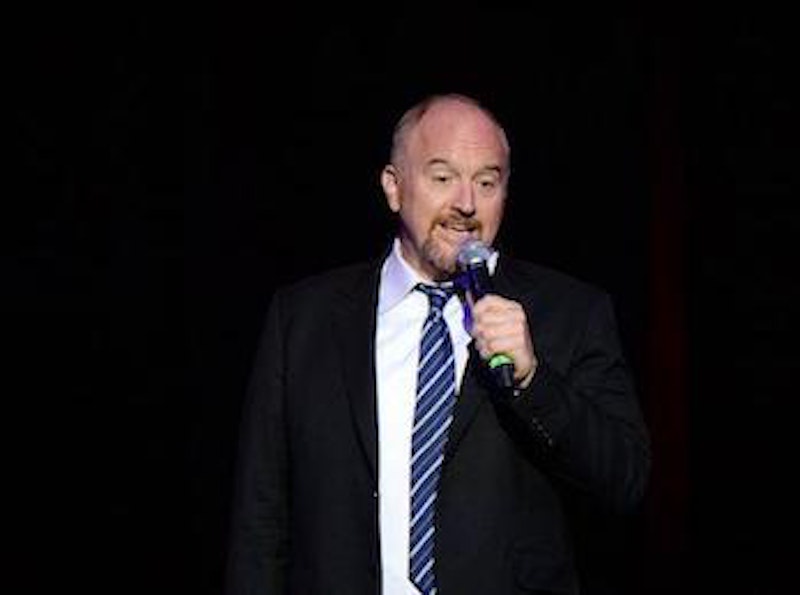 A number of celebrities have fallen since the exposure of Harvey Weinstein’s transgressions opened the floodgates for previously untold accusations of sexual misbehavior ranging from petty indiscretions to rape that are now being investigated by police departments in London, New York, and Los Angeles. Stage one of #MeToo was the “reveal,” stage two was the public shaming, and now that time has passed, stage three—the attempted comebacks—is upon us.

While offenders like Weinstein, Kevin Spacey, and Mario Batali face criminal charges that render them beyond redemption, there’s a lower tier composed of creeps like comedian Louis C.K. who are going to give it another shot. These men—you could put Charley Rose and Matt Lauer in the group too—used their positions of power to act out sexual fantasies and demean women while successfully fooling the public into thinking they were nice guys. But they didn’t cross the point of no return in that they kept their hands to themselves—which was all too true in the case of the onanistically-inclined Louis C.K.—so the door was never completely shut on them. It’s just a matter of how long that door stays closed, which is the topic of debates now that some of the outcasts are starting to push on it.

Louis C.K. tested the waters last Sunday with a surprise stand-up set for the first time since he admitted last November that the allegations five women had made about his gross sexual misbehavior were true. After being banished to his swanky Manhattan digs for months, walking on the stage of the legendary Comedy Cellar and getting a standing ovation must’ve been heartening, although reading the reactions on Twitter would’ve killed that buzz fast. Plenty of people are saying, “too soon.”

Comedian Aziz Ansari also got the #MeToo treatment back in January, after which he laid low until May, when he started making some stand-up some appearances, including a gig at the Comedy Cellar. While Louis C.K.’s indecent exposure power trip reportedly had serious repercussions on the careers and psyches of a number of women (and who knows how many more didn’t come forward?), Ansari’s “offense” is far from clear. He got shamed on the Babe.net website by an anonymous woman who went on a dinner date with the comic, and then engaged in a consensual sexual encounter with him at his apartment, during which he allegedly acted like a sailor who hadn’t been allowed onshore for many months, but was not physically coercive. Reading the entire account by the “victim” of Ansari’s crass and embarassing efforts to achieve satisfaction makes it clear that at any time she was free to walk out his front door. But that would’ve meant she’d miss her chance to be a player in the #MeToo drama.

The #MeToo movement’s like a big net dragged behind a boat. Everyone caught in it ends up in the same hole when its contents get dumped out, regardless of what they’ve done. Ansari has to take a five-month sabbatical for allegedly acting caddish on a date because Babe.net desperately wants a #MeToo scoop. His accuser felt it was relevant to write about being upset that the comic served her white wine at his place even though she prefers red and even though he bought her dinner at a posh restaurant, so there’s some chance she’s not a reliable narrator. The #MeToo movement quickly got too frenzied to ponder such nuances.

Louis C.K’s already lost potential income with killed deals at FX, HBO, and Netflix, but he’s still a rich guy who’s just been given some time to catch up on his sleep, and now he wants to come back without saying much more than “I’m sorry.” His return does seem premature, but then again it was just a 15-minute gig workshopping some material at a comedy club, and that’s what he does for a living. He’s not exactly stepping back out on the same stage he was banished from.

In a #MeToo irony, Italian actor and director Asia Argento, who became one of the movement’s central figures when she accused Harvey Weinstein of raping her, now finds herself branded as a perpetrator after actor Jimmy Bennett’s accused her of initiating a sexual encounter, after plying him with alcohol, when he was an underage 17-year-old. It’s a serious problem for her, especially since she’s known Bennett since he was seven and she was in her 30s—they appeared to have had a mother-son relationship for years. Argento’s now been fired from her job appearing on the TV show X Factor Italy.

So can Argento no longer act or direct now that she’s been implicated? If so, how long is her sentence? #MeToo hasn’t figured out that end of the equation, nor has it established how evenly its rules apply to women. Louis C.K’s sentence is unclear too, although it looks like Ansari’s has been served.

Clearly, Louis C.K’s audience at the Comedy Cellar believed he’s paid his debt to society. The standing ovation he received could be partially a reaction to the excesses of #MeToo, as Aziz Ansari experienced. Making everything into a federal case is bound to cause blowback. There has to be a path to redemption for at least some of the fallen if there’s to be any real justice, but #MeToo’s not strong in that department. Despite its positive achievements, #MeToo often resembles a mob, and mobs don’t forgive.