Some Attacks on Bernie Sanders Are Anti-Semitic 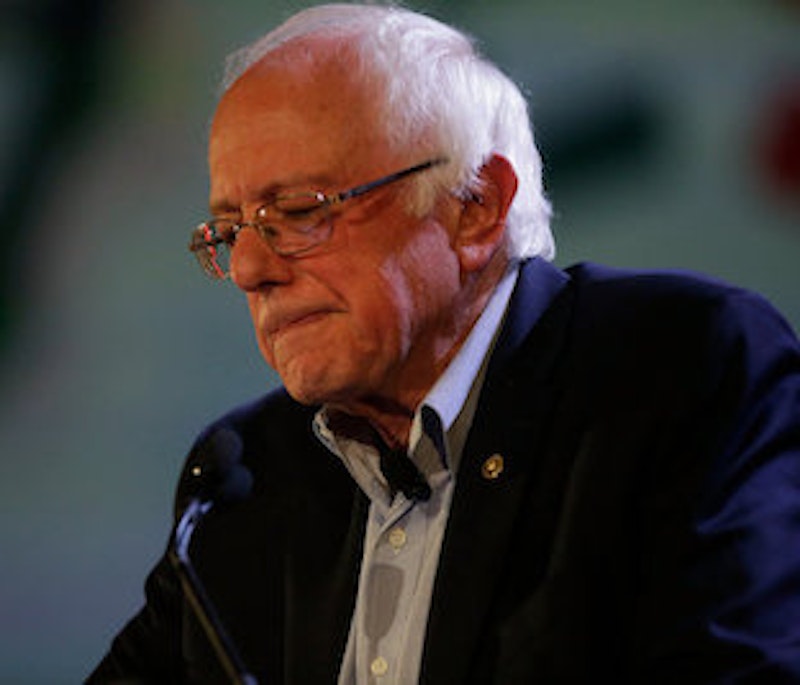 There are legitimate reasons to criticize Sen. Bernie Sanders. He tends to center on white people when he talks about the working class. He has a shaky record on gun control.  And if you're a conservative, Sanders' push for progressive economic reforms will probably annoy and/or infuriate you. Many people, from many perspectives, have legitimate reasons to adamantly disagree with Sanders. And since Sanders is currently running for president in the 2020 election, we can expect to hear all of those disagreements voiced over and over.

Criticism is fine. But people need to be careful to watch for moments when criticism slides over into bigotry. Sanders is Jewish, and it's not an accident that there has never been a Jewish president. People vote for candidates because they think that candidate represents them or is one of them—and prejudice is one powerful factor which affects who is considered "one of us" and who is not.

Many writers have talked about this dynamic in the campaign of Hillary Clinton in 2016. Clinton, too, obviously, has done many things worthy of criticism. Her recent call to reduce immigration in Europe, for example, was an awful compromise with racism and fascism.

But many feminist critics have pointed out that attacks on Clinton often were influenced by, and activated, misogynist stereotypes and prejudices. Caroline Siede explains that Clinton was seen as unlikable in part because "we don’t yet have cultural touchstones for flawed but sympathetic women." Men who are imperfect—like, say, Trump—are seen as more human and relatable for their missteps. Women who are imperfect, in contrast, are seen as conniving, wicked, or disgusting. Men who are ambitious are seen as admirable. Ambition in women is seen as culpable.

There hasn't been as much discussion of possible prejudice against Sanders. But that doesn't mean such prejudice doesn't exist. In fact, a number of common attacks on Sanders dovetail uncomfortably with anti-Semitic stereotypes.

One recent high-profile right wing attack on Sanders, for example, involved his use of a private jet for campaigning. The right was arguing that Sanders was a hypocrite for burning so much fuel when he supports restrictions on carbon emissions. But the articles dwelt obsessively on the amount of money Sanders spent on the trips.

This focus on Sanders’ wealth is echoed in other criticisms you see on social media and elsewhere. Sanders is running for president as a way to enrich himself, detractors insist. He's unusually selfish or unusually greedy.

Sanders is wealthy by the standards of the average American. But he's not especially well off compared to the average Senator. He's certainly ambitious and egotistical—but that's true of virtually every national politician. You don't get into the Senate without thinking highly of yourself. The fact that Sanders is seen as especially conniving or self-centered resonates with anti-Semitic tropes about Jewish wealth and Jewish greed. Ambition is okay in people who are supposed to be in power. But Jewish people seeking to be president are getting above their station; therefore they must be selfish, arrogant, and presumptuous.

Anti-Semitism also lurks in another common attack on Sanders—that he’s inauthentic or disloyal. Martin O'Malley criticized Sanders in 2016 for not being a real Democrat, and it's become a common talking point since. Sanders supposedly isn’t a team player. He's untrustworthy. He doesn't belong.

Sanders runs for Senate as an Independent, not a Democrat. But he caucuses with Democrats, and he's long been a reliable vote. It was red state Democrats who wavered on voting for Bret Kavanaugh for Supreme Court, not Sanders. He campaigned for Hillary Clinton in 2016; on Twitter you can find him reliably hitting whatever talking points Democrats are hitting at any given moment. He does criticize Democratic policies sometimes—but do Democrats really want to make intraparty criticism verboten?

Activists always push politicians to hew to the party line. Attacking Sanders for policy deviations is reasonable. But if you start to label him as disloyal, or as sneakily impersonating a Democrat, you're starting to emit dog whistles, whether that's your intention or not. Jewish people are always seen as insufficiently assimilated, and as adopting identities they don't really deserve or believe in. Painting Sanders as a traitor or a pretender is especially tempting, and especially damaging, therefore, in part because he's Jewish.

People who disliked Hillary Clinton (including women) tend to be resistant to the idea that they may be influenced by sexism. By the same token, Sanders' critics (some of whom are Jewish) will no doubt bristle at the suggestion that they may be picking up on anti-Semitic prejudices or stereotypes. No one wants to think that they're influenced by bigotry. No one wants to have to moderate their criticisms of public figures they despise.

Anti-Semitism in the United States has increased, thanks largely to Trump's cultivation of and encouragement of the far right. To counter that, it's important to acknowledge that anti-Semitism exists, and that it’s ubiquitous—so ubiquitous that it may influence even people of good will.

I don't think it's likely that Sanders will win the Democratic nomination in 2020, but if he does, there will almost surely be an outpouring of ugly anti-Semitism from the right. Democrats will be ill-prepared to fight against that if they spend the primary blowing more subtle dog whistles.