Briny Deep States of Atlantis and the U.S. 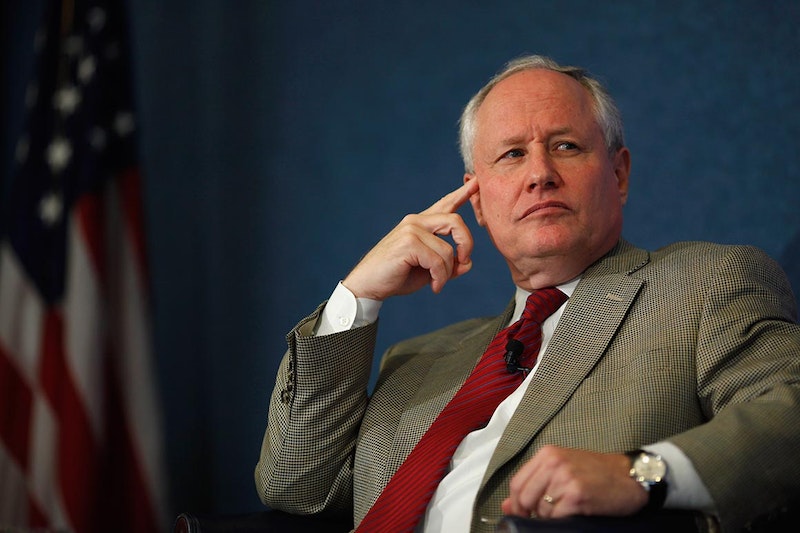 Aquaman’s evil brother wants war, so Aquaman must reluctantly claim his birthright and become king of Atlantis in the mediocre new film, fighting soldiers astride giant seahorses, crabs, and the like. Is this any more outlandish than the factionalism in our own government, though?

The neoconservative faction suffered a major blow last week with the abrupt closure of The Weekly Standard, a closure that former editor John Podhoretz likened to a “murder” by a petty owner, one in which staffers had to sign strict non-disclosure, non-disparagement agreements to receive their severance pay, increasingly a normal practice in our hyper-protective, wannabe-secretive, bureaucratic world but a creepy constraint to put on writers and witnesses to history.

Leftist Matthew Yglesias may be correct that the Standard’s brand of hawkish conservatism is even more dangerous than the MAGA kind but also correct the magazine featured many great writers and some ideological diversity. Its sudden absence leaves me wondering whether and when someone will “Make National Greatness Conservatism Great Again,” so to speak. For all my jibes at the philosophy, I’d hoped at one point that neoconservatism (and, with some help from Ron or Rand Paul, the GOP) might evolve into something closer to libertarianism, just as some of my libertarian acquaintances hoped neoliberalism might evolve into something akin to libertarianism. Instead, we’re all left wondering where populism will lead. I’ll strive anew to be humble and agnostic.

The possible “Trump shutdown” of the federal government isn’t such a bad populist development, though. If he doesn’t get his Wall, and the establishment doesn’t get the rest of the government, I’d call that a big win-win for liberty. No remotely sane person wants the federal government to continue operating after getting itself $22 trillion in debt, so a permanent shutdown is the only morally responsible course of action. Authority could initially be devolved to the 50 states, so cowards—pardon me, non-libertarians—needn’t worry we’d leap overnight to anarchism.

If that sounds reckless, keep in mind the ostensible grown-ups at outfits like the Standard are probably happy, by contrast, to see Congress sneak a temporary suspension of the War Powers Act with regard to Yemen into a farm bill, meaning Congress doesn’t have to vote on the Yemen war itself. To which I say, if Congress doesn’t want to legislate anyway, there’s really no need to vote them into office or keep sending them money. Without ever having to vote for the plan, it now appears (on an ostensibly war-averse populist president’s watch) they’ll be responsible for keeping U.S. troops in Syria indefinitely, controlling a third of the country. That’s a lot of activity for an ostensibly shutdown leviathan.

Roughly the same government projects, foreign and domestic, seem to happen no matter which faction is ostensibly in charge, though they jockey to see who’ll get credit for the projects. Much as establishment anchor Mika Brzezinski gets vulgar over Sec. of State Mike Pompeo’s closeness to the Yemen-pummeling Saudi Arabian government, for instance (calling him their “butt-boy”), the older Washington establishment of which she and her late dad are parts has long happily served other Saudis, who killed other targets.

Seeing fights over specific recent Pompeo statements is like watching squabbles over exactly which regiments will be deployed to the front in World War I. It’ll be a disaster regardless. Or are we suddenly, truly anti-war and anti-Deep State, Mika? I doubt it. Like the welfare state, the war machine now just rolls on with some bickering over who gets to drive.

Speaking of driving, the alt-right maniac who drove into the crowd of leftist counter-protestors in Charlottesville, Virginia was finally sentenced last week to life plus 419 years, a reminder that his ilk can be pathetic and deadly at the same time. But then, a New York Times photographer has literally praised Muslim terrorists recently, so once more, we should keep in mind the establishment isn’t much of an improvement on the lunatic fringe.

If the alt-right types want to avoid accusations that they and Trump are tools of Russia, a friend of mine notes that Homeland Security probably ought to start phrasing its press releases differently. A recent one says: “DHS is committed to building wall and building wall quickly. We are not replacing short, outdated and ineffective wall with similar wall. Instead, under this President we are building a wall that is 30-feet high. FACT: Prior to President Trump taking office, we have never built wall that high.” Huzzah! Toughness and grandiosity all around!

Or, if you prefer the language of liberty and tolerance, check out the Libertarianism for Beginners book I wrote, with cartoons by Nathan Smith and intro by John Stossel, who was nice enough to plug the book alongside Orwell and others in his column last week.

Last week also saw a less praise-filled but mostly fair—and introspective—piece by Helen Andrews in First Things about our clash (partly over personal matters, partly over libertarian-vs.-populist tensions) on CSPAN2 eight years ago and about Internet-era public scandals in general. We may have miscommunicated about the problems with Obamacare, but I think we’ve moved a bit closer to agreement on the virtues of kindness and civility.

The Federalist’s Ben Domenech said it may be the best essay of the year. David Brooks, formerly of the aforementioned Weekly Standard, has called her one of the best millennial conservative writers, and that’s a good reminder he’s not always wrong. None of us is always right. (Ironically, Obamacare may now unravel and be deemed unconstitutional, a violation of the Commerce Clause, precisely because it doesn’t any longer contain the individual mandate to buy insurance, which the Supreme Court had deemed a constitutionally-safe tax—and that’s one of the less complicated issues alluded to in the CSPAN incident.)

Mention of the quasi-neo-Victorian Andrews reminds me that 2018 has been the 150th anniversary of the serialized 1868 robot novel Steam Man of the Prairie, a real book that almost renders today’s faux-Victorian steampunk redundant—though I still plan to see box office bomb Mortal Engines and am delighted some of the dwindling population of Brooklyn hipsters now wear old-timey “prairie core” clothing. I hope somewhere out there are children who are such physics nerds that they’ll see the snow-filled Grinch, the watery Aquaman, and steampunk Mortal Engines movies all on the same day, even if they’re all terrible, just so they can say they saw three states of water on screen in succession like an unplanned trilogy.

I’m less comfortable wondering what our liberal turned conservative turned populist political culture will phase-transition into next, but I anticipate no end to turbulence.