The Metamorphosis of Stacey Dash

Her book chronicles how struggles have changed her. 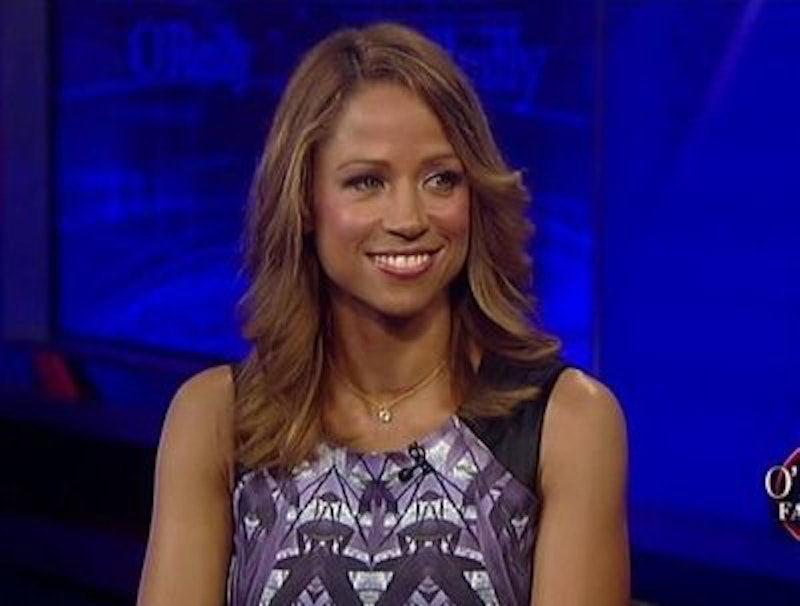 The political atmosphere in the United States, during an election year in which we have to choose between two unwholesome candidates, has caused me to seek out and draw strength from individual voices not beholden to one party or the other. President Kennedy’s Profiles in Courage taught me to expect possible greatness or moral clarity from those who in the present are unpopular or villainized. Since then it’s been my habit to consult sources that are largely detested within the progressive social media echo chamber I call home. At the very least, I value the competition of ideas when expanding my reading to include forbidden literature. That’s how I came to request Stacey Dash’s There Goes My Social Life: From Clueless to Conservative from the Brooklyn Public Library.

I found Dash’s story to be one of survival, faith and love. The vulnerability and reflections she puts forth in the narrative elicit more empathy than she generally garners from her Fox News sound bites. Her memoir reads like literature—a political, spiritual and professional bildungsroman of a remarkable woman from the Bronx. Here’s the thesis: “The facts of life are conservative.” And you’d have to be a callous reader not to find it supported by her account.

The worst abuses she receives are not the tweets of the mob that disowns her for favoring Romney over President Obama in the 2012 election, or the jeers of celebrity friends who question her blackness and diss her in an exclusive Manhattan nightclub for “shilling for Mitt.” The traumas that she survives play out in her family life and relationships with men. Despite the best efforts of her mom, dad and uncle, all of whom suffer the afflictions of substance abuse, a young Stacey Dash bounces around from unstable home to unstable home. We cringe when four-year-old Stacey is sexually violated by an older boy in the family circle, who lures her into his bedroom with candy. The power of her storytelling arises from the pivots she makes, moving from personal experience to moral and political appeals to conservatives and liberals alike. For example, Dash walks us through her early thrill of being selected to act on The Cosby Show, home to the sweater-wearing father figure America once adored. In the conclusion of a chapter, she shares that while Cosby never abused her, and that he and his wife instead gave her a delicious dinner at his brownstone and encouraged her acting career, the well-documented criminality of Cosby as a serial rapist and abuser of women calls to mind her own experiences of sexual assault. She disavows Cosby and takes a stand in rebuking dismissive Republicans and men in general for not taking women’s accounts of abuse seriously.

The dramatic buildup to why the Second Amendment is so important to Dash’s perspective is the scariest thread in the book. While other boyfriends and husbands in the story are letdowns, cheaters, deadbeats and abusers, there’s one particularly disgusting stalker-rapist, a brutal control freak named Axel who punches her all over her body, except for her face, so that her Hollywood colleagues won’t catch on. He kicks down the door, threatens her at gunpoint, kidnaps her, ties her up, and rapes her repeatedly throughout the book—you can’t keep track of it because it is so disturbing. Psycho Axel catches Stacey every time she finds a safe place to hide. She acknowledges that sometimes she’s the one to let him back into her life, expecting different results. But it’s a frightening moment when Axel is coming up the stairs, after breaking into Stacey’s home, to rape or murder her. She’s horrified by the prospect of her son hearing his mother tortured. So she grabs her gun and fires several shots at Axel, missing him, but he runs off and never comes back. From that, she believes strongly that the right to bear arms is what makes citizens equal and can be a powerful means of survival. She condemns cities, like San Francisco, that regulate household gun storage, because such burdens put the person responding to an intruder at a critical disadvantage. She also hunts pheasants, a running joke in the book.

Elsewhere, Dash addresses the subject of education by illustrating the many schools at which she enrolls as her living situations change. She enjoys some good schools and good teachers, but at other less fortunate public schools she’s caught up in distracting turf battles and schoolyard brawls. The takeaway is she’s a proponent of school choice, especially for low-income communities with failing schools. While she doesn’t go to college, she reads and values self-education well into her adult years, savoring literary scripts like Clueless, Shakespeare, Ayn Rand, and The National Review. She cites as an inspiration a YouTube video of James Baldwin and William F. Buckley Jr. debating at Cambridge.

Dash professes multiple times to talk to God and even receives guidance and commandments: like sending out the tweet hyping Romney, or to canceling the abortion, in a troubled year of cocaine and parties, and have the child her irresponsible lover also wants. In an earlier instance, while her parental figures are drugged-up and oblivious, as a little girl she gets a finger caught between the television and the cabinet holding it, and her skin rips in blood. She talks to God and decides that she doesn’t want to be like anyone in the room. She credits her uncle, who apparently murdered a girl, with engendering her spirituality. He says to Stacey, “When the Jesus train comes, make sure you’re on it.” The text is rich with fault and forgiveness. She deals with the pain of her parents and uncle as problematic influences and yet still loves them.

The book also succeeds as nostalgia for Clueless and its impact on mid- to late-90s lingo and fashion. Clueless affords Stacey her golden age and she shows admiration for the cast and the director Amy Heckerling. Dash is delighted that fans still come up and parrot her iconic lines like, “There goes your social life.” Depending on who’s reading, the book can either be a how-to or how-not-to for Hollywood, Atlanta and New York City’s fickle arts and entertainment industries. In the pursuit of a paycheck, Dash takes on a role with VH1’s Single Ladies, for which she lacks enthusiasm. Likewise, she reads in an audition for Black-ish but is turned off by the lack of complexity, with bad writing pushing the stereotype that all African-Americans are Democrat voters. The Hollywood sections also supply a conservative feminist’s view on how male directors and actors can be slime when they pressure actresses to do nude scenes. Dash says no to a proposed nude scene only then to be coercively propositioned by the male lead of the project. The presumptuous actor is half-naked in his trailer and wants to put on porn, and he asks Stacey to come in bed with him and get comfortable with the part. She turns her back on that garbage.

The book comes full circle with her asking God in church if she should tweet support for Romney. She does. There’s a Twitter backlash and then Stacey does Piers Morgan’s show and eventually forges a friendship with David French, a lawyer who becomes her manager. He establishes her connection to Fox News and its paid opinion gigs, and Nancy French, his wife, assists Dash with writing the book. Dash’s metamorphosis into her confident, conservative self comes at the cost of dividing fans from foes, but this good book may help some readers to reconsider the uniqueness of her voice.