We get it. You’re better than America. 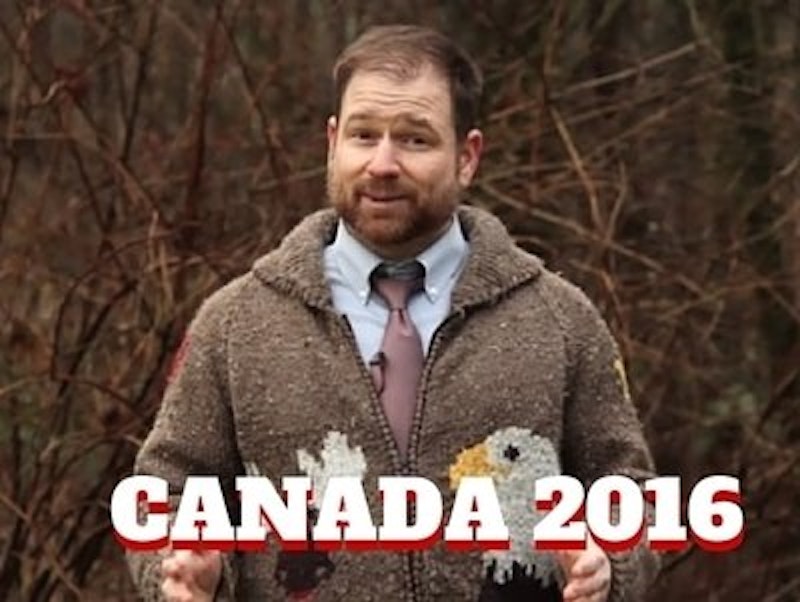 I’m probably going out on a maple tree limb saying this, but is anyone else getting tired of all the condescending “love” flowing south from Canada about the upcoming political election? No one adores our excessive u-using neighbours upstairs more than I. I’m right there with millions of other Americans who fantasize about moving if the rapey psychopath Oompah-Loompah wins, and I’m just as embarrassed as anyone else that our nation put him on the world stage in the first place.

But the last thing we need is a reminder by sympathetic video and social media “#tellamericaitsgreat” campaigns with grinning, pat-on-the-back, bundled up, enjoying-free-health care Canadians cluck-clucking down the mountain to tweet us about how adorably pathetic we are, trying to cheer us up with talk about completely unrelated things like Beyonce, Cherry Coke and the space program. As much as I’m sure Queen Bey would do us all a favor and fly Herr Drumpf in a space shuttle to Mars with an entire fridge full of Cherry Coke laced with actual cocaine to help out our nation and put an end to this goddamn election cycle today, we all need to just wait the day out in horrified suspense, heads down.

There are articles explaining how much better Canada’s electoral system is, even though its leader is a supermodel meme often seen shirtless who’s now on the cover of a comic book. Ditto the funnyman with his funny video about building the wall between Canada and the U.S. Yeah, yeah, Canada for President. Do you think we are in a laughing mood right now? It’s bad enough to have to be an American, much less have to be reminded of how cool it is to be Canadian. The only truly funny thing I’ve seen about Canada during this election cycle is this piece on “Trump Claims America Should Never Have Given Canada Its Independence” in which Trump is fake-quoted as saying “Canada has belonged to America since Jesus’ time, and that’s a fact.”

And England? At least they don’t even try to hide the disdain. We know they’re over there laughing their asses off at this election, yammering on about their “colonists.” Ever since the “Message from the Queen” was written to “revoke American independence” and long before that, we’ve known how they really felt. So bitter about that whole American Revolution/War of 1812 thing. Sore losers.

Honestly, even if the demon Heat Miser did win, I don’t think I would even consider moving to Canada, because I’d be terrified of the snarky, faux-sympathetic glances I’d get for the rest of my life. Although Canada enjoys a huge PR machine of friendly/polite, I think below the surface there’s a level of nastiness—Canadascension as my 13-year-old says—for us poor, pathetic Americans that may run deeper than we’ll ever know.