Joe Morrissey is an electable scoundrel with the common touch. 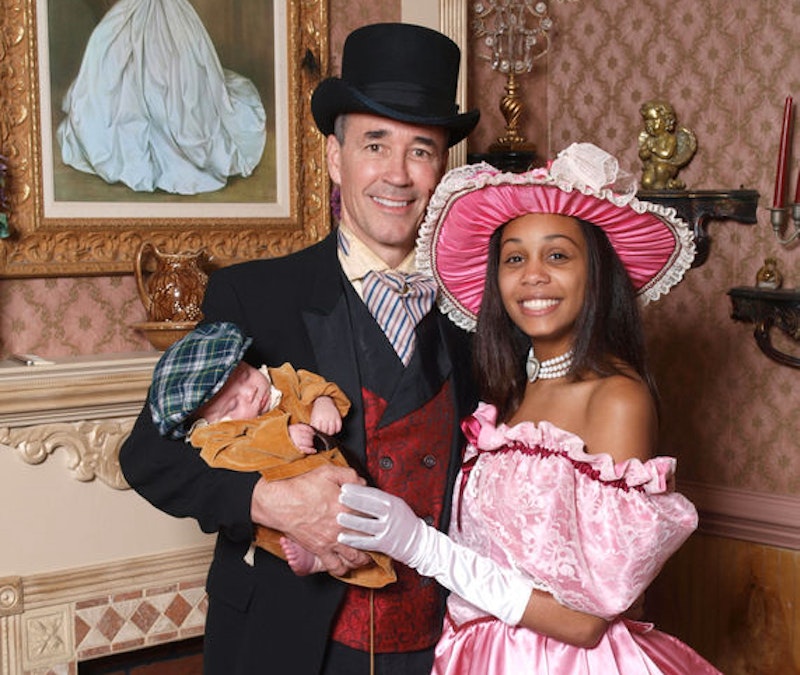 The nasty Presidential race is sucking away media coverage from the strange mayoral race here in Richmond, Virginia. The Toronto Star has noticed, however, recently running an article quoting one of Democratic candidate Joseph D. Morrissey’s campaign officials, Deborah Repp, as saying that he'd be “the first real first black mayor of Richmond.”

Repp’s awkward attempt at a Bill Clinton reference would’ve been charged enough in a city with a black sitting mayor, Dwight C. Jones, and a black predecessor, former Gov. Douglas Wilder, but Morrissey, who formerly served as Commonwealth's Attorney of Richmond and member of the Virginia House of Delegates, is white.

Morrissey, a descendant of John "Old Smoke" Morrissey, a 19th-century U.S. Congressman and one-time bare-knuckled boxer, is also a convicted sex criminal who was incarcerated for three months for contributing to the delinquency of a minor, his 17-year-old female receptionist. According to court documents, Morrissey had sex with his young employee numerous times in his law office in August 2013, while also possessing a nude photograph of the girl, which he texted to a friend. The photo was a set-up, the attorney protested, claiming it was sent by the girl’s jilted lesbian lover.

The blowback to Repp's bizarre remark was swift. Morrissey offered some soothing words to defuse the situation, but it's undeniable that he has serious support among Richmond's African-American voter base. If the 59-year-old candidate does win, he’ll owe much of his victory to the many black Richmond residents who see him as one of their own.

How this convicted white politician came to occupy a position of trust among Richmond's blacks is an unlikely story. Morrissey’s a UVA graduate and has a law degree—which he's legally barred from using for extended periods of time—from Georgetown University. As an attorney, Morrissey has been cited for contempt of court 10 times and jailed or arrested five times. The U.S. Court of Appeals made note in September 2002 of his “15-year history of contempt citations, reprimands, fines, suspensions, and even incarcerations arising from unprofessional conduct mostly involving an uncontrollable temper, inappropriate responses to stress and dishonesty.”

Morrissey’s first disbarment came in 1993, following allegations of misconduct in his prosecution of a rape case that got him indicted on perjury and bribery charges. He was subsequently acquitted, but a judge suspended his law license for unethical behavior. In 2003, he was disbarred for the second time, this time for a decade, when he beat up a man while wearing a large ring on his finger. He threatened to kill the man, according to a legal brief filed in the case, before smashing his head into the corner of a brick wall. Morrissey was fined $500,000.

It’s no secret that courtrooms below the Mason-Dixon line are often populated with shady characters, but Morrissey has an exceptional litany of indiscretions. In 1991, as the commonwealth's attorney, he punched his opposing defense attorney in the face in the hallway during a heroin trial, landing him a five-day stint in the slammer. He also socked a contractor in 1999. A judge found he'd faked some of the 300 hours of community service he was given for the punch, and gave him 90 extra days behind bars. The previous year, Morrissey spent 90 days in jail and was barred from the courtroom for two years after improperly speaking to reporters about a drug case.

Legal panels have described Morrissey as unethical, unprofessional and deceitful but, as his five elections show, nothing keeps him down. He's reminiscent of former Louisiana Governor Edwin Edwards, who famously said, "The only way I can lose this election is if I'm caught in bed with either a dead girl or a live boy,” or Ted Kennedy, who killed a woman by drunkenly driving off a bridge, and then went on to become a revered “legislator” who now has a museum dedicated to him.

I've seen Morrissey walking down the street with his young bride and children. People stop their cars to call out to him, and pedestrians approach him, just like they did for Rob Ford, Toronto's one-time bad boy mayor. People who feel they’ve been left out of the political process can relate to this deeply flawed individual with the common touch.

Morrissey’s just a regular guy who hangs out in the neighborhood in his free time, some say, and now that he's taken the step of marrying the young black girl he once behaved criminally towards, he’s well-accepted by black people here in town. He’s more popular than the other black mayoral candidates. In this time of Donald Trump and Bernie Sanders, people are obviously looking for something different in politicians.