The dark power of the upside-down. 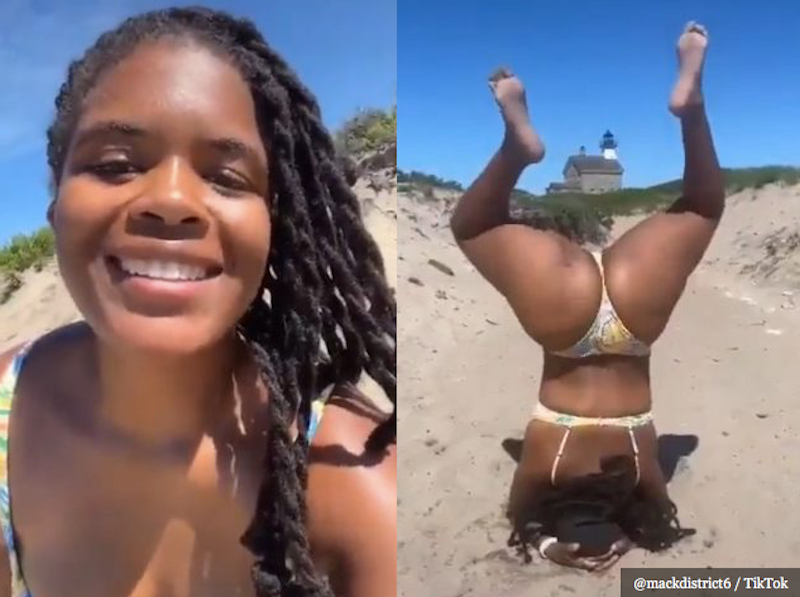 It’s not so much the inaccuracies in modern media that gall as the completely backwards and upside-down assumptions, moral and political, that the media want you to absorb almost subconsciously while you’re wasting your conscious time fighting over the factual details, as you may have while reading about the 10 recent items below.

The New York Times, which has shown no special admiration for small-d democratic proceedings in small-town America in recent decades, somehow found the time to wax Frank Capra-like at great length over a vote in a New Hampshire town to increase the school budget. Votes to increase government spending are among the most common (and tragic) political developments in the world, whereas the libertarian political push in New Hampshire called the Free State Project is a true rarity—yet the Times manages to make the Project’s budget-cutting efforts the villain here, a sign of the Times’ ability and no doubt willingness to make even the most mundane budget increase sound like a rare victory for humanity because, hey, one step closer to socialism (and/or fiscal insolvency). Pay no attention to those unusual rebels trying to buck the inexorable forces of history, big spending, and the Times’ love of centralized power, even in tiny doses. It’s the maintenance of budgets that must suddenly be cloaked in Mr. Smith Goes to Washington-like awe when the Times is in your town.

Conservative critics of liberal institutions can also go off the rails, though, and I think that may be the case with the College Fix (offline as I type this, though likely only temporarily), which reported Williams College dropping a swimming requirement as though it were another pillar of Western civilization crumbling before an onslaught of wokeness, but it seems as though it was more an onslaught of committee members thinking an old swimming requirement (which affects some societies more than others, but that’s not the decisive thing here) was kind of silly and beside the point in the modern academic world. Fretting over a little change like that is enough to make one worry conservative writers are desperately hunting for things to get upset about—which is what they accuse the woke of doing, isn’t it? (This shouldn’t be taken as a sign that I’m veering like Cato’s Andy Craig into thinking anti-wokeness is itself an evil contagion that should be traced back through the Ron Paul movement and libertarian “polemicist” Murray Rothbard to some sort of sinister, Klan-like origins; wokeness still blows.)

Further, I’m the last person who thinks a Brown alum should typically be trusted when she starts blaming things on racism and sexism—they tried to teach those of us who studied there to blame nearly everything on racism and sexism—but I’ll say this much for Tiara Mack, the 2016 Brown graduate turned Rhode Island state senator suddenly infamous for twerking upside-down in a bikini in a campaign video and vocal in accusing her subsequent critics of trying to oppress and marginalize (politically-powerful, Ivy League-educated) black females: Twerking is a more noble and harmless activity than governing. If you want to shame her, shame her—and all of her colleagues—for governing other people, not for being able to entertain with the power of buttocks. I don’t at all blame her for responding to her mostly right-wing critics by turning the twerking into her brand and tweeting a bunch of “Twerk for justice”-type slogans. Would that all of humanity (or at least the ones who look good in bikinis) would spend more time twerking and less legislating.

Turning our gaze from New England to nearby Manhattan, we see shopkeeper Jose Alba charged with murder for stabbing a patron who was violently attacking him—though surely even in the political and moral Bizarro World that is Manhattan, most people (quietly but increasingly) want the authorities to spend less time harassing harried shopkeeps and more time worrying about moments of civilization unraveling like this wild attack on fast food clerks caused by their revelation that customers have to pay for extra sauce.

Moving a bit farther south in this tour of a world gone mad, I must pause to make a small correction to last week's column: Market Hotel wimped out and canceled that musical performance by John Hinckley that I mentioned—but he’s still active, still makin’ music, still a reminder, lest the prior item made you forget, that some crime is very, very white.

Luckily, contra Hinckley’s method back in 1981, there are non-violent ways to get rid of presidents and presidential candidates, and I hope some of those other methods, such as ridicule or vote-casting in primaries, will remove Mitt Romney if the Utah senator keeps being talked about as if he’s obviously a plausible moderate choice for the GOP to run in 2024. If the prospect of all the Trumpers rejecting Romney isn’t reason enough to rule him out, keep in mind that despite him recently writing that Republicans must sober up and embrace “reality” after the feverish delusions of recent years, some of us (who used to vote) rejected him because he was a believer in such decidedly unrealistic things as minimum wage laws, potential benefits from launching a war against Iran, and, lest you forget, building a border wall to prevent people illegally immigrating from Mexico (where Romney’s father was born).

There are things even nuttier than anti-immigration crusades, though. Slightly south of Utah, Arizona now finds itself the target of a Department of Justice lawsuit for having the audacity to say voters must show evidence of U.S. citizenship. Little by little, Democrats and their media allies will normalize the idea that our goal should be to get non-U.S.-citizens to vote in U.S. elections.

In the meantime, one of the left’s big fears—and big reasons for bashing Texas podcaster Joe Rogan—is presumably their fear Rogan, mainly known for being a good, empathetic listener, will boost Trump instead of left-wing candidates. Well, that assumption, too, gets blown out of the water by a glance at reality, since Rogan has said he won’t have Trump on, as “I don’t want to help him.” Might Rogan still be more of a Bernie bro at heart?

But if we really want to keep a record of the left/liberal establishment doing hairpin logical turns in short periods of time, I wish people wouldn’t do things like blow up that Georgia Guidestones monument. It was covered with environmentalist messages about the need to reduce humanity (scheduled to reach eight billion next year) to a 16th of its current numbers, with brutal urgency. The Progressives were the most influential American eugenicists, turning their Nazi-like anti-natalist obsessions into the subtler-sounding creeds behind a few still-active, still-respected organizations’ efforts to reduce populations in places like Africa and India (less so places like Norway, for some reason). It’s so much harder for them to pretend they aren’t misanthropes when their goals are carved into giant rocks.

That thought must be as difficult for some superficial contemporary leftists to process as feminist, pro-gay, Honolulu-born Bette Midler’s latest anti-trans-movement tweets (to complete our southward political trek). She remains a bit too famous and too long-established to beat into submission on this topic, whereas her fellow singer Macy Gray was recently successfully cowed into saying the standard humble apologies for having thought that only biological females can be women, perhaps the most obvious truth to undergo complete reversal right before our eyes in just a few years’ time.

One mustn’t make assumptions, not so much because none of them are true but because these days you may be expected to assume the opposite at a moment’s notice, and staying mentally limber—and easily led—appears to be the best defense, or at least it does at first.