The Media Reports Narratives, Not Facts

The progressive narrative is that the protesters are non-violent, concerned citizens who just want their voices heard. 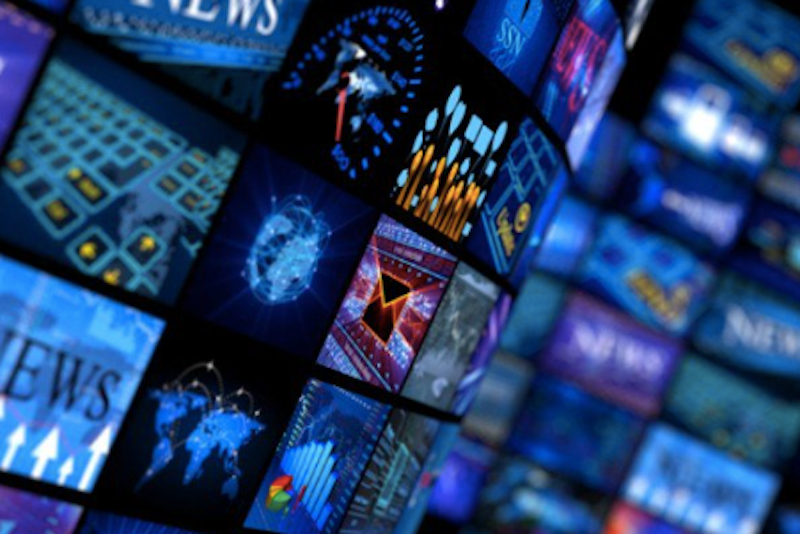 Last week, after the announcement of no murder indictments for the three white police officers involved in the shooting death of Breonna Taylor in Louisville, street protests broke out in Los Angeles. Protesters had taken over a section of Hollywood when a car tried to drive slowly through them on a public street. Here's how CBS News put it in a tweet: "The driver of a white Prius runs into protesters in Hollywood, striking some of them before being stopped by two other vehicles. The driver sped off, but was later detained by police."

The wording suggests that the driver had malicious intent, hurt some people, tried to escape his crime, and then the police chased him down and arrested him. But that doesn't sound like a Prius driver to me, so I looked into it. In fact, the driver didn't hit anyone, and the police let him go after investigating the situation. The two vehicles that "stopped" him contained individuals who tried to drag him out of his car and beat him. The driver feared for his life, as that mob at another so-called "peaceful protest" was out for blood. CBS was giving us the progressive narrative, which always favors BLM protests. To report that peaceful protesters were preparing to brutalize a man who'd done nothing wrong is something the media wants to avoid. The progressive narrative is that the protesters are non-violent, concerned citizens who just want their voices heard.

In reporting anything that's political, the media give us their own narrative rather than facts, lending credence to Trump's charges of "fake news." If you want to find out what really happened, you have to do your own research, unless you want to join the huge chorus of voices who just parrot what they're told.

As for the death of Breonna Taylor, the narrative is the police are again guilty of murdering a black person. This tweet by NPR, quoting Taylor's mother, is typical: "I was reassured Wednesday of why I have no faith in the legal system, in the police, in the law." It's natural that a grieving parent will talk this way, but there are relevant facts that must be reported too. Reading only MSM headlines, you'd be certain that it was a case of murder. And all the well-known Twitter progressives weighed in with exactly that opinion. George Clooney, who's from Kentucky, said he was ashamed of the grand jury decision not to charge the cops with murder. The Speaker of the House, Nancy Pelosi, said Breonna Taylor "was murdered by the police," without laying out the legal justification for that charge.

Pelosi's sticking to the narrative, but if you look into the details, it looks more like a bungled raid than a murder. The police, who didn’t know the boyfriend would be there (a critical error), had a warrant because Taylor was a suspect in a drug-trafficking investigation. When they knocked her door down, her boyfriend shot at them, thinking it was a home invasion. Police returned fire and Taylor was caught in the crossfire. Police fire back whenever they’re shot at, so how could this be construed as a murder? Murder requires intent. Does anyone really believe that, instead of being caught in a situation they didn't anticipate (their fault), that the cops went to Taylor's place late that evening to kill a black woman?

One of the consequences of the media reporting a narrative instead of the facts is a widespread feeling that Taylor's death was a race-related murder instead of a tragedy brought on by poor police decision-making. This wIll stoke violence in the streets, but what it doesn't do is provide the basis for taking action to avoid future tragedies. What should be avoided are midnight raids for non-violent offenses such as drug trafficking, as they unnecessarily increase the odds of this sort of disastrous scenario. Very few of the people taking to the streets understand this key point.

It's bad enough that police have been caught on camera using excessive force against black men such as George Floyd in Minneapolis and Eric Garner in New York City. Bad cops need to be weeded out and prosecuted when they commit crimes, but unions and bad laws often protect them. But the progressive narrative the media offers fans the high flames of anti-cop anger. Two cops were shot in the Louisville protests.

The case of Michael Brown is an example of a progressive media narrative that won't die. On August 9, 2014, a Ferguson, Missouri police officer, Darren Wilson, fatally shot Brown, an 18-year-old black man who was a robbery suspect. There was outrage at the time after false reports emerged that Brown had his hands lifted in the air when he was shot. Wilson claimed Brown had tried to take his gun, an account that the media gave little credence to. A St. Louis County grand jury decided not to indict Wilson, and the U.S. Department of Justice investigated the incident, concluding that Wilson shot Brown in self-defense after Brown tried to take his gun. In 2020, a St. Louis prosecutor spent five months reviewing the case, looking to charge Wilson with either manslaughter or murder. He couldn't make a case, but the progressive narrative is that Brown belongs on the list of black men wrongfully killed by white cops.

Democratic presidential candidates Elizabeth Warren and Kamala Harris marked the five-year anniversary of Brown's death with tweets claiming that a white cop had “murdered" Brown. They echoed the progressive narrative, which doesn't change even when new facts come out. Two prominent Democratic politicians irresponsibly spread a falsehood, exacerbating an already tense racial atmosphere in the U.S. And now we have the same people who still think Brown was murdered telling us that Breonna Taylor was murdered.

A major weakness of the MSM is a tendency to fall for narratives that promote a "good cause." Sometimes this manifests itself in subtle ways, and other times with spectacular failures, such as when Rolling Stone falsely reported a gang rape at the University of Virginia in 2014. The media, echoing the progressive narrative that there was a "rape crisis" on American campuses, went along with that story for 10 days after it came out. And although a careful reading would deliver the conclusion that it was a shoddy work of journalism, the first New York Times report on the Rolling Stone story mostly defended it. Not until independent journalist Richard Bradley began to question the reporting did Sabrina Rubin Erdely's fictitious article begin to unravel.

It's no surprise that Americans' trust in the media is minuscule. The New York Times can't even recognize third-rate journalism. As a consumer of media, the only way to be well-informed is to remain skeptical about the media's competence, understand that they're reporting a narrative instead of the facts, and get your news from a variety of sources.