The “Media Elite” Is Not Solely Conservative

Journalist Timothy Egan ought to look at his New York Times backyard. 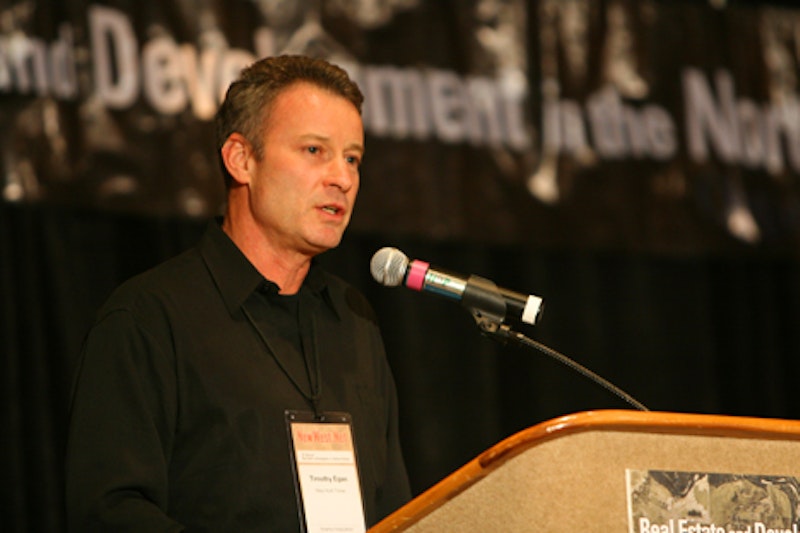 New York Times op-ed contributor Timothy Egan, on Sunday, had the gall to use the word “dignity” in a column about the “diminishment” of a free press—including the expected defenestration of right-wing “media elites”—that made a meathead like Fox’s Sean Hannity appear unbiased by comparison. Egan, the author of several books, is no pauper, but in the in the interest of charity, let’s assume he’s speaking for “real reporters,” whose “mean salary” in 2013 was $44,360, less than the average American worker.

Egan, while acknowledging that the decimation of print media is “not news,” nor “even a sympathy plea for a beleaguered trade whose alumni include Mark Twain, Ernest Hemingway and Joan Didion. But take this perspective into account the next time you hear you hear somebody attack the ‘media elites.’ The true media elites are in talk radio and right-wing television—multimillionaire gasbags from Rush Limbaugh to Sean Hannity. Every day, nearly every hour, they attack reporters, using verbal assaults more consequential than the muscle play by an amped-up academic [University of Missouri’s Melissa Click].”

Like Egan, I dislike Limbaugh, Bill O’Reilly, Hannity or any of the other extreme right-wing celebrities whose influence is powerful among certain audiences. Yet, let’s be clear: while Egan names only Limbaugh and Hannity, along with the red-herring of Wall Street Journal editor Gerard Baker, he completely ignores his own colleagues at The Times—the very affluent (and influential) Paul Krugman, Thomas Friedman, Maureen Dowd, David Brooks and Frank Bruni, not to mention “star” reporters—or well-known journalists at, say, The Washington Post. In addition, while many prominent Fox News hosts are paid extraordinarily well, so are multimillionaires like MSNBC’s Chris Matthews and Rachel Maddow, CNN’s Anderson Cooper, ABC’s George Stephanopoulos, all three network anchors and Today’s Matt Lauer. None of those men and women could be accused of carrying the ultra-conservative banner.

Egan, a proud liberal, laments the loss of a “once-storied” Republican Party, whose presidential candidates supposedly take marching orders from Limbaugh—“So climate change is a hoax, because Limbaugh says so” or Fox, which he claims has convinced Ben Carson that minimum wage increases “always cause jobs losses”—and other conservative commentators who’ve made a “mess of our democracy.” Would Egan consider Richard Nixon and Ronald Reagan, who both operated in the pre-Fox, pre-talk radio era, when print newspapers were rolling in money, “storied.” I doubt it.

Egan writes: “Real reporters get threatened, or vilified on social media, while trying to cover city hall, the state legislature, a rally of heavily armed militants or a campus protest. Too often, the left sees them as an appendage, and the right as an enemy.” I’ve no idea how active Egan is in social media, but I’d wager the “vilification” of the media is meted out equally to both the liberal and conservative. That’s certainly the case on Twitter and Facebook. As for threats to a “free press,” which are real, hasn’t a lot of that come from the academic world, with the promulgation of “trigger warnings” and activist students trying to stifle their school newspapers?

Like Egan (who’s a year older than me), I don’t care for the current media environment, where too much false information is posted too quickly on digital sites, but there’s no turning back. But complaining Fox News has hijacked his profession is simplistic: if that were true, Mitt Romney would be running for re-election right now.