A washed-up Master of the Op-Ed Page can’t figure out modern America. 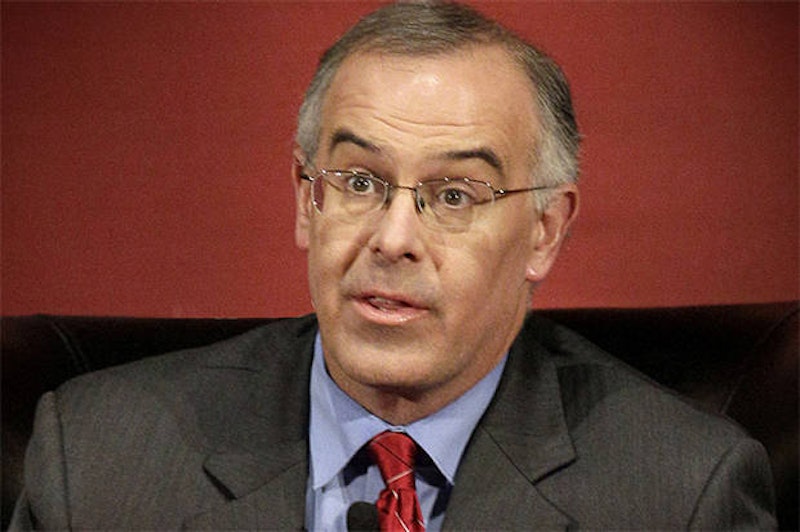 It’s been months since I’ve written about David Brooks. I’m tired of Trump and Roger Stone and Steve Bannon and Jason Chaffetz and Tomi Lahren and Jeff Sessions. I need the comfort of an old punching bag, a worn-in baseball glove. Let’s think about David Brooks. What’ve you been up to lately? Ah: “The Unifying American Story." The top comment: “Wow. How can someone so bright be so wilfully obtuse?” As the commenter points out, Brooks’ imagined “common multigenerational project” in America was really only available to white men for the majority of this young country’s existence. It’s as obvious as the color of the sky or simple addition. Brooks’ writing about the “Exodus story” and Jerusalem is aging Boomer babble, but who can blame him? He didn’t make up this version of American history—it was inculcated in him and his generational peers, and all of a sudden things are moving very quickly. Veils are pulled, people are marching in the streets about problems that whites like David Brooks were simply never aware of, and so they get cranky and pretend these problems are trivial or simply don’t exist at all.

“Today’s students get steeped in American tales of genocide, slavery, oppression and segregation. American history is taught less as a progressively realized grand narrative and more as a series of power conflicts between oppressor and oppressed.” Did David Brooks just become Howard Zinn for a paragraph? Yes, David, students are steeped in America’s genocidal past because that’s reality, not Puritan or colonial fantasy. Politics is the execution of power, and it's better to learn history via that angle rather than whatever fantasy he was fed as a schoolboy in the late-1960s.

As I wrote yesterday about the Nazis and their affinity for methamphetamine, the “grand narratives” and events of history become a lot less supernatural when you break them down into circumstantial power struggles. And I don’t think it’s impossible to be a proud American that acknowledges all the bone, blood, and ash that our country was built on. America is an abstract concept, the first modern country based on a concept rather than a single ethnic enclave—it’s still a valid proposition, and better than most other countries. But to be a proud American is to be aware and not delusional like Brooks. I think it’s useless to glorify the founding fathers at this point: other than a tip of the cap for getting this whole thing set up, why bother? They’re long dead, and no one is watching over our shoulder like in North Korea. Let’s continue with new narratives, acknowledge the past, and refrain from revisionism. No need to edit the sad parts, we have a lot of work ahead that demands our full attention.