The success of a genius doesn't erase racism. 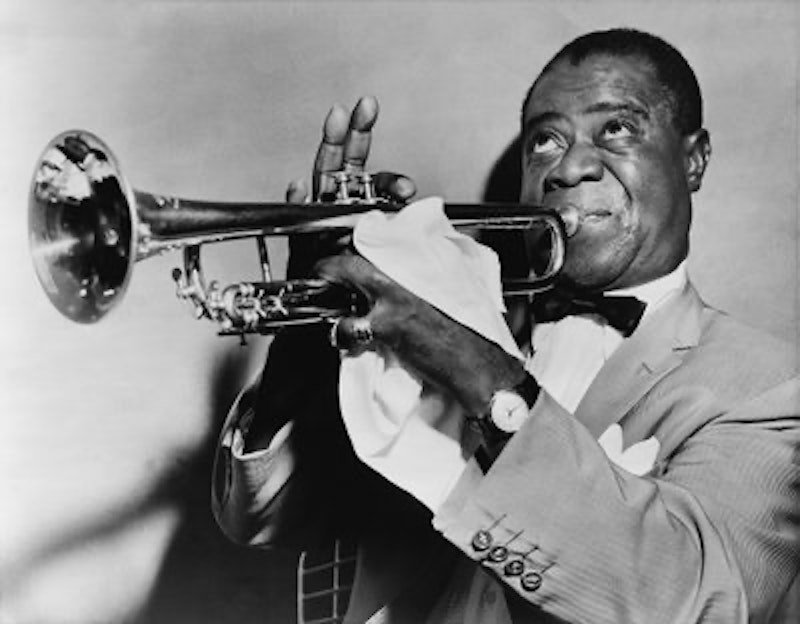 The election of Barack Obama means that there is no more racism in the United States. The fact that some women have been elected to the Senate means that sexism is no longer a major factor in American life. Beyoncé is a superstar, so that means that women of color are celebrated in our culture, not denigrated.

Those arguments may sound fairly ridiculous, but if you spend any time reading about discrimination online, you're bound to stumble across them or their equivalents. I think of it as the Louis Armstrong fallacy: "Louis Armstrong was successful, therefore Jim Crow doesn't exist."

Armstrong is clarifying both because he's universally revered and because he lived, and succeeded, during a time that was extremely racist. Armstrong started his career during the height of what historians have called the "nadir of American race relations." In 1901, the year he was born in New Orleans, 105 people were lynched, and the last post-Reconstruction African-American congressman gave up his seat; there would not be another for 28 years. In 1912, when Armstrong dropped out of the Fisk School for boys and joined a quartet singing in the streets, Democrat Woodrow Wilson, a racist white Southerner, was elected President—the next year he re-segregated the federal government. In 1917, when Armstrong was 16 and playing in New Orleans' brass bands, whites rioted in East St. Louis, IL, killing between 40 and 220 African-Americans. In 1926, when Armstrong's recording "Heebie Jeebies" became a sensation, the Supreme Court in Wyatt v. Adair ruled that racial discrimination in housing was Constitutional.

From the executive branch to the judicial branch, from south to north, America in the early decades of the 20th century wasn’t just racist, but actively, in many ways, becoming more racist than it had been since the end of the Civil War. And yet, Armstrong went from success to success. Even in the Depression, when jazz greats like Sidney Bechet had to hang up their horns, Armstrong flourished, celebrated and beloved.

So how is that possible? How does a society of lynching and segregation manage to turn around and give one black man riches and fame? The answer is in part that no one gave Armstrong anything. No system of oppression is ever total; music was one of the few avenues in which some black Americans were able, through sheer talent and grinding work, to force a racist society to acknowledge their genius, if not their humanity. Armstrong was arguably the most talented American musician ever, in any genre, and still, he was aware that the accolades he received were grudging. “I don’t socialize with the top dogs of society after a dance or concert,” Ebony reported him as saying in 1964. “These same society people may go around the corner and lynch a Negro.” Though he was sometimes accused of being an Uncle Tom during the Civil Rights era because of his generally jovial demeanor and stage presence, Armstrong made no excuses for white America, and could be a harsh critic. During the 1957 struggle to integrate Little Rock Central High in Arkansas, Armstrong called President Eisenhower "two-faced" and stated, “It’s getting almost so bad a colored man hasn’t got any country.”

To use Armstrong to exonerate America of racism is obscene in part because Armstrong's success was accomplished in the teeth of racism—the grandson of slaves, he grew up poor, and was often harassed and arrested by the police. He overcame America's best efforts to thwart him. But that doesn't mean that racism didn't exist any more than Jane Austen's novels mean that women had the same access to education as men did in England in the 1800s. The fact that some people, through luck, skill, and genius, manage to thrive despite oppression is a testament to the human spirit. But the oppressors shouldn't get the credit when, despite their best efforts, in some small way, the oppression fails.