The Little Russian is the New Jew 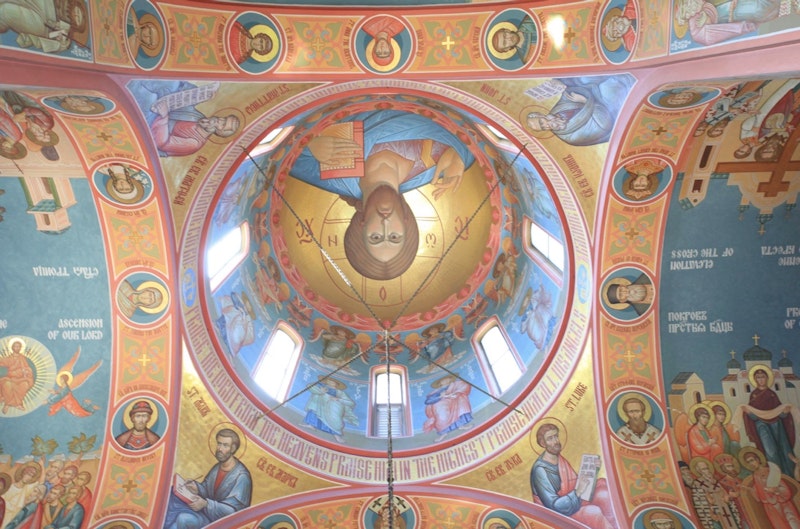 It’s gratifying to me that the Ukrainian—the Little Russian—has, among us traditionalist religious conservatives, assumed something of the baleful totemic significance that used to accrue exclusively to the Jew.

Like the Jew, the Little Russian is a figure of protean malevolence, multivalent according to the needs of his haters—among whom are, I’m proud to say, the vast majority of us Russian Orthodox and right-wing Catholic intellectuals. The Little Russian is shifty, sly, merciless, supernaturally resourceful, a near-demonic squarer of circles and conjurer of blasphemous prodigies from thin air. (It hardly needs saying that his whore wife, whore daughter, and whore mother are no better.)

He is, for example, an exterminationist anti-Semite, as personally responsible as Himmler or Streicher, if not as Hitler, for the world-historical atrocity of the Shoah. He’s also, however, a Jew-loving promoter to his fraudulent and with any luck doomed country’s presidency of a cosmopolite named Zelensky who, in the dark tradition of his jealous Ashkenazi tribe, has pledged himself to disobedience to, and subversion of, Holy Mother Russia and her Heaven-ordained supremacy (alas, in reality much-diminished) over all of the historical lands of Rus.

He’s a bloodthirsty fascist nationalist, the prime embodiment of all of those evil and necessarily anti-Russian “bohunk nationalisms” that grow like mildew in the illegitimate smaller countries of the former Soviet Union. But he’s also a tool of, and aspirant to membership in, the post-national European Union in all of its globalist wickedness.

He clings like a tick to his parochial, insular sub-Russian “culture.” Yet he also aspires, laughably, to membership in that capacious psychic space known as “the West,” whatever little it still means these days.

In fact, we traditionalist right-wing intellectuals might agree amongst ourselves once and for all that the Little Russian has by now exceeded the Jew in terms of what we might call a signifying “Jewishness.” To put it in a less academic way, and to use a wonderfully pungent expression from my own Midwestern childhood—O blessed fecundity of our American English in all of its regional guises!—the Little Russian has by now “out-Jewed the Jew.” This is a feat that, any flinty old Hoosier will tell you, is hard to pull off indeed.

After we all agree in this way, it will remain only to theorize the Little Russian/the New Jew. I propose that a number of us trad-con religious intellectuals submit essays on this theme for collection in a volume to be published by one of the respected university presses, perhaps the University of Pennsylvania Press. As for myself, I’m currently working on my own essay for this foreseen volume, under the provisional title “The Signifying Bohunk.”

Ronan Farrow, it turns out, is something of a false idol.

This surprises me, and I’m not easily surprised when there leaks out evidence of the malfeasance of our establishment journalistic caste. At the same time, this unmasking of Farrow, if that’s what it is, supports my developing thesis, which is this: that the expiring institution of American journalism is populated disproportionately by emotional incompetents and by the mentally disturbed. More, that this fact must inevitably affect how we, the consumers of the media, understand reality. We receive the sunlight, as it were, only through a soiled lens: sticky with crotch-sweat gummed on by moist warm hands, fogged and even stinking from unclean exhalations.

On the other hand, after a chilly spring, nature is in its glory here in rural Indiana. The jasmine is in bloom on the eves of our farmhouse and the air, especially clean after months of economic lockdown, shimmers over the reservoir. “The Lord manifests himself through the benisons of nature,” in the words of St. Porphyry the Lame.

​Let us worship Him!

Let us worship Him!

Let us worship Him!