Most people don't read the articles, so they're easy marks. 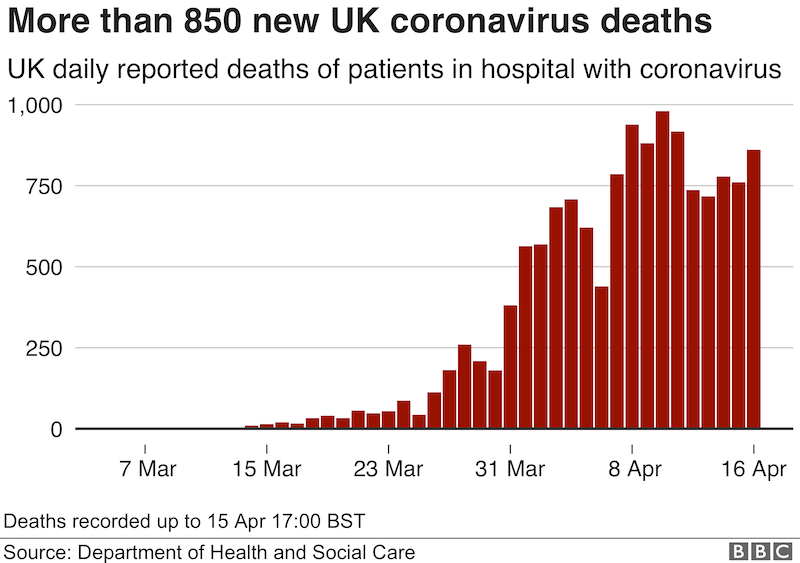 The world faces two separate, but converging, emergencies from the coronavirus pandemic: the direct threat to health from infection, and the indirect threat to both physical and mental health, and to general well-being, from a damaged economy. In the midst of a global crisis, we need the media to do their job, but they're failing the nation. Drunk on self-importance, the media long ago forgot that their job is to be objective in reporting the news. While the complexity and gravity of our current situation requires nuanced reporting, instead we get spin. The media prefers to curate facts in order to paint the bleakest picture possible. Extending the lockdown as long as possible is their ultimate goal.

As the media's figured out that most people don't read beyond the headlines, they tailor their headlines like any propagandist would. It's more indoctrinating than informing. The trick to pulling it off while salvaging your reputation is to promote an agenda without telling actual lies. All the stories on the secondary ill effects related to the pandemic will have to wait, meaning that damage control will start much too late.

The Los Angeles Times ran an article with this headline: "A new high for coronavirus deaths in California as counties push ahead with reopening." Those were deaths in a single day—there were 132 of them out of a total population of

40 million―and the death total’s a lagging indicator that doesn't reflect the current rate of infections. The message for the 60 percent who read only the headlines is clear—county leaders in the parts of the state outside the L.A. area where they're not hit hard by the virus are putting Californians at risk by relaxing the lockdown too early.

But read the article and you get a different story. The previous highest daily death total was 117, in late April. Buried in paragraph six is the information that other metrics are positive enough that even the more cautious health officials believe it's time to begin slowly reopening businesses. There's also the news that the number of newly identified cases of COVID-19 had declined over the previous week (much more meaningful than a one-day death count) and that hospitalizations were down by 15 percent over the peak, which was six weeks ago. Here's an alternative, unslanted headline: "Six weeks after coronavirus hospitalizations peaked, and with death rate on the decline, some counties are preparing to reopen."

The Washington Post ran this headline on May 20: "Coronavirus hotspots erupt across the country; experts warn of second-wave in South." Ominous, with the implication that some places—specifically "Dallas, Houston, Southeast Florida’s Gold Coast, the entire state of Alabama and several other places in the South that have been rapidly reopening their economies"—are in danger over the next four weeks. But then you read the article and learn that this is according to a model using cell phones to track social mobility.

"Experts" have presented many models in the past three months, including the Imperial College model from the disgraced Neil Ferguson in the UK that predicted two million dead Americans and prompted Boris Johnson to abandon his Sweden-like "no lockdown" approach. The "experts" who use models referred to in this Post headline are often wrong by a long shot. They also warned about Florida and Georgia reopening too soon, but those two states are in pretty good shape, something the media doesn't like to cover.

The Drudge Report, in full panic mode throughout the pandemic, ran this headline all in caps: “SUMMER SCARY: MODELS PREDICT QUARTER MILLION DEAD BY AUGUST.” But the model in question, from the University of Pennsylvania's Wharton School, predicts that COVID-19 cases could reach 5.4 million by August and the death toll could be 290,0000, but only if every state opened their economy without social distancing or masks. That's a counterfactual projection, as not even one state is doing this. It's shoddy journalism from Drudge.

This headline is from The Independent: "Coronavirus: 72 people in Wisconsin test positive after attending 'large gathering' as state sees stay at home protests." The protests are apparently having exactly the effect that the media had predicted, but then you click and read this: "However, it is not possible to say if any of these cases trace back to the rally as the health department is not tracking attendance." The headline specifically mentions "stay at home protests," but experts, in fact, don't know for sure if even one of the 72 people actually attended one of them—just one more example of irresponsible journalism.

It's important not to be manipulated into the constant state of anxiety the media wants you in. Those not wedded to one media outlet would benefit from understanding that the media, rather than wanting to help you make up your mind, want to be allowed to do that for you. When you see the word "model," beware. Try to base your views on the available data, especially given the fact that the only way the modelers are going to be criticized is to underpredict the pandemic's spread. But at least take a look at some of the models that project the damage done by the lockdown (suicides, depression, drug overdoses, etc.)—if you can find any.