The Gloom of Night Will Define the 2020 Elections

Vote by mail presents a host of problems in November. 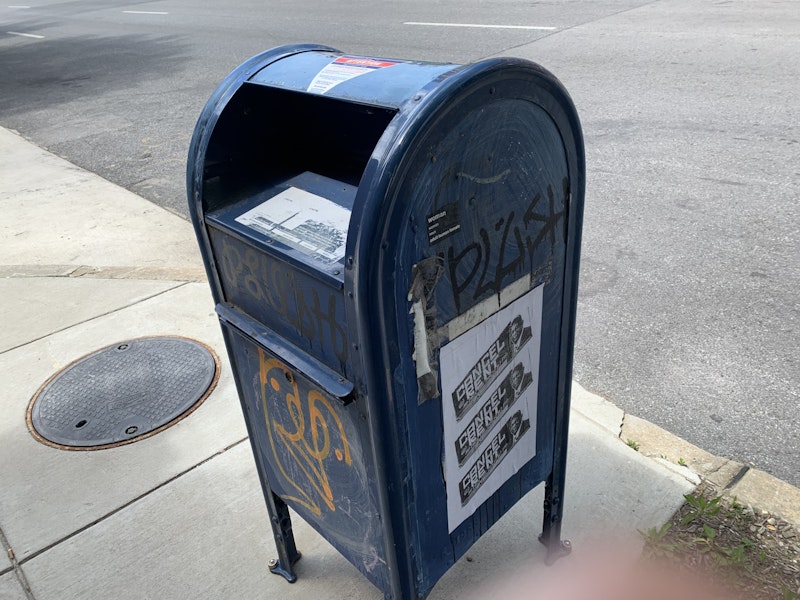 Somewhere under the umbrella of COVID-19—the biggest story, at least in the United States, of the 21st century—lurks an enormous bugaboo that’s surprisingly not receiving much media attention. As of now, the November presidential and Congressional elections—and thousands upon thousands of down-ballot contests—will be conducted mostly by “vote-by-mail,” in addition, one hopes, to standard in-person voting in parts of the country. “Vote-by-mail” isn’t new—Colorado, Utah, Washington, Hawaii and Oregon all use the method exclusively, with little rancor from citizens—but 2020 isn’t an ordinary election year.

I’ve written recently about the United States Postal Service’s sluggish job performance—bad for a generation, but especially crippled currently with the pandemic chaos—and though some Democrats are banging the pots and pans for a federal bailout (who isn’t?), claiming USPS will go bust by September, that’s mostly tit-for-tat drama. I imagine USPS will receive some money, as a concession to Democrats in exchange for a GOP special interest, but who has faith that the November election will be anything but a headache? Never mind that modern-day Tammany Hall bagmen for both parties will have a field day, sacks of ballots sunk in Lake Erie, New York’s East River, the Gulf of Mexico, etc., since a confounding national crisis always leads to undetected mischief—and think about all the ballots that won’t arrive at their destination in time to be counted. In New York, for example, which holds its primary on June 23, how many mail-in ballots will be sent to people who’ve changed dwellings in the past two months?

Baltimore’s June 2 primary—postponed from April 28—is a microcosm of what could, and probably will, happen. As Emily Opilo wrote in the May 17 Baltimore Sun, as of last week registered voters in Baltimore City still hadn’t received their ballots, a matter of consequence since residents will be choosing a mayor (in Baltimore, the primary is tantamount to victory, since Democrats have controlled City Hall for over 50 years). Opilo: “[State Board of Elections Deputy Administrator Nikki] Charlson said Sunday that the Baltimore ballots were mailed by the state’s mail vendor from print houses in Florida and Minnesota.” The ballots were scheduled to be mailed on May 8, but weren’t, leaving mayoral candidates furious.

That’s understandable, given the confusion during the special April 28 primary to replace the late U.S. Rep. Elijah Cummings, a race that former Congressman Kweisi Mfume won. In addition to absentee ballots never received, Opilo says, “Other April 28 ballots never arrived due to delivery issues with the Postal Service. More than 20,000 ballots in Baltimore were undeliverable, state officials reported last week. That was nearly 1 in every 10 sent to city voters, a much higher rate than in Baltimore County and Howard County. [Maryland’s 7th Congressional District, like most of the state’s eight seats, is ridiculously gerrymandered.] Still others were not counted because they were received late or because they were not signed. A total of 5,135 ballots were not counted, 80% because they were received late. Ballots had to be postmarked no later than Election Day.”

In mid-May there’s no way to tell if the Trump/Biden (presumably Biden, unless he’s deposed by a petrified DNC) presidential square-off will be a lopsided win for either candidate or a squeaker, like 2016 and 2000. If it’s the latter, consider those 5135 ballots not counted in a Baltimore election as a hurricane alert. The most recent “battleground” states—Florida, Pennsylvania, North Carolina, Michigan, New Hampshire and Wisconsin—will drive officials of both the Democrats and Republicans to strong drink, but if the country is in “half-operation” mode, which might be optimistic, other states might be tighter than normal.

California, for example. Gov. Gavin Newsom has staked his reputation on a very strict lockdown (closing the University of California college system for the remainder of the year), which may backfire electorally. It’s hard to believe California will go red, but this year’s full of surprises. God only knows what shape New York City, which currently, according to an old friend who lives in Lower Manhattan, resembles a Hieronymus Bosch painting, will be in. On the flip side, GOP strongholds like Ohio, Indiana, Texas and even Wyoming and Montana could be affected. I don’t expect, should he lose, that Trump will refuse to leave office, as some fear, but if the election’s close, the lawsuits from both sides will be plenty, and I have no idea what will take place if the result isn’t decided by Inauguration Day.

One last thought: some have taken to social media to say that Trump’s finished because older people account for a vastly disproportionate number of virus deaths. Come again? New York, Philadelphia, northern New Jersey and Michigan have been the hardest hit: are those cities part of Trump’s base?

It’s with gratitude I note that the word “synergy” isn’t bandied about much these days—it’s mostly a vestige of the 1990s—but on occasion it’s still appropriate. Last week, The New York Times’ Bret Stephens and his longtime Wall Street Journal colleague Peggy Noonan wrote almost identical columns. Noonan reprised her broad description, as Stephens cites, of the Two Americas: the “Protected” and the “Unprotected.” In brief, while agreeing that masks, frequent hand-washing and social distancing make sense, she warns that we can’t become an “agoraphobic” nation, something that the “Unprotected” understand. She writes: “A lot of bad things happen behind America’s closed doors. The pandemic has made those doors thicker.”

Stephens, a resolute #NeverTrumper (though not as obnoxious as neocons Max Boot, Bill Kristol and David Frum), updates Noonan’s classifications to the “Remote” (knowledge workers, educated, well-off) and the “Exposed” (everyone else). He concludes, with #NeverTrump credentials slipping just slightly: “Even now, many Democrats think (and I’m sometimes inclined to agree) they will be able to win this fall on the strength of Donald Trump’s catastrophic failure in managing the crisis. But Trump’s political stock-in-trade is resentment, above all toward those who mistake their good luck for superior merit, or confuse virtue signaling with wise policy, or who impose politics on others without fully feeling the effects themselves… People [the “Exposed”] don’t take kindly to being scolded by those they blame for messing up their lives in the name of some greater good. Those who think the world can be run by remote control will have their folly exposed to failure by those who know it can’t.”

I no longer subscribe to Vanity Fair, but still receive daily emails from the magazine/website. Last week wasn’t a good one for Conde Nast (VF is part of its holdings), which laid off 100 employees and furloughed another 100.

Yet, the come-on emails, called “The Hive,” which are college-level infantile, still arrive. Last Saturday’s was typical. It read: “Good Saturday morning, dear reader! As ever, please pardon the intrusion as you pore over Pema Chödrön’s When Things Fall Apart, say—or, if that’s too on the nose, perhaps The Hundred Thousand Songs of Milarepa. But we could never deprive you of the latest episode of Emily Jane Fox and Joe Hagan’s Inside the Hive podcast, or Abigail Tracy’s incisive reporting on why the newest scheme to champion Trump ally Michael Flynn is doomed to fail. We hope you are enjoying what you’re reading (and listening to). And don’t forget to subscribe to Vanity Fair.”

I’ve already forgotten, although I was reminded to re-up my sub to The London Review of Books.