The Left-Wing Pro-War Pundits, And How They Sucked 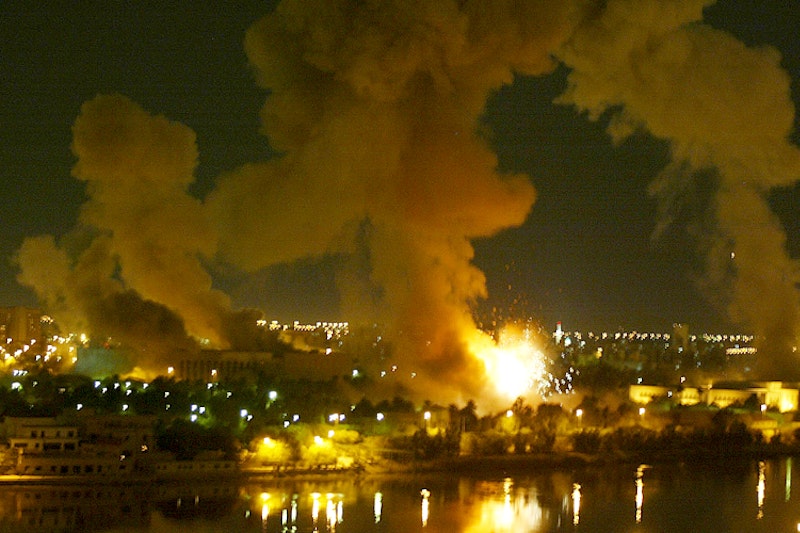 It turns out that all the pundits I read supported the Iraq War. I knew Andrew Sullivan, had, of course; he issues mea culpas with some regularity. And somewhere along the line I figured out that Matthew Yglesias did. But I missed Ezra Klein and Jonathan Chait.

Chait has a particularly brazen non-apology apology up, followed by a whiny post in which he insists that people like him who were wrong about the war should still have a public forum, damn it—and, um, also, civility! It's a graceless performance… all the more depressing because I often like Chait's writing. Why is it so hard to just admit you totally fucked up on the biggest foreign policy issue of your lifetime?

The question is the answer, I suppose. Pundits are paid to issue opinions; admitting your utter incompetence is not only humiliating, but starts to call into question the right to your livelihood. This is truer of leftie war supporters than right-wing ones. At least if you're a conservative like David Frum you were carrying water and being a good, stupid soldier. Chait or Yglesias, on the other hand, have built a brand around fighting The Man. But when it really mattered, they got down and licked The Man's boots as readily as the hacks on the other side. That's pretty damning.

What's also damning, from my perspective, is that the war was so clearly stupid on its face. I didn't follow blogs back 10 years ago the way I do now, but I followed the news, and it was obvious to me that the whole WMD excuse was rationalized nonsense, and that we were marching off to war because, post 9/11, Bush and his cronies a significant number of Americans felt like hitting something. Iraq was a giant mess, squirming and bleeding under years of sanctions, barely able to maintain its position as a regional power, much less threaten us. It hadn't attacked us; it wasn't currently attacking anybody. There was no rationale for war except we felt like it, and that's a crappy rationale.

But all these writers whose job it is to figure out politics and international relations weren't smart enough to know what seems like a first principle to me—you don't go to war unless you absolutely have to. And for their stupidity, they have suffered nothing, except maybe having to apologize every five years or so. It's not that I begrudge them their paychecks. I just wish so many people that I would more or less like to trust hadn't so spectacularly failed their country when it needed them.