Michele Catalano would have to work her way up to be stupid. 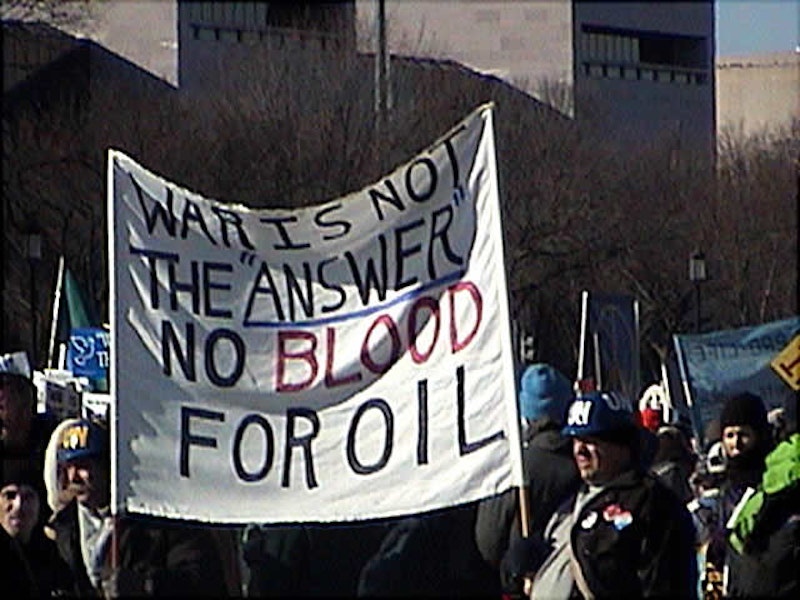 What do you do if you supported the Iraq War? The worst thing is to pretend that somehow you were right—you had the right sort of opinions and it's not your fault if the facts screwed up. The next worst thing is to write “The March to War and Back,” which is what journalist and blogger Michele Catalano did. It's over at a site called Medium. Take a look if you want to see 2000 words of chipmunk anguish and bubbleheaded soul-searching.

Catalano remembers September 11, 2001: “On that day I was still a liberal, still a lifelong pacifist and idealist who believed the world could one day live in harmony with no threat of war and no weapons at our side.” A life-long pacifist. Apparently she formulated this bedrock belief without ever considering that foreigners could kill Americans. Then the news reached her. She got very mad. She wanted a war and George W. Bush gave it to her, and she spent a few years celebrating it on the Internet. Then she noticed we were losing. Guess what?

“All those protesters I made fun of? “ writes Catalano. “All those hippies with their 'No blood for oil' placards I laughed at? They were right. They were right. Blood for oil.” Wait, how did “blood for oil” get in there? Up until this point in the essay Catalano has been complaining about the stubborn absence of WMDs and victory, and the distressing presence of roadside bombs and mass death. Now she slots in an entire motive for the war with no explanation as to why she believes it. Ms. Catalano, what facts and chain of logic led you to believe we invaded Iraq for the oil fields?

Well… none, it appears. Instead she had a flash. A series of flashes, really, but only one of them touched on the oil question. Month after month of bad news from the front, and then: “I had sickening moments of clarity, the kind of clarity that comes only with hindsight. There were no WMDs. This was no 'quick' war. We were sending our troops to their death. For lies. For made-up stories. For oil.” Yeah, there we are.

I'm not saying she's wrong. I'm saying it makes no difference what she thinks because she'd have to work her way up to be stupid. Somebody who's dumb has an intellect that functions badly. Hers doesn't even get a look in. All she has is a word-stringing impulse and a belly packed with drama.

Give the right its due. Last week a Republican senator announced that he was for gay marriage after all. Basically, the senator said, he discovered that his son was gay and this changed everything. His reason caused a great deal of liberal snorting and eye rolling, all of it justified. But one of the best responses was from the right. Scott Johnson of the blog Power Line wrote the following: “Isn’t the possibility of our children’s homosexuality a question we all pose to ourselves in testing our thinking on this issue?” Well, isn't it? Catalano would be baffled. Testing? Thinking? What are these words?