Can journalism get out of the gutter? 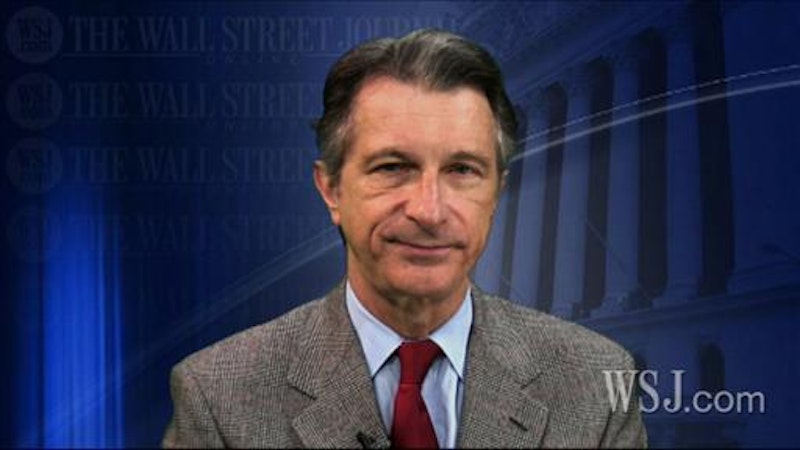 The Wall Street Journal’s Daniel Henninger, whose “Wonder Land” column appears in that paper every Thursday, is one of the few graceful and well-mannered pundits left in the United States. Although thoroughly conversant on the topic of modern politics, Henninger is, in a sense, a throwback to the pre-digital era of newspapering; in other words, he’s not hysterical, doesn’t tap at his iPhone or BlackBerry to relate a snippet for Twitter while simultaneously speaking to an elected official, lobbyist or think-tank spokesman. He’s a civilized man.

Therefore, it was no surprise to read Henninger’s Oct. 11 column, headlined “Obama and the L-Word,” in which he agonized over the current presidential campaign’s descent into a cesspool of distortion, exaggeration, profanity and bile, a plain reality that he likened to “the sleazy world of fascist and totalitarian propaganda in the 1930s” that was “part of the milieu of stooges, show trials and dupes.”

The election campaign of the 44th U.S. president is now calling another candidate for the American presidency a “liar.” This is a new low. It is amazing and depressing to hear this term being used as formal strategy by people at the highest level of American politics… “[L]iar is not being deployed only by party attack dogs or the Daily Kos comment queue. Mitt Romney is being called a “liar” by officials at the top of the Obama re-election campaign.

Henninger names Obama operatives such as David Plouffe, Brad Woodhouse and the ever-quotable Stephanie Cutter (“[Republicans] think lying is a virtue”) and, to add context, blasts New York Times columnist/Democratic icon Paul Krugman for being “the only columnist writing for a major publication in U.S. journalism who has so routinely and repetitively accused people of being liars.”

It’s my guess that Henninger’s dismay about the casual use of the word “liar” is really a symbol of how foul American politics has become in the 21st Century. After all, many of us remember a seething Bob Dole, after losing the New Hampshire primary in 1988 to Vice President Bush, telling NBC’s Tom Brokaw that his opponent ought to “stop lying about my record.” And, if you’ve got the time to sift through the millions upon millions of words Newt Gingrich has spewed in the past generation, I’m certain “lie” or “liar” pops up frequently.

It’s not a novel observation that today’s rancorous politics can be ascribed to a peculiar mix of events and technological advances: the contested Bush/Gore election, 9/11, the rapid decline of print publications (and the economic consequences for once very profitable media companies), a far more coarse popular culture and the seemingly overnight ubiquity of Twitter, YouTube, Facebook, smart phones and probably a number of other digital time-savers that I’m not aware of.

Just months after 9/11 it became impossible to have a political conversation with a colleague or friend whose views were at odds with your own. It resulted in angry, perilous debate and relationships were ended. That’s far different from the Clinton era, in which there was no shortage of material to chew on over coffee, and though voices might be raised, in the end, people hashed it out without personal consequences. Today, I just don’t open my mouth about politics with a left-wing friend, choosing instead to lower the decibel level and blab about sports, films and family.

But more directly to Henninger’s point: as a result of the Internet (as “legacy” companies compete for eyeballs in what’s maddeningly called “real time” with thousands of partisan venues), it’s all politics all the time, a round-the-clock Gong Show, making the 2012 presidential election both the most-covered and mind-numbing race in history. And journalists, once confined to the relative politeness of print, have no compunction about turning nasty and confrontational on, say, Twitter. Just this morning (Oct. 15), The National Review’s Jim Geraghty and The Washington Post’s Greg Sargent had a salty exchange that 20 years ago would’ve taken place in a barroom. Sargent to Geraghty: “Serious question: Can you point to a single poll showing Romney down that you did find methodologically sound?” Geraghty responds: “If you don’t like my assessments of poll samples, unfollow and/or go fuck yourself. Nobody asked you.”

This is all reaching a fever pitch and if the election in three weeks is very close—at this point, with two debates left and scads of contradictory polls, there’s no way of predicting a winner—expect an online explosion, one in which I’m betting many professionals will embarrass themselves at best, or even forever be disgraced.

It’s possible, and this would please Dan Henninger, that digital journalism is just colicky right now and will settle down by the time the 2016 election rolls around. As Robert DeNiro’s Travis Bickle said in 1976’s Taxi Driver: “Some day a real rain will come and wash all this scum off the streets.”