Since Obama has MD wrapped up, polls turn to other ballot questions. 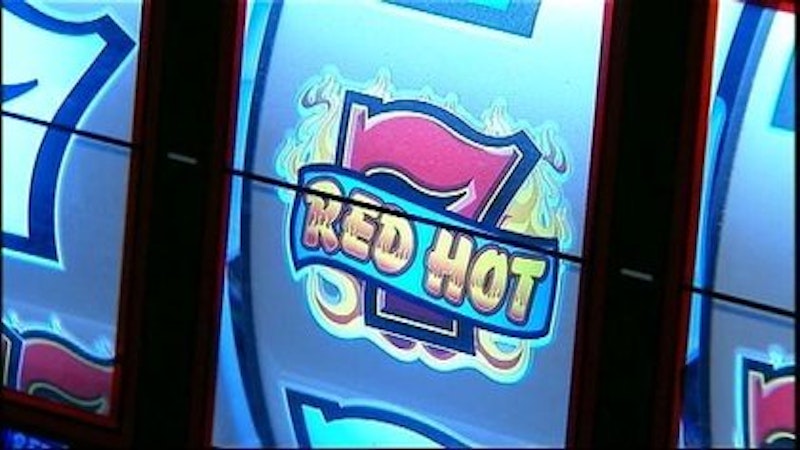 The presidential election in Maryland is almost an afterthought on the November ballot that is top-heavy with controversial social issues. Neither President Obama nor Mitt Romney has established a visible presence in the state but they have chosen as their proxies two bitter rivals who genuinely dislike each other, Gov. Martin O’Malley (D) and his predecessor, former Gov. Robert L. Ehrlich Jr. (R). While it may appear a chance to settle old scores, the cards are clearly stacked in O’Malley’s favor.

Both Obama and Romney are operating within the state’s two political parties rather than through formally established campaigns in Maryland as they are in other states, especially the nine identified battleground states that are the concentration points of the presidential campaign. For Obama, the strategy makes sense; for Romney, the Maryland cause is hopeless. Democrats are the dominant political force in Maryland by dint of their control of the State House, the General Assembly and a two-one voter registration advantage.

Republicans, for their part, are more intent on salvaging an endangered Maryland Congressional seat—one of two of the state’s eight they control—and litigating a handful of social issues that were approved by the legislature and appear in recent polling to have the support of a majority of voters. There is little chance that Romney can carry Maryland or even post a respectable showing in a state that Obama carried by 24 points in 2008. The U. S. Senate seat of Benjamin L. Cardin (D) appears safely out of Republican reach.

Republicans have been successful in leading petition drives to force three emotionally-charged issues to referendum—same-sex marriage, the so-called Dream Act and Congressional redistricting. A fourth, an expansion of legalized gambling, had little support from Republicans in the General Assembly even though the issue was headed directly to the voters as a constitutional amendment.

Same-sex marriage has voters and activists riled up on both sides of the issue. The latest Maryland polling shows that a majority of voters, after years of debate, have evolved to favor approval of the issue, probably because they’re tired of hearing about it. Six states and the District of Columbia have legalized gay marriage. But it has been defeated everywhere voters were given a choice on the ballot. This year, same-sex marriage will be on the ballot in Maryland and two other states, Maine and Washington, where gay activists hope to reverse their streak of bad luck at the polls and reflect acceptance into mainstream politics.

Gay marriage has the active support of O’Malley as well as Obama and has attracted endorsements and money from celebrities such as Susan Sarandon and Sarah Jessica Parker. Even New York Mayor Michael Bloomberg has telegraphed his support and backed it up with a donation of $250,000 to advance the cause. The issue, though, has been especially divisive in the religious community.

The Roman Catholic Archdiocese of Baltimore, which comprises about 500,000 members in 161 parishes in nine Maryland counties and Baltimore City, is uniformly against gay marriage. The rest of Maryland’s Catholics are assigned to the Archdiocese of Washington and the Diocese of Wilmington. Black churches, especially in Baltimore City and Prince George’s County, are divided on the issue, with some actively in favor and others quietly against. Black clergymen have appeared in TV commercials speaking in support of the ballot question.

The Dream Act is a xenophobe’s worst nightmare. Essentially, the Maryland version of the Dream Act would allow children of undocumented immigrants who meet certain conditions to pay in-state tuition at public colleges and universities. Twelve states now grant in-state tuition. These are basically kids who complete public high school and want to further their education. The difference between in-state tuition and out-of-state tuition at the University of Maryland, for example, is $7500 and $25,000.

Opponents argue that there is no accurate way of anticipating the cost to taxpayers of in-state tuition. And they add that such a gesture would deny scarce college spaces to students whose bona fides are authentic. But a recent study concludes that in-state tuition is a sound investment with a generous benefit to the state in terms of income advancement and eventual economic returns to the state by the students. In other words, the more they earn because of education the more taxes they pay. Proponents argue that it’s downright un-American to hand a kid a high school diploma and with it say this is as far as you go. All you’re allowed to do for the rest of your life is cut grass.

Maryland Republicans are behaving as if they’ve just discovered that Congressional redistricting is legalized bodysnatching. They’ve forgotten what Tom DeLay did in Texas and GOP governors across the country have done to bastardize Congressional maps. They, along with the cynical connivance of Democrats and the courts, have used redistricting to blacken certain districts so that others could be whitened. And redistricting is, in large measure, responsible for the partisan gridlock in Washington by partitioning off liberal and conservative districts.

The only guideline for Congressional redistricting is population balance. So saying, Maryland’s Republicans, in an unlikely alliance with a group of disaffected black Democrats, have petitioned the state’s new map to referendum in a desperate attempt to save Rep. Roscoe Bartlett’s Western Maryland seat. The folly is that if voters reject the map, the Democratic General Assembly will return to Annapolis in January and simply re-enact the same map all over again. The referendum will have no effect on the outcome of Congressional elections.

The map was adopted with the motive in mind to make the Western Maryland district more hospitable to Democrats by grafting on a sizeable piece of Montgomery County real estate. The District now extends like an elongated noodle across the northern border of the state from Garrett County to Harford County.

Political amnesiacs forget that a few decades ago Montgomery and Western Maryland combined was the state’s original Sixth District which was represented by a string of Republicans beginning with the late Charles McC. Mathias Jr. Redistricting notwithstanding, Democrat John Delaney, a wealthy financier from Montgomery, has collected a swatch of endorsements and support and appears on his way to defeating the nine-term Bartlett.

In case there’s a Marylander who hasn’t noticed, the most hotly contested item on the ballot is Question 7, the constitutional amendment to expand gambling in Maryland. Gambling interests have spent more than $40 million on advertising and recent polls reveal that voters are in an unforgiving mood to reject the issue. Question 7 would authorize a sixth casino at National Harbor, a mini-city on the banks of the Potomac River in Prince George’s County. It would also authorize table games at casinos as well as an adjustment to the tax structure casino operators pay to compensate for any loss of revenue existing casinos might suffer from an additional franchise.

The casino interests and the developer who are financing the ad campaign argue that gambling expansion will bring thousands of jobs and millions of dollars to Maryland, especially for education. To the contrary, the money would not be additional funding for education but would replace existing spending so that currently budgeted education money could be diverted for other purposes. They argue further that Penn National, which is conducting the competing advertising campaign against the proposed expansion, is merely trying to protect its Hollywood Casino in West Virginia which would lose business to a new Prince George’s location. Whatever the argument, polls reveal that voters are unconvinced.

Democracy in action is a high-sounding phrase that implies allowing the voters to redress their government. Maryland’s constitution deliberately imposes strict standards for petitions to avoid the kind of chaotic citizen initiatives that occur in California. But the new electronic vote-gathering technology combined with Republican obstructionism is taking Maryland dangerously close to a plebiscite form of government and mob rule as is evidenced by this year’s ballot. H.L. Mencken observed, “Democracy is giving the people what they want and most of the time they deserve it.” This year Republicans might get exactly what they deserve—same-sex marriage, the Dream Act and Congressional redistricting.